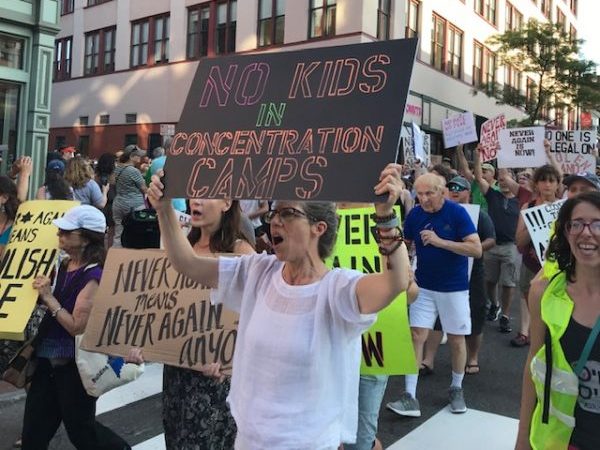 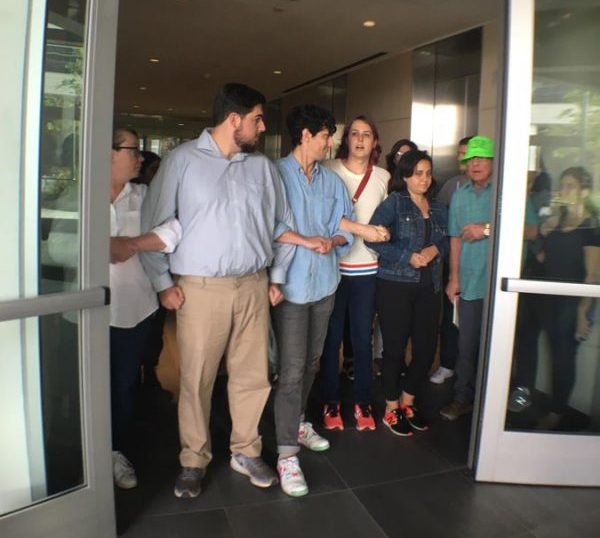 Action in Los Angeles, from Never Again Action on Twitter.