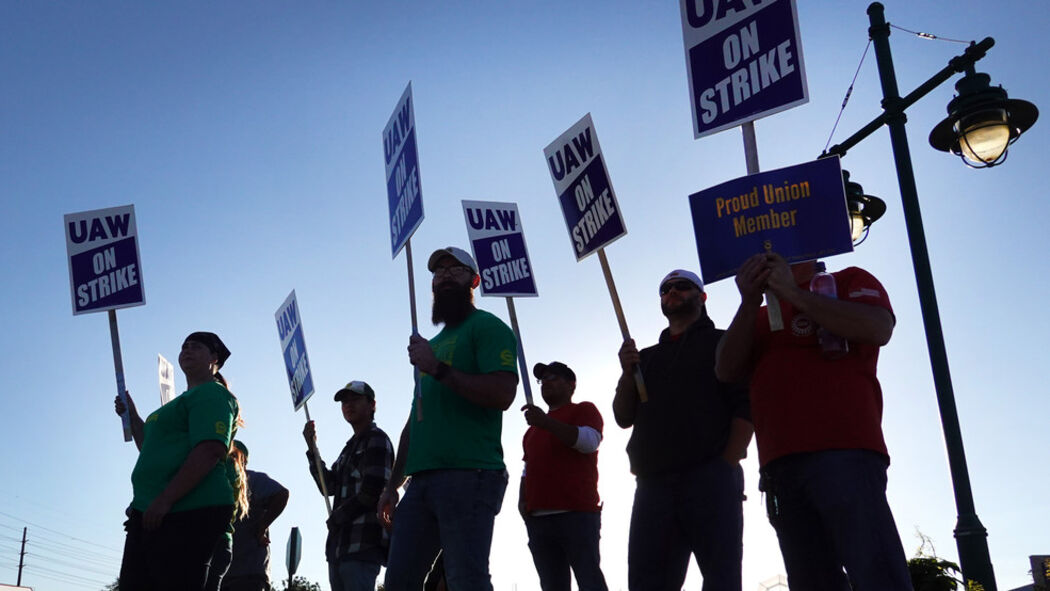 UAW members at John Deere rejected the latest contract offer from the bosses, holding out for the wages and benefits they’ve been demanding from the beginning of their walkout.

It’s time for the entire labor movement to rally in solidarity with this strike as it continues.

Striking John Deere employees rejected a second contract offer on Tuesday. After decades of austerity contracts with cuts to pensions, healthcare, and wages, workers at the farm equipment manufacturer — members of the United Auto Workers (UAW) — are standing up and demanding more, just as the t-shirts they’ve been wearing on the picket lines put it: “Deemed essential in 2020. Prove it in 2021.”

This strike is proving it.

UAW members across Illinois, Iowa, and Kansas voted down the tentative agreement, 55 percent to 45 percent. This is a much closer vote margin than when 90 percent of union members voted down the previous contract offer in early October, which set the stage for the strike that began on October 14.

With 10,000 workers out, the John Deere strike is the biggest of the #Striketober labor movement. The workers have stood strong despite court injunctions to break up their picket lines and the company’s use of managers as scabs.

As one worker said about this latest contract offer, “This time they actually offered something.” John Deere offered to double the immediate wage increase, increase retirement benefits, and maintain pensions for any worker hired after the contract is signed.

But the workers won’t accept scraps anymore — and these are scraps. A key issue for workers was healthcare after retirement, which this latest contract offer did not provide. Further, the wage increases, while significantly more than in the initial proposal, were still meager. As *Our Quad Cities*, an Altoona, **Iowa news outlet reported, the proposal was for wages to increase by 10 percent in the first year and then by 5 percent every other year, with lump sum payments of 3 percent every year in between. Compare that to the whopping 160 percent raise that John Deere’s CEO got from 2020 to 2021. Finally, the two-tier system would remain in place for workers hired after 1997, who would not get the full pension afforded to Tier 1 employees.

The workers know that John Deere owes them much more. In August, the company made profits of between $5.7 and $5.9 billion — at least 62 percent more than in 2013.As one Waterloo, Iowa unionist explains, the workers deserve full pensions and  benefits at retirement — nothing less.

The dollar figures show that it’s just not true when Deere claims this wage increase is the best the company can do. The workers deserve more and, with their vote on the tentative agreement, are showing their willingness to keep fighting for it. Without a doubt, the bosses will try to punish these workers for demanding more. Our solidarity from around the country is more essential than ever.

Hold the line. Solidarity with John Deere workers on strike!