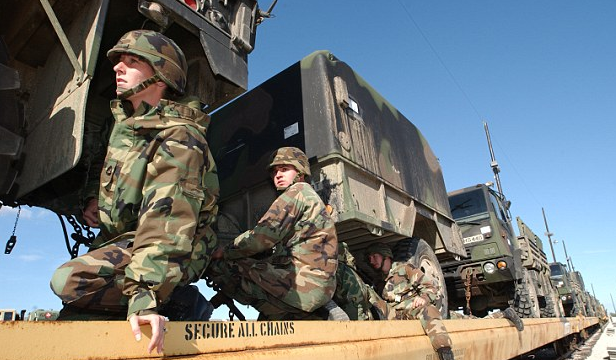 People across the globe are organizing local actions to decry current priorities that spend $1.75 trillion/year on arms when our planet is in crisis. On April 5, the Stockholm International Peace Research Institute will release its annual report on world military expenditures. April 15 is U.S. Tax Day.

This year, April 5 – 18, have been designated as Global Days of Action on Military Spending (GDAMS), days to campaign against military spending and to promote spending on to life-affirming, sustainable social programs. The International Peace Bureau is coordinating plans at the international level. United for Peace and Justice is part of the U.S, planning group.

April 4 is the anniversary of the assassination of Dr. Martin Luther King, and also of his remarkable speech, “Beyond Vietnam: Time to Break Silence,” delivered in 1967, exactly one year before his death. Identifying the U.S. government as “the greatest purveyor of violence in the world today,” Dr. King powerfully described the inextricable links between militarism, racism and poverty in the struggle for peace and justice. His words were both precautionary and prophetic, providing both a diagnosis and a cure – “a true revolution of values”—for our society’s gravest illnesses, “the giant triplets of racism, extreme materialism and militarism.” And they apply more than ever today.

Consider organizing a public participatory reading of “Beyond Vietnam” in your community as part of GDAMS. UFPJ has prepared a “how to” kit, with everything you need, including the text of the speech. (Whatever else you do, be sure to read or listen to this speech!)

Start planning a GDAMS action in your community now! And let the rest of the world know about it by adding it to the UFPJ events calendar.

Read more of our analysis  here: “US Militarism’s Expanse and the Need for an International Movement to Cut Military Spending”