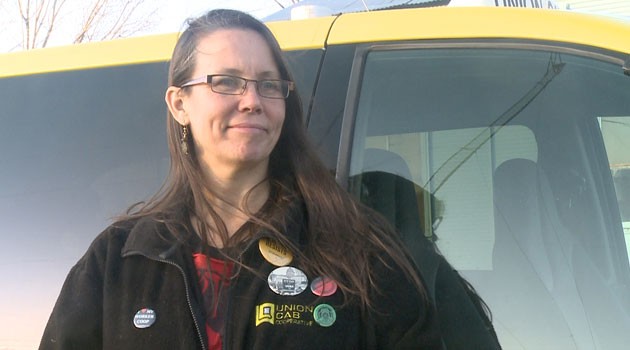 – CLICK HERE TO SUPPORT THE GROWING MOVEMENT OF WORKER COOPERATIVES –
I have spent a good deal of the last decade working actively to build the worker coop movement at all levels – from within my own workplace and through regional, national and international organizations. The US Federation of Worker Cooperatives has become a leading voice for grassroots economic democracy over it’s short 10 year life, and we are poised for even more growth and wider reach in the upcoming years.We have just launched a sustainer member drive to help fund the Federation’s ongoing work to build our members’ power and amplify our voices in discussions of the new economy. Your sustainer member support will allow us to grow the movement from within by supporting member emerging leaders with scholarships and training to serve on boards of key allied institutions; build practical resources by organizing members by industry and sector groups to share benefits wind industry-specific knowledge; and plan for larger growth by building a policy advocacy program and tools to help members organize locally to put worker coops on the community economic development agenda for their cities.Please consider joining us:

CLICK HERE TO SUPPORT THE GROWING MOVEMENT OF WORKER COOPERATIVES

US Federation of Worker Cooperatives

How I Took The Leap To Cooperative Life

WHEN BILL MOYERS ASKED Wendell Berry in a recent interview what gives him hope in a world where corporations rule over people, Berry looked into the audience that was gathered to celebrate the thirty-fifth anniversary of his classic book, The Unsettling of America, and said, “These people.” Berry elaborated: “The world is full of people now who are seeing something that needs to be done and starting to do it, without the government’s permission, or official advice, or expert advice, or applying for grants, or anything else. They just start doing it.”

Ten years ago, I decided that the only way I could live with myself was to become one of these people, too. At the time, I was working as an academic dean while struggling to salvage a Ph.D. in Anthropology. My dissertation was on Kenya, and I had moved there with my first husband and our two, then three, kids. Living in a place shaped by the brutal processes of colonial and then neocolonial wealth extraction opened my eyes and made me want to focus my efforts on the source of the problems back home.

In June of 2000, my infant daughter and I moved back to Madison. I had a job lined up at the university that was to begin in October. In the meantime, I needed to earn some money to contribute to the household of my sister, who was putting us up until the rest of the family joined us at the end of the summer.

After two training shifts, I was on my own as a night-shift driver. I was enchanted by the mystery of the job—not knowing where I would go next or whom I would meet—and was motivated by the relatively good earnings and the camaraderie with fellow drivers.

I was told that Union Cab was a worker cooperative when I was hired, but I didn’t really know what that meant until a few months into the job when a membership meeting was called to discuss the restructuring of the business.

It was hard for me to believe that I was being asked to participate in the serious financial and governance decisions of what was then a $6 million per year business. This wasn’t token participation, either, where managers pretend to consider workers’ input and then make the decisions they wanted to make anyway. This was radical workplace democracy, where every worker had a say and a direct vote in the outcome.

That meeting was passionate! Voices were raised, aspersions were cast, apologies were made, more heated argument ensued, and by the end, decisions were made. As I recall, not everybody was particularly happy about the outcomes, but it seemed to me that everybody left agreeing they could live with the decisions.

As an anthropologist who studied power dynamics, the meeting fascinated me. From that point on, I dove into the social and political life of the coop. The goal of the worker cooperative movement appealed to me: to establish the economic building blocks for a more equitable and just society based not on the profit motive but rather on meeting the needs of people in the community, with decisions made by the people who create the value in society—the workers.

By its very nature, the cooperative endeavor encourages participants to understand themselves as activists who can make a difference—protagonists in their own lives and in the life of the movement. That palpable sense of people’s empowerment was what was so compelling to me about that first Union Cab membership meeting. That’s what happens when people have real power  over important decisions in their lives.

By the time October rolled around and it was time to start my job as an academic policy and advising dean, I was totally hooked into the life and work at Union Cab. I couldn’t imagine quitting the cab company, so I dropped down to one shift a week and squeezed in time to participate on a couple of committees.

My illusions of becoming an activist scholar faded over the next few years as the unpleasant reality of academia set in. Even if I could have sucked it up to complete the degree, and even if I could have landed a teaching position, I couldn’t see myself spending seven years stroking egos and competing for the chance to have job security. It seemed to me an absurd waste of time and energy.

So three years, a divorce, and a dissertation-on-the-skids later, I reevaluated my priorities, deciding that the psychic price I was paying for the salary, benefits, and respectable job title at the university had become too high. When I began to dread going to work, I had this thought: “My life force is too valuable to dissipate it fighting meaningless battles in a dysfunctional institution. My kids and the worker co-op movement need me way more than the university does.”

That’s when I stepped off the career path and into the chaos of becoming a person who doesn’t wait for permission or payment to act, but who does things because they need to get done. It was among the most liberating acts I have ever taken.

That was 2003, and I felt an urgency about the misery and destruction wrought by overconsumption, the fossil fuel industry, the war machine, unprecedented concentrations of wealth and power, the nearly complete privatization of the commons, and our thoroughly corrupt electoral politics. This drove me to seek answers to the question: How are we going to take care of ourselves, each other, and the air, water, and land we depend on to survive when the systems supporting this death-trip finally collapse?

I didn’t ask anyone’s permission to pursue that question, and I decided that what I did to make money could be separate from that. It helped that I had a new life partner who supported, even if he didn’t fully understand, this leap into the unknown. I picked up more hours at Union Cab, my partner and I started a snow removal business, and I took on small janitorial and bookkeeping jobs.

Then I got down to doing the fundamental work of any campaign for radical social transformation: building relationships based on trust and mutual respect, and supporting people’s capacity to engage in democratic processes.

I began organizing around my kids’ schools, which were being threatened with closure. Out of that campaign came a deeper integration with other public education activists that helped promote more democratic participation in the school district.

That paid off later as we successfully fought off a particularly horrid charter school proposal. I also led two school-community garden initiatives that gave neighbors a stake in the life of the schools, which in turn built political power in anticipation of the next, inevitable proposal to close them.

At Union Cab, I worked with others to devise a peer review conflict resolution system, which trained workers in mediation techniques and processes and flattened out what little hierarchy there had been in dealing with worker discipline. A group of fellow workers now administers the disciplinary policy, with an emphasis on problem solving rather than punishment.

I was also elected to the board of the U.S. Federation of Worker Cooperatives, and subsequently to positions within the international worker cooperative organization, CICOPA.

Helping to create new democratic institutions has been thrilling—and daunting. At the inaugural meeting of CICOPA- Americas in Mexico two years ago, I shared the table with representatives from all over Latin America. Some of them had spent decades resisting U.S. military interventions and economic impositions.

When the introductions came around to me, I was at a complete loss for words. As the delegate from the country whose government had wrought destruction on so many of their homes, families, and communities, what could I really say to these people who had spent their lives building something out of those bitter ashes?

Without forethought, I stood up and apologized for the actions of the U.S. government and the corporate interests they protect. In particular, I apologized for the military coups, the free trade agreements, and the war on drugs. That statement surprised me as much as it did everyone else in the room. And I worried it sounded a little grandiose, but the sentiment behind it was genuine, and that is how it was received. They listened to me as I listened to them. I appreciated their kindness and their receptivity, and we
moved forward on a firm basis.

As we collectively grapple with the question of how we will care for each other in the face of collapsing natural and social systems, we won’t have the money or the military might on our side. What we will have is our relationships with each other. Let’s build them.

This article appeared in the December 2013/January 2014 Edition of The Progressive.

– CLICK HERE TO SUPPORT THE GROWING MOVEMENT OF WORKER COOPERATIVES –