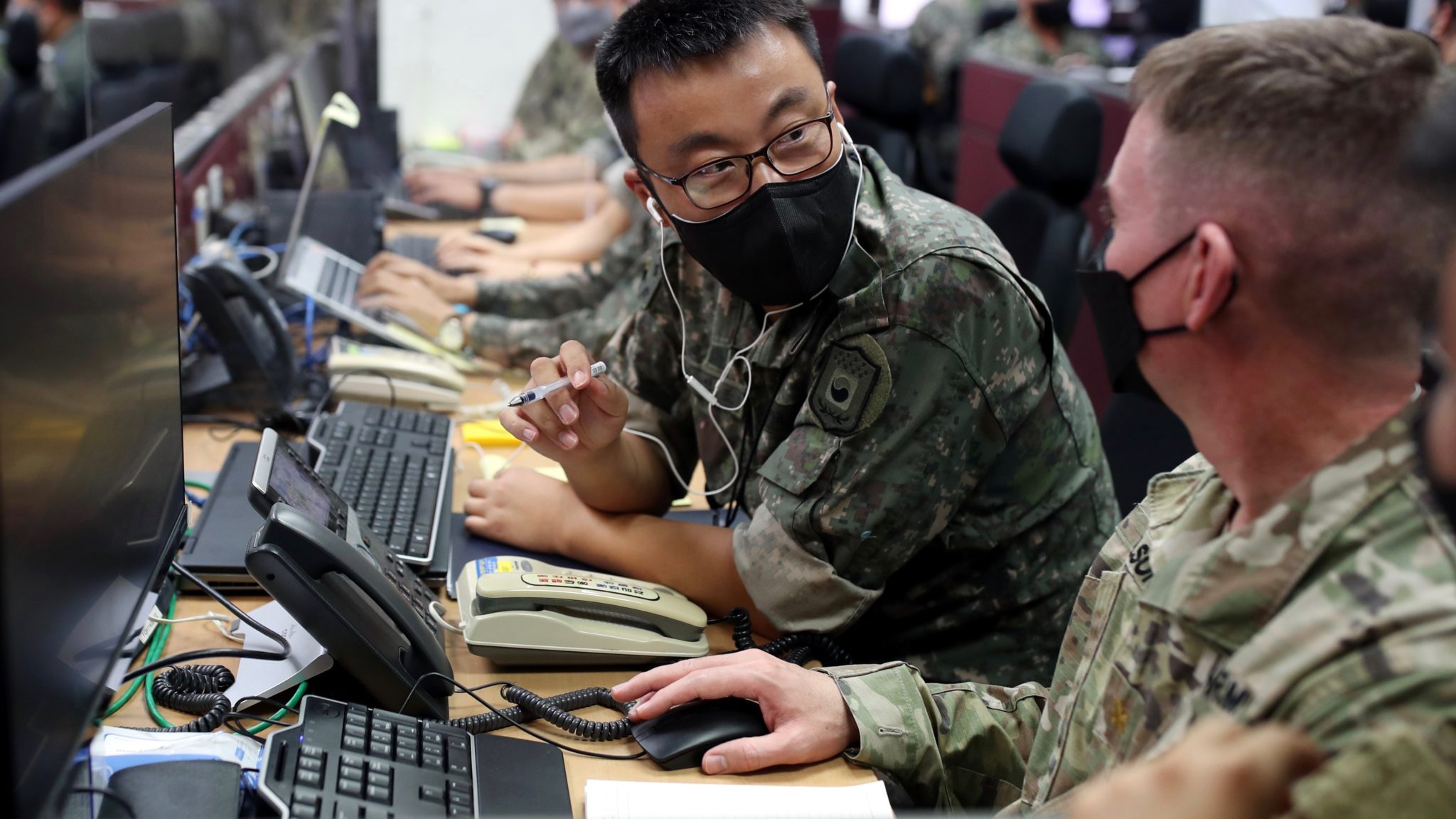 Above Photo: (US Ministry of Defense).

The military exercises point towards a more aggressive US presence in the Pacific and increasing encirclement of China.

Between August 22 and September 1, the United States and South Korea concluded their largest joint military drills in the Korean Peninsula since 2017, under the name ‘Ulchi Freedom Shield’. Over the last four years, the scope of the annual exercises had been scaled back, first because of Donald Trump’s attempts at diplomacy with North Korea’s Kim Jong-un and later because of the COVID-19 pandemic.

With these drills, however, the US and South Korea seem to be attempting to send a clear message to both North Korea and China of their united military posture in the region, and come at a time when the US’ encirclement of China continues rapidly.

The military relationship between the US and South Korea, officially the Republic of Korea (ROK), has a long history, stretching back at least as far as the Korean War. The US has maintained a force of at least tens of thousands of troops in South Korea since prior to the Korean War, and, while South Korean forces are otherwise independent, at times of war they are subordinated to the command of a US general as part of the ROK/US Combined Forces Command. 28,500 US troops are stationed in South Korea, making it the country with the third highest number of US troops outside of the US.

While the recent exercises have been conducted against a nameless enemy, it is not hard to see towards whom their message is aimed. The site of the exercises is only 32 kilometers from the border and De-Militarized Zone (DMZ) between North and South Korea. Live-fire tank and troop maneuvers have been practiced as the US and the ROK engage in simulations and seek to increase interoperability of their deployments and technologies. War-gamed attempts to seize “weapons of mass destruction” and mount a defense of Seoul suggest that they are preparations for potential conflict with North Korea.

Trump’s attempts to seek a diplomatic end to the North Korean nuclear program were unsuccessful, as have been the US economic sanctions and blockades. These exercises must be seen as a continuing show of force towards the same chief end. As part of his campaign and even more recently, new South Korean Premier Yoon Suk-yeol has touted his willingness to engage in “decapitation strikes” against the North Korean leadership, as part of a broader turn towards support for, and from, US interests in the region.

He has also more recently offered a bouquet of economic enticements for North Korea to abandon its nuclear program, an offer that was rejected out of hand by Kim Jong-un’s sister Kim Yo-jong, who pointed out that it was merely the restatement of a similar offer that had been made and dismissed in the past. The North sees its nuclear arsenal as non-negotiable and the key to its global legitimacy, and is no doubt also aware of what has happened to other countries such as Libya and Iran that have agreed to put holds on their military nuclear capabilities at the behest of the US. With US bases and troops having been positioned so close to its border for almost its entire existence as a country, it is easy to understand why North Korea does not see a reduction in its military capabilities as a particularly pressing or, indeed, sensible priority.

The resumption of these joint military exercises has also been viewed with alarm by China, which, like North Korea, has repeatedly pointed to US attempts to set up a NATO-like organization in Asia. As tensions in the region reached unprecedented levels recently following US politician Nancy Pelosi’s provocative visit to Taiwan, it seems that US military presence in the region is only likely to increase in the near future.

South Korea and the US also recently participated in trilateral military exercises with Japan near Hawai’i, signaling what might be a new low in hostilities that trace their roots to the Japanese occupation of Korea which only ended in 1945 when the administration of South Korea was handed over briefly to the US. This too has been noted with concern by China, and suggests that the US is coordinating its allies in the region as it attempts to extend its global hegemony ever-further eastward.