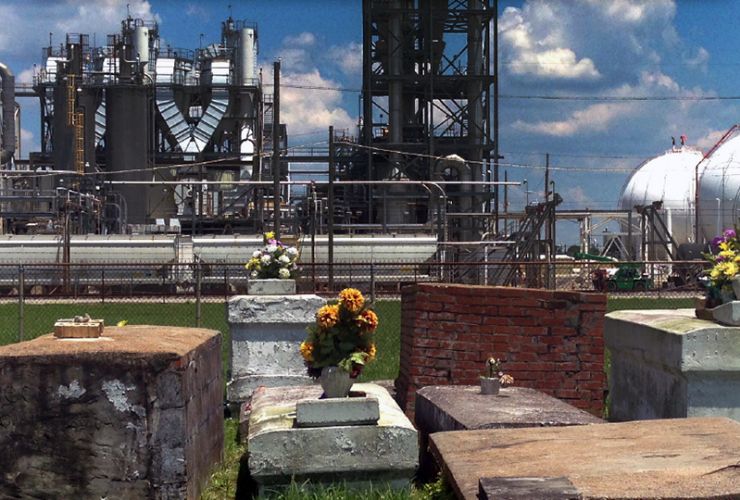 May 31, 2019, Baton Rouge, Louisiana – Today, a judge in Louisiana denied an emergency request by community leaders to march across two Mississippi river bridges as part of a five-day march through Cancer Alley. During the hearing, an attorney for the state police said that such marches are against the law and subject to felony charges, citing a law that carries up to 15 years imprisonment. The march, organized by the Coalition Against Death Alley, seeks to bring attention to the poisoning of Black communities in Louisiana’s Mississippi River parishes by hundreds of petrochemical companies.

“It is extremely disturbing that people who want to walk across a bridge in one of the most fundamental forms of peaceful protest are facing up to 15 years in prison,” said Center for Constitutional Rights attorney Pam Spees, attorney for the marchers. “These laws were enacted to begin with to discourage and control civil rights protestors in the 1960s. And they’re being deployed now to discourage this generation of people doing everything they can to get the message out about the horrific situation in what is widely known as Cancer Alley.”

The land along the Mississippi River parishes, commonly referred to as “Cancer Alley,” or “Death Alley,” is the historic home to generations of Black communities in Louisiana. With the support of state and local governments in the area, over 200 petrochemical companies have built industrial plants on the land and polluted local communities with toxins known to cause cancer, birth defects, cardiovascular complications, autoimmune disorders, and respiratory diseases. According to the EPA, the area near just one of the plants, the Denka chemical plant, has the highest risk of developing cancer from air pollution in the nation.

Said Sharon Lavigne, a community leader and member of the Coalition Against Death Alley,  “They’re threatening to charge us with a 15 year felony because we would inconvenience drivers over the bridge and disturb their quality of life, when all we’re trying to do is bring  attention to the fact that people are dying and our communities and our history are in danger of being erased.”

The march began May 30 in Reserve, Louisiana and is scheduled to reach the State Capitol in Baton Rouge on Monday, June 3. Marchers chose to cross the bridges over the Mississippi river during daylight hours on the weekend. After the hearing, an attorney for the state police sent a written warning to attorneys for the marchers saying that any attempts by marchers to enter the bridges on foot would result in their being detained and possibly arrested under a series of laws, including one that carries up to 15 years imprisonment.