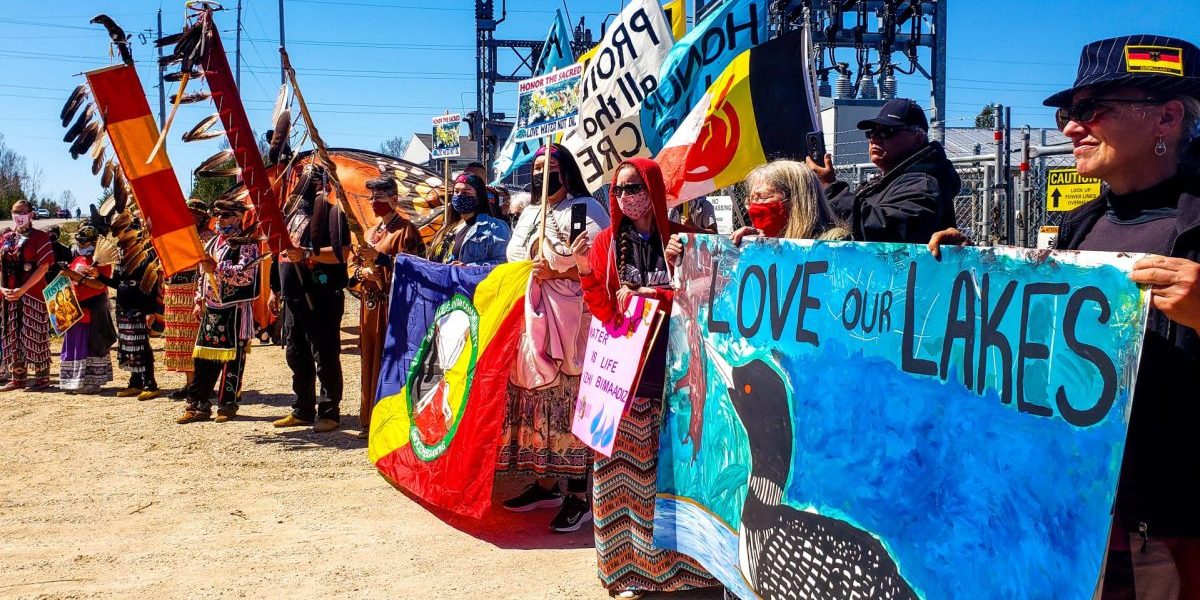 A federal judge retained jurisdiction Tuesday in a dispute over a Canadian oil pipeline that runs through a section of the Great Lakes, rejecting Michigan Gov. Gretchen Whitmer’s contention that the case belongs in state court.

The matter “is properly in federal court,” she wrote in a 15-page opinion that drew praise from Enbridge. Whitmer’s office expressed disappointment and environmentalists ramped up pressure on President Joe Biden to intervene.

A 4-mile section is divided into two pipes that cross the bottom of the Straits of Mackinac, where Lake Michigan and Lake Huron meet.

Whitmer ordered Enbridge last year to close the 68-year-old line, agreeing with Indigenous tribes, environmentalists and tourist businesses that it risks a devastating spill. Enbridge, based in Calgary, Alberta, contends the line is safe and ignored the Democratic governor’s May 12 shutdown deadline.

Michigan, which owns the straits bottomlands, notified Enbridge in November 2020 it was revoking a 1953 easement allowing the pipeline to go there. Granting permission was a mistake that violated the public trust and Enbridge has failed to operate the line safely, Whitmer’s administration contended in a lawsuit.

State Attorney General Dana Nessel filed the case in Ingham County Circuit Court, arguing it was a state matter. Enbridge responded with a federal suit in Michigan’s Western District and urged Neff, who’s based in Grand Rapids, to take control. Mediation between the two sides produced no agreement.

“This is both a federal and international law issue,” Enbridge spokesman Ryan Duffy said Tuesday. “Line 5 is vital, critical infrastructure which is operating safely and is in compliance with all applicable laws.”

Whitmer remains convinced that “Michigan’s sovereign rights and duties regarding the use of our own lands and the protection of our Great Lakes are matters that belong before the state courts of Michigan,” spokesman Bobby Leddy said. “Regardless of today’s ruling, we remain committed to getting the Line 5 dual pipelines out of the water as quickly as possible.”

Canada has described continued operation of Line 5 as “non-negotiable.” Its government last month invoked a 1977 treaty barring official actions in either country that would impede cross-border “transmission of hydrocarbons.”

The White House last week pledged to “engage constructively” in talks with Canada about Line 5.

Tribes in the region contend the pipeline violates their treaty rights dating back to the 1800s.

Line 5 opponents are pushing Biden to revoke a separate permit issued by President Dwight Eisenhower in 1953 that allowed another section of the pipeline to cross the U.S.-Canadian border beneath a river separating Port Huron, Michigan, from Sarnia. Biden hasn’t taken a public position.

“Now it’s time for President Biden to stand with Governor Whitmer to uphold state and tribal sovereignty in this case,” said Beth Wallace of the National Wildlife Federation.

State and federal agencies are considering Enbridge’s proposal to drill a tunnel beneath the Straits of Mackinac for a new section of pipe that would replace the existing twin lines. The project, if approved, would take years to complete.