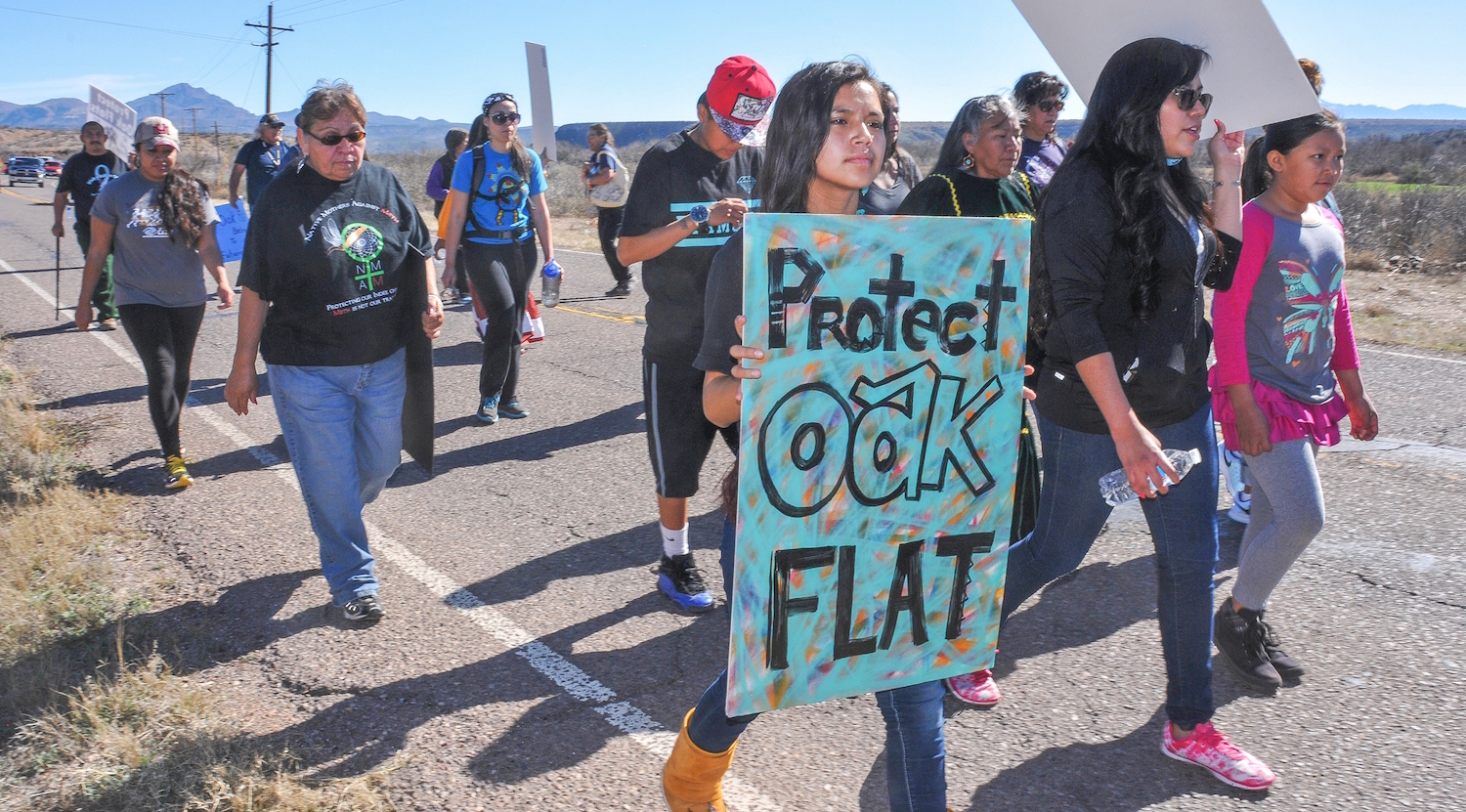 Phoenix, AZ – This afternoon, U.S. District Court Judge Steven Logan denied Apache Stronghold’s request for an injunction preventing the giveaway and destruction of sacred Oak Flat to Rio Tinto/Resolution Copper.  Judge Logan said that Apache Stronghold has no right to ask the Court for help because they are not an officially designated a “sovereign nation.”  Judge Logan said that the U.S. Government has no Trust Responsibility to the Apache even though their Treaty of 1852 says, “the government of the United States shall so legislate and act as to secure the permanent prosperity and happiness of said Indians.”  In reaching this conclusion, the Judge quoted a case saying, “The exclusive right of the United States to extinguish Indian title has never been doubted.  And whether it be done by treaty, by the sword, by purchase, by the exercise of complete dominion adverse to the right of occupancy, or otherwise, its justness is not open to inquiry in the courts.”

Judge Logan also concluded that the complete destruction of Oak Flat, turning it into a two mile wide crater over a thousand feet deep, and eliminating the Apache ability to practice their religion” is not a “substantial burden” on the Apache because they are not being “coerced to act contrary to their religious beliefs by the threat of civil or criminal sanctions” even though after Oak Flat becomes private property on March 11, Apaches praying there will be subject to arrest and prosecution for criminal trespass.

“We are very disappointed, but we are not giving up and are excited to appeal to a higher Court and to prove our points where we disagree,” said Apache Stronghold leader and former San Carlos Apache Tribal Chairman Dr. Wendsler Nosie, Sr.  “To say that we are not being coerced is not accurate as I am living there, we are praying there, yet if Rio Tinto gets Chi’chil Bildagoteel and the land becomes private property on March 11, we will be arrested for criminal trespass on our own Sacred Land.”

Judge Logan also said that the U.S. Supreme Court case Hobby Lobby does not apply because “the Court considered the discrete issue of whether corporate entities could be considered ‘persons’…”; however, the Supreme Court ruling protected individuals, saying that “[i]t requires the Hahns and Greens to engage in conduct that seriously violates their sincere religious belief…” and “[i]f they and their companies refuse to provide contraceptive coverage, they face severe economic consequences.”

“We don’t understand how the Court can protect that the Hahns and Greens in Hobby Lobby from a government action ‘that seriously violates their sincere religious belief,’ when the Court does not protect us as our sacred Chi’chil Bildagoteel is about to be destroyed, our Deities killed and our Apache religion lost forever?” added Dr. Nosie.  “It this what the Court considers a compelling government interest?”