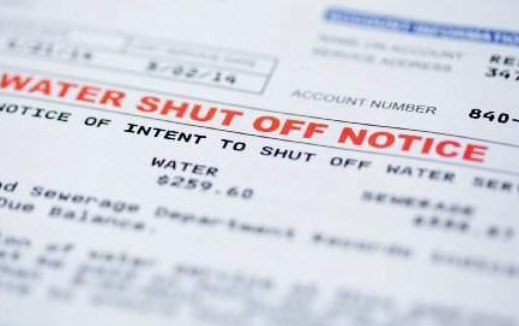 Note: The Detroit News reported: “U.S. Bankruptcy Judge Steven Rhodes on Monday refused to block the city from shutting off water to delinquent customers for six months, saying there is no right to free water and Detroit can’t afford to lose the revenue. Rhodes’s order served as a stinging rejection of arguments made by thousands of protesters who staged rallies last summer fighting shutoffs and argued that there is a fundamental right to water service. “There is no such right or law,” Rhodes said.”

The Detroit Water Brigade issued the following statement in response to the judge’s ruling: “The Detroit Water Brigade strongly condemns the decision today by Judge Steven P. Rhodes of U.S. Bankruptcy Court to allow Detroit’s aggressive water shutoff program to continue unimpeded. Each day, hundreds of our neighbors and friends are losing access to life’s most essential ingredient for the simple fact that they are unable to pay. This affront to dignity and human rights will not continue on our watch: today we pledge our voices and our bodies to protect each other when the legal system will not. Over the coming weeks, we will initiate a sustained and escalating campaign of nonviolent direct action with a simple demand: that water be restored to all the people of the City of Detroit.”

Detroit’s bankruptcy judge today said he lacked the authority to issue a restraining order to stop water shutoffs over delinquent bills, saying that there is no constitutional right to water and a moratorium would be a financial hit to the Detroit Water and Sewerage Department.

“Chapter 9 strictly limits the courts’ power in a bankruptcy case,” U.S. Bankruptcy Judge Steven Rhodes said as he read a ruling from the bench this morning.

While Rhodes’ ruling made it clear he understood the scope of the problem of water shutoffs in a city with deep poverty, he said the plaintiffs in the case — advocates including Moratorium Now, the Peoples Water Board and the National Action Network — did not make the case that a six-month moratorium was necessary or within his powers.

He also noted that Detroit and Wayne, Oakland and Macomb counties are in the process of approving a new Great Lakes Water Authority under which Detroit would maintain ownership of the region’s water and sewer system but lease the pipes that largely serve the suburbs, in exchange for $50 million a year for 40 years dedicated to fixing aging water and sewer lines.

Given that Detroit is in bankruptcy and under intense pressure to make every operation in the city as cost-effective and efficient as possible, “the last thing it needs is this hit to its revenues,” Rhodes said.

Alice Jennings, a lawyer representing the plaintiffs who sought a moratorium on water shutoffs, said she is disappointed in Rhodes’ ruling and will look to appeal his decision.

Jennings said the most important part of Rhodes’ ruling was his admission cutting off water service causes irreparable harm. Jennings pointed out the city does not have specific data on how often water has been cut off at homes with children or disabled people.

Jennings said federal mediators and the state came up with a plan to save art at the Detroit Institute of Arts. Why not a plan to save people without access to affordable water, she asked.

“We need to evaluate how many people are without water and the safety and health risks involved,” she said. “Come up with the grand bargain to save the health and safety of the children and seniors.”

The testimony came this morning in the hearings on Detroit’s bid to get out of bankruptcy.

Rhodes also is likely to hear updates from city lawyers about the agreement reached last week to keep emergency manager Kevyn Orr on the job until the bankruptcy exit strategy is approved, yet restore power to run city government to Mayor Mike Duggan and the City Council.

During a meeting of the city’s financial advisory board on Friday, Orr outlined the arrangement that will keep him in charge of shepherding Detroit through the final stages of its bankruptcy.

Orr will technically remain emergency manager until the plan of adjustment is confirmed, but he relinquished control of city government back to elected officials in a deal announced Thursday. Without the powers of emergency manager, he told the board, it wasn’t clear he’d have the authority to conclude bond deals crucial to the city emerging from the largest municipal bankruptcy in U.S. history.

Orr said he expects testimony to last only a couple more weeks.

“Hopefully sometime between the end of the trial and Thanksgiving we’ll have a final ruling,” Orr told the board.

Orr is among the next four witnesses Jones Day lawyers for the city plan to call this week. An amended witness list the city filed last week said that, before Orr appears on the stand — for what’s likely to be some of the most critical testimony of the case — the city plans to call:

■ Gaurav Malhotra, a managing partner at the accounting firm Ernst & Young’s Chicago office, who has been a key financial adviser to the city.

■ Ken Buckfire of Miller Buckfire, the investment banker who has been advising Detroit on matters like creation of a regional water authority.

Rhodes said last week, after a day and a half of testimony on the water shutoffs, that he would issue a ruling this morning.

Advocacy groups who sought a moratorium on shutoffs testified last week that the Detroit Water and Sewerage Department’s policies of mass shutoffs — 19,000 in recent months — are leaving low-income households with seniors and children without water service.

They asked Rhodes to issue a temporary restraining order to stop the shutoffs until the city can come up with a better way to address the unaffordability of water service in a city where more than half of households live at or below 150% of the federal poverty level.

Also last week, Rhodes agreed to hear an appeal from labor activist Robert Davis. He asked the judge for permission to file a lawsuit in Wayne County Circuit Court on allegations that the Detroit council illegally met in closed session to debate the agreement that keeps Orr on to manage the bankruptcy.