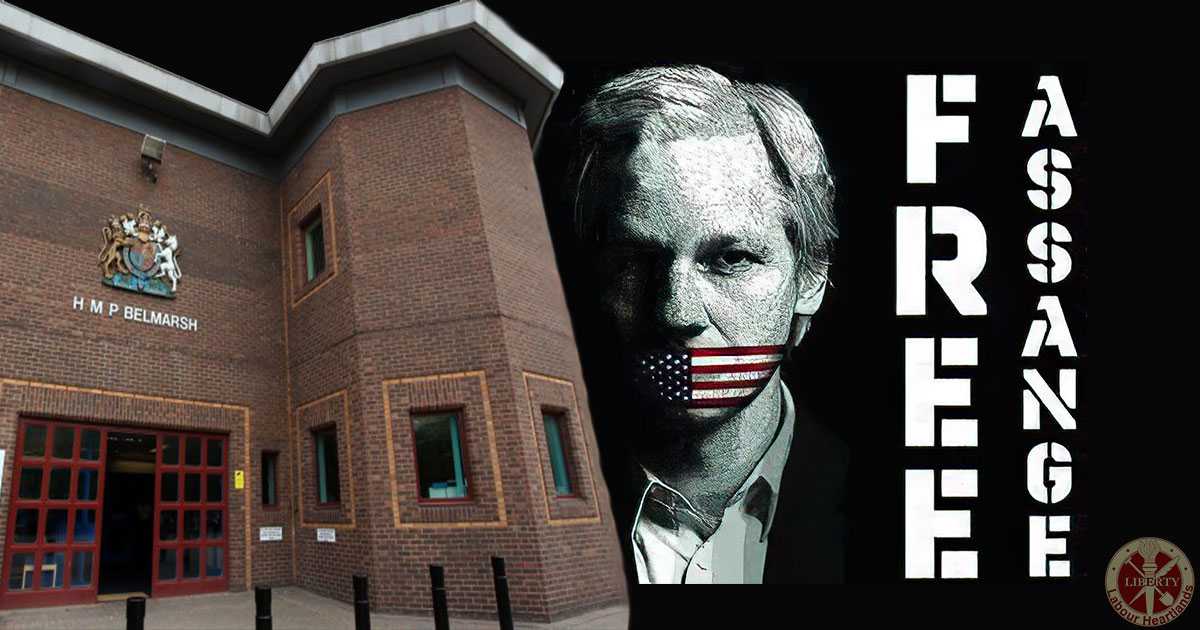 WikiLeaks founder Julian Assange has been denied bail today following Monday’s verdict in his battle to against extradition from Britain to the United States.

“Two days after blocking Julian Assange’s extradition to the United States, District Judge Vanessa Baraitser has denied Assange’s bail application, keeping him in custody at HMP Belmarsh while the U.S. appeals the decision.

Lawyers for Assange today argued to release Assange immediately, saying he would accept stringent conditions including house arrest. Defense lawyer Ed Fitzgerald said the “natural consequences” of the judge’s ruling on Monday, which ordered Assange’s discharge, “must be that he regains his liberty, at least conditionally.”

Fitzgerald argued that since October 2019, Assange has been detained solely on the basis of the U.S. extradition request. Now that the judge has ruled against extradition, there is no more reason to keep him in prison. Fitzgerald noted that outgoing U.S. prosecutor Zachary Terwilliger, reacting to the blocking of Assange’s extradition, told the press yesterday that he wasn’t even sure if the incoming Biden administration intends to continue its prosecution of Assange.

“It will be very interesting to see what happens with this case,” Terwilliger said. “There’ll be some decisions to be made. Some of this does come down to resources and where you’re going to focus your energies.”

Fitzgerald also argued that Assange must be released for his own safety. Belmarsh has seen a spike in COVID19 cases in December, and a fellow inmate has recently committed suicide.

Finally, Fitzgerald said Assange should be freed for “broader reasons of humanity,” to finally be allowed physical contact with his family—his partner and their two young children.

Prosecutor Clair Dobbin, acting for the U.S., said that the denial of Assange’s extradition, based on mental health grounds — the judge ruled it would be unjust and oppressive” to extradite Assange due to the high risk of suicide — “hangs by a single thread.” Dobbin said that Assange’s seeking of asylum in the Ecuadorian Embassy in London shows his determination to avoid U.S. extradition, and she noted WikiLeaks’ assistance of whistleblower Edward Snowden as he sought asylum after disclosing NSA documents to journalists.

Judge Baraitser ruled that because the U.S. has signaled its intent to appeal the case, “As far as Mr Assange is concerned, this case is not yet resolved.” She noted Assange has previously shown willingness to “abscond”, and said she finds the conditions at Belmarsh “bear no resemblance” to those she found he would endure if sent to the United States. The judge denied Assange’s bail application and proceedings concluded.

The United States now has 13 more days to formally submit its appeal of the extradition decision, and the U.K.’s High Court will decide whether to hear the case.”

“I am satisfied there are substantial grounds for believing that if Mr Assange is released today he would fail to surrender to court to face the appeal proceedings,” Judge Vanessa Baraitser said.

“As far as Mr Assange is concerned this case has not yet been won… the outcome of this appeal is not yet known.”

She was referring to the fact that Assange after failing in his battle against extradition to Sweden, breached bail and took refuge in the Embassy of Ecuador in London in June 2012. He was granted asylum by Ecuador on the grounds of political persecution, with the presumption that if he was extradited to Sweden, he would be eventually extradited to the US.

These allegations where all dropped in 2019

On 11 April 2019, Assange’s asylum was withdrawn following a series of disputes with the Ecuadorian authorities. The police were invited into the embassy, and he was arrested.

The investigation into Assange was reopened in May 2019 following his dramatic removal from Ecuador’s embassy in central London the previous month. Swedish authorities had previously suspended the probe in 2017.

In November 2019 Sweden dropped the rape allegations and the investigation, deputy director of public prosecution Eva-Marie Persson making the announcement at a news conference in Stockholm.

Although officials said they believed the women’s claims to be “credible,” they have now said that there does not appear to be enough evidence for an indictment. This follows a June decision by a Swedish court that Assange should not be detained.

The Americans claim Assange’s receipt and publishing of tens of thousands of classified military and diplomatic documents about the Iraq and Afghanistan wars put lives in danger.

The raw data appeared on the WikiLeaks website in 2010, while edited versions were published in newspapers, including the UK’s Guardian who subsequently has done nothing to support Julian Assange.

On Monday district Judge Vanessa Baraitser ruled that while US prosecutors met the tests for Mr Assange to be extradited for trial, the US was incapable of preventing him from attempting to take his own life.

She outlined evidence of his self harm and suicidal thoughts and said: “The overall impression is of a depressed and sometimes despairing man fearful for his future.”

She said: “Faced with the conditions of near total isolation without the protective factors which limited his risk at HMP Belmarsh, I am satisfied the procedures described by the US will not prevent Mr Assange from finding a way to commit suicide and for this reason I have decided extradition would be oppressive by reason of mental harm and I order his discharge.”

The request to extradite Julian Assange should have been refused for so many other reasons, not least to protect investigative journalism, free speech, freedom of the press along with the rights of journalists to act on information brought by whistleblowers, information that brought to light wrongdoing by governments who attempt to cover-up crimes and murder of committed by its military’s actions in the people’s name. Actions that resulted in the killing more than a dozen innocent Iraqis, including two Reuters journalists.

The footage leaked by private Manning led to global outrage, reigniting a debate over the US’s occupation of Iraq and wider presence in the Middle East.

Julian Assange has been a remand prisoner for over 400 days when the guidelines state nobody in the UK should be kept on remand for more than 180 days.

Freedom of expression is a universal human right. It is not the prerogative of the politician. Nor is it the privilege of the journalist. In their day-to-day work, journalists are simply exercising every citizen’s right to free speech. A free press is fundamental to a democratic society. It seeks out and circulates news, information, ideas, comment and opinion and holds those in authority to account. The press provides the platform for a multiplicity of voices to be heard. At national, regional and local level, it is the public’s watchdog, activist and guardian as well as educator, entertainer and contemporary chronicler.