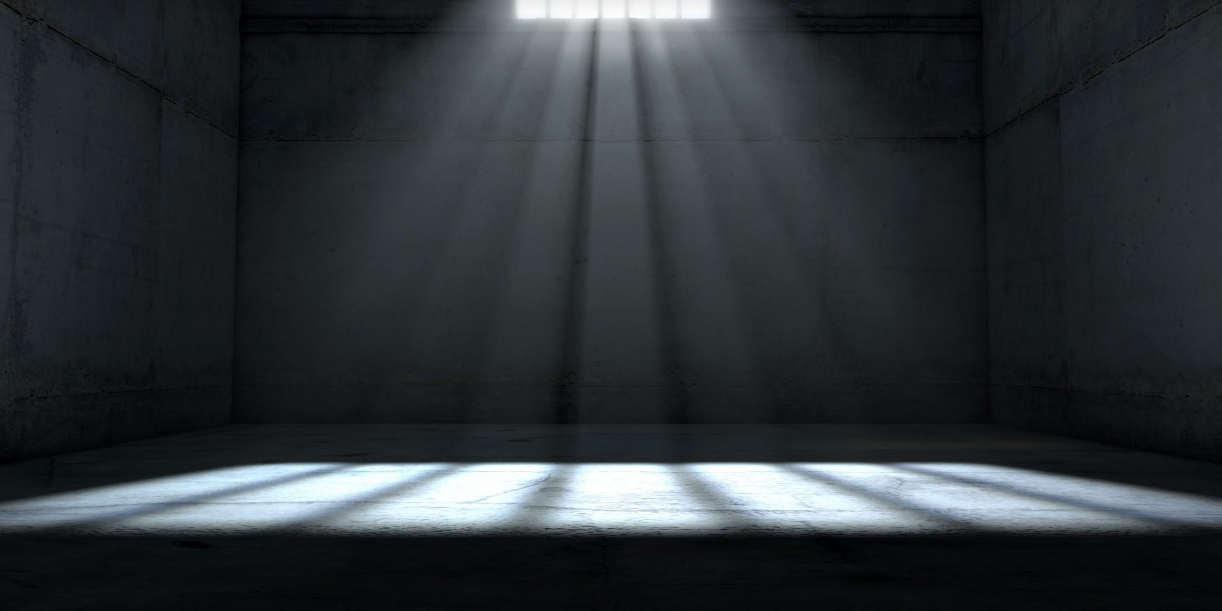 The U.S. Department of Justice on Thursday released a report that details why the federal government believes systemic use of excessive force within Alabama’s prisons for men violates the Eighth Amendment.

The Department of Justice’s Civil Rights Division and the U.S. Attorneys’ Offices for the Northern, Middle and Southern Districts of Alabama found systemic problems of unreported or underreported excessive use of force incidents, a failure to properly investigate them and attempts by correctional officers and their supervisors to cover them up.

“Specifically, the department concluded that there is reasonable cause to believe that prisoners are subjected to excessive force at the hands of prison staff,” the Justice Department said in a press release.

The report was expected and follows the DOJ’s previous report released in April 2019, that found that Alabama’s prisons for men were likely violating inmates’ rights to protection from sexual abuse and physical harm.

In a letter Thursday to Gov. Kay Ivey accompanying the report, the U.S. attorneys who worked on the report wrote that the U.S. attorney general can file a lawsuit against the state if Alabama fails to “satisfactorily address conditions in the prisons within 49 days, although it states the federal government hopes to resolve this matter through a more cooperative approach and look forward to working with you to address the alleged violations of law we have identified.”

State officials and ADOC administrators haven’t yet made substantive corrective actions regarding the previous April 2019 Justice Department report, however, so it’s unclear whether the department’s new threat of a lawsuit would result in prompt action on the new findings.

“The Constitution guarantees prisoners the right not to be subjected to excessive force and to be housed in reasonably safe conditions,” said Assistant Attorney General Eric Dreiband for the Civil Rights Division, in a statement. “Our investigation found reasonable cause to believe that there is a pattern or practice of using excessive force against prisoners in Alabama’s prisons for men. The Justice Department hopes to work with Alabama to resolve the department’s concerns.”

“I am proud of the work being done to protect the constitutional rights of Alabama prisoners,” said Acting U.S. Attorney for the Northern District of Alabama Lloyd Peeples in a statement. “Systemic constitutional violations such as these cannot be ignored and require a comprehensive approach to addressing these problems. We continue to be committed to ensuring that the state implements meaningful reform to meet its constitutional obligations.”

Severe overcrowding and understaffing contribute to the “patterns or practices of uses of excessive force,” the report states. Alabama’s 13 mens’ prisons as of January held 6,000 more inmates than capacity allowed.

“The severe and pervasive overcrowding increases tensions and escalates episodes of violence between prisoners, which lead to uses of force,” the report reads.

“In addition, inadequate supervision and the failure to hold officers accountable for their behavior contribute to an increase in the incidence of excessive force,” according to the report.

“These uses of excessive force—which include the use of batons, chemical spray, and physical altercations such as kicking—often result in serious injuries and, sometimes, death,” the report continues.

The report details the beating death by correctional officers of 35-year-old Steven Davis at Donaldson prison in October 2019. Officers said Davis refused to drop two prison-made weapons, which resulted in them using force that killed him.

Federal investigators, however, found that the use of force was excessive and resulted in multiple fractures and  “16 separate and distinct injuries to the prisoner’s head and neck.”

“Numerous prisoner-witnesses, however, reported that correctional officers continued to strike the prisoner after he dropped any weapons and posed no threat,” the report states.

The report also notes the use-of-force death of Michael Smith, 55, at Ventress prison in December 2019, in which “ADOC personnel informed hospital medical personnel that the injuries occurred after the prisoner fell from a bunk bed.”

“The autopsy revealed that the prisoner died from blunt force trauma to the head. He sustained multiple areas of intracranial bleeding, fractures of his nose and left eye socket, and had at least six teeth knocked out,” federal investigators wrote in the report.

Two correctional officers were placed on mandatory leave while that death was being investigated, the report states.

Investigators poured over hundreds of thousands of documents, conducted site visits to the prisons between February 2017 and January 2018, and interviewed over 270 inmates.

ADOC’s incident reporting system in 2017 documented 1,800 uses of force incidents, but investigators found that “a large number of reported uses of force were unjustified under the legal standard.”

Despite the large number of use-of-force incidents, a small fraction are investigated above the prison-level and sent to ADOC’s Investigations and Intelligence division.

Also troubling is the method in which I&I conducts investigations into use of force incidents, the report states. The investigative arm of ADOC “requires proof beyond a reasonable doubt in order to refer a use of excessive force for prosecution.”

“While using this heightened burden of proof is appropriate for criminal prosecutions, it should not be employed by a prison system making a criminal referral as it interferes with prosecutors’ evaluation of a case and decision on whether to prosecute,” the report states. “In other words, by requiring proof beyond a reasonable doubt to refer a matter for prosecution, I&I limits the number of uses of force that are reviewed by outside prosecutors.”

Despite a great many use-of-force incidents resulting from an inmate being in debt to another inmate, often over drugs, it’s rare for an investigative report to note anything about the debt, and “correctional supervisors typically do not document any attempt to uncover the source of the illicit substance in their investigations.”

The report detailed serious incidents of excessive use of force.

“In September 2019, a lieutenant at Ventress lifted a handcuffed prisoner up off the ground and slammed him on a concrete floor several times, knocking him unconscious. The prisoner was unable to breathe on his own, was intubated, and taken to an outside hospital, where medical personnel administered CPR several times to keep the prisoner alive.”

In another violent incident in December 2018, a correctional officer “hit, kicked and struck” and handcuffed prisoner, who had not provoked the beating, in the infirmary at Ventress prison. During the beating, four nurses heard the officer yell “I am the reaper of death, now say my name!” and the prisoner begging for the officer to kill him.

The officer put his foot on the inmate’s face to grind his head into the floor, and a nurse intervened, yet the officer tried it again and the nurse told him to calm down, the report states.

“The officer then paced the floor with the prisoner’s blood on his clothing and, before leaving the medical unit, told the health care workers that they did not see anything. The officer filed a false incident report stating that he did not hit the prisoner,” the report states.

I&I investigated and found that there was an unjustified excessive use of force, but nothing became of it, according to the report.

“Despite I&I’s conclusions, we saw no indication in the documents ADOC provided us that I&I referred the matter for criminal prosecution or that ADOC imposed discipline,” investigators wrote in the report.

In October 2016, a lieutenant and a sergeant tried to intervene when a “mob of officers” surrounded a handcuffed inmate, and the sergeant was sprayed in the side of his face with chemical spray, and three officers then began beating the inmate with fists and batons.

“When the sergeant attempted to regain control of the prisoner, he was pushed back by one of the officers and the beating resumed. I&I investigated and referred the matter to the local district attorney for possible criminal prosecution. The documents ADOC provided us do not show that discipline was imposed,” the report states.

Officers also often illegally use violence as punishment, and notes numerous such instances, many without evidence that the officers were held accountable.

ADOC’s policies on the use of chemical agents, such as peppers spray, in prisons is that they may be used to gain control of a situation, but the report notes that “ADOC correctional officers often ignore ADOC’s regulation and use chemical spray inappropriately.”

“Chemical spray is regularly used as retribution. These kinds of applications of chemical agents violate the Constitution,” the report reads.

Investigators found that in addition to excessive use of force, officers are often not held accountable, and wardens are given “far too much discretion in determining whether a use of force should receive further scrutiny by I&I.”

Officers also often fail to report incidents, and the report states “It is especially troubling that supervisors often fail to document, investigate, or otherwise address uses of force, demonstrating a deliberate indifference to the harms to prisoners caused by the use of excessive force.”

Reports are often falsified by officers and by their supervisors, and that one former officer told investigators that “some nurses help correctional officers ensure that injuries caused by uses of force are concealed and not properly documented on body charts.”

Inmates are sometimes placed in segregation cells so that wounds can heal and not be documented.

In 2017, there were 1,800 use-of-force incidents, and captains or wardens sent 35 to I&I to investigate, but only 14 were investigated, the report reads.

“Very few I&I files contained surveillance video related to the incident under investigation even at facilities where video was available,” investigators found, and documentation in investigative files were substandard and lacked vital information.