By Will Griffin, the Peace Report
February 4, 2018
| Resist!
Justice For Hiroji: ‘Rough Country Boy’ Vs Empire2018-02-042018-02-04https://popularresistance-uploads.s3.amazonaws.com/uploads/2017/12/popres-shorter.pngPopularResistance.Orghttps://popularresistance-uploads.s3.amazonaws.com/uploads/2018/02/justice-for-hiroji.jpg200px200px 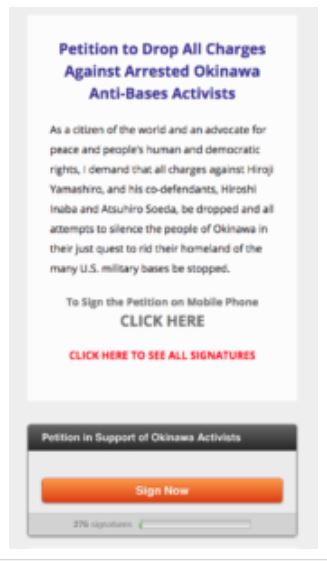 Hiroji Yamashiro has been a fierce leader of the anti-base movement on Okinawa Island in fighting back against the blanket of U.S. militarism that covers the island. Yamashiro, along with other anti-base activists, have been arrested and are being charged. 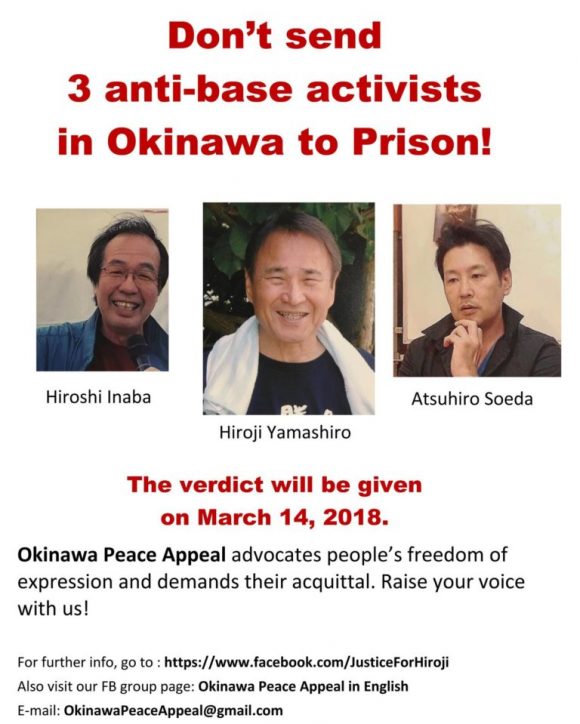 18.4 percent of the island belongs to the Pentagon in the form of 32 military bases, tens of thousands of troops, and constant military training exercises either near or just overhead of major civilian populations. I’ve met university students who told me they have no idea what life is like without helicopters constantly flying over them and interrupting their daily routines. The anti-base movement in Okinawa is leading the way in fighting base against the American Empire of Bases. Its time we support them in their fight.

Click the link below to sign the petition created by the Coalition Against U.S. Foreign Military Bases demanding all charges be dropped against arrested Okinawa Anti-Base Activists!

Petition to Drop All Charges Against Arrested Okinawa Anti-Bases Activists