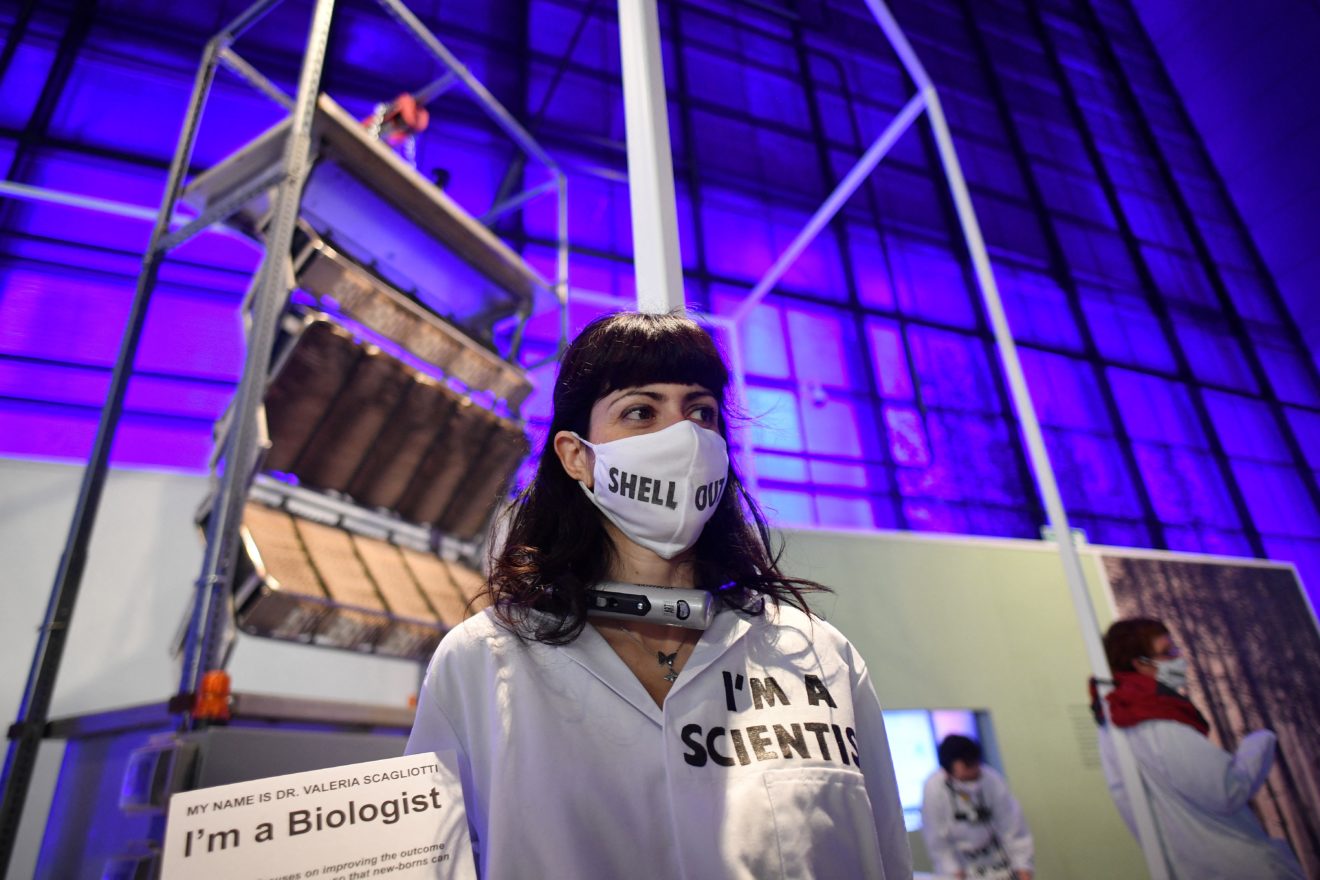 Above Photo: Activists from the Extinction Rebellion climate change group demonstrate against Shell’s sponsorship of the exhibit. Justin Tallis/AFP via Getty Images.

We can’t rely on corporate profiteers to fund the pursuit of knowledge.

It feels so tired to be going through another museum sponsorship drama. Accepting money from a fossil fuel company? In this climate? How quaint. We’ve had this conversation before; we know that corporations use relationships with museums and arts institutions to launder their reputations. Pharmaceuticals, weapons, and pollutants get washed away by these wholesome acts of public philanthropy.

The Science Museum Group’s longstanding relationship with Shell has been the subject of controversy and protest for years. There is a particularly glaring hypocrisy in such a catastrophic polluter as Shell sponsoring an exhibition about carbon capture and the future of climate change, but that kind of brazen behaviour is barely shocking enough to make major headlines.

What’s different this time is the publication by campaign group Culture Unstained of documents showing that the Museum’s agreement with Shell includes a gagging clause, specifically preventing the Museum from making any disparaging comments about Shell that could damage the company’s ‘goodwill or reputation’. Presumably, that would include putting on an exhibition about actually stopping carbon emissions before they happen. How can the Science Museum claim to be objective now? How can an exhibition about climate change ignore that its major sponsor has recently faced a groundbreaking court case that ruled its emissions cutting targets were inadequate?

There’s a tacit understanding that museums will avoid biting the hand that funds them. As much as these institutions might insist that the corporations have no power over their curatorial choices, it’s common to see a statement from sponsors at the start of an exhibition or in catalogues. There’s no doubt in my mind that a company would avoid any show that explicitly criticised its behaviour. The gagging clause is both shocking and unsurprising – it’s to be expected that corporate sponsors protect themselves, but it’s still grim to see the demands laid out so clearly.

This investigation brings a new level of scrutiny to what corporate sponsorship actually means for the galleries. Some will say it’s not the Museum’s fault: the sector as a whole has lost millions during Covid, and sites of learning are being increasingly squeezed between a government willing to threaten their funding over ‘controversial’ narratives and the conditions imposed by their private sponsors. With a government that acts in the interest of corporations, the demands of each are not dissimilar. Museums are expected not to rock the boat, and as long as they have uncertain funding, they—and their workers—are at risk of this kind of ransom.

But the conversation around this gagging clause is significant. Culture Unstained used FOI requests to access these documents, and the Museum also has corporate partnerships with BP, Equinor, and Raytheon, so there may well be similar revelations about their contracts on the way. There are also emails from Science Museum director Ian Blatchford showing a frankly nauseating enthusiasm for oil sponsorship. This is not just about convenience – it’s a symptom of an institutional culture.

The most prominent controversies over museum sponsorship have tended to focus on art collections—the Tate, the National Portrait Gallery, the Whitney, the Guggenheim—not because they’re the only institutions to receive this money, but because the idea of taking a moral or ethical stand is less at odds with the objects and narratives they display. There’s also the simple fact that these institutions work with living artists. The Design Museum’s catastrophic Hope to Nope exhibition in 2018, from which one third of works were pulled by artists and lenders who objected to the Museum’s relationship with an arms company, acts as a warning of what can happen when you alienate the people from who you profit.

Science museums have a very different remit, and still overwhelmingly hide behind the appearance of objectivity. But the reckoning around supposedly ‘neutral’ museums and the histories of colonial violence they obscure is coming, and these issues are related. Science collections tend to neglect histories of Indigenous and First Nations land stewardship, preferring stories of industrial revolution and technological advancement and failing to recognise the violence and dispossession that accompanies it. These fantasies of progress without consequence are driven by the same destructive and deliberately forgetful optimism that underlies the Science Museum’s justification for its relationship with Shell: they’ve promised to do better – isn’t that enough?

These assumptions mean that the forces that will change the Museum and others like it are located outside its management – in campaign groups, in schools, in workers and their unions. The public are the ones who are meant to benefit from these institutions, but learning funded by—and obscuring the true nature of—destructive corporations (and their governmental cheerleaders) is not learning at all; the public will also be the ones worst affected by the climate crisis. We can and must demand real institutional transparency. After all, this scrutiny is likely to lead to more secrecy from museums and their corporate sponsors before it leads to change.