US Education Segregation Is Highly Profitable Business For Some

Above Photo: Protesters demonstrate as Education Secretary Betsy DeVos speaks at the Harvard University John F. Kennedy Jr. Forum on “A Conversation On Empowering Parents” on September 28, 2017, in Cambridge, Massachusetts. DeVos was met by protesters both outside the venue and inside during her remarks. (Photo: Paul Marotta / Getty Images)

Noliwe Rooks argues that educational apartheid has existed throughout the history of the United States, and continues to this day. Not only is this segregated education an abomination, but it also has been a revenue source for white school districts, entrepreneurs and even philanthropy. Rooks sees hope for change in the resistance of young students who are demanding accountability.

Mark Karlin: How has “educational apartheid” changed, and how is it still the same in the United States?

Noliwe Rooks: When I first thought about writing Cutting School I planned to begin in the 21st century. I knew that the racial and economic segregation I was seeing in this century wasn’t new, but I thought that the role that philanthropies, corporations, business leaders and politicians played — in shaping how and why so many of our children today attend schools that are overwhelmingly segregated and that deliver idiosyncratic, often experimental educational forms that are very different from those wealthy students enjoy, and with teachers and curriculum and disciplinary methods that could only be found in poor schools — was somehow a sign of our particular time. I didn’t understand that there was a disturbing continuity. 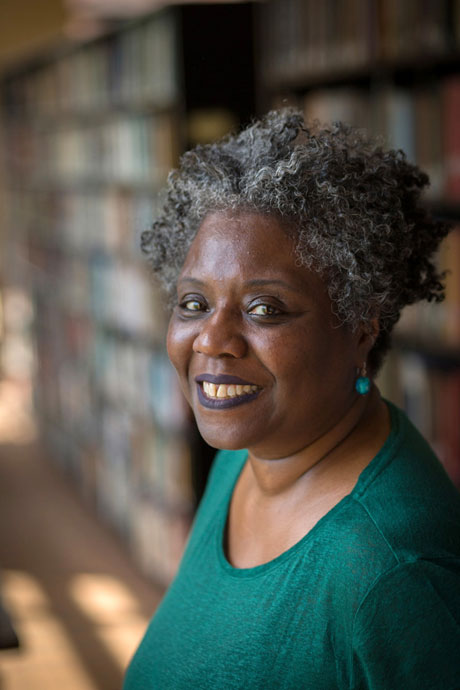 However, as I completed the research and writing for the book, I found that in this country we have had and continue to have a stubborn insistence on educating children who are economically vulnerable in completely different ways than we do the children who are wealthy. We try to convince students who are not wealthy that certain forms of education (such as those that are vocational in nature, or that include art, music and support for different learning styles) would work best for them. In this way, educational apartheid has remained constant.

At the same time, children of color, or poor children who are somehow able to live in school districts and neighborhoods that have high performing schools can actually attend them. So, that’s a definite change. The late poet, Amiri Baraka, referred to [the US] as a “changing same.” I think in many ways that construct aptly describes our nation’s educational system relative to students who are poor and of color. Educational apartheid is a changing same.

How is capitalism related to the “segrenomics” of education in the US?

Segrenomics is a term I came up with to describe what I saw in so many discrete educational periods in [the US] where there was a consistent cycle for plundering funds supposedly for our nation’s most vulnerable students and then hoarding those same funds to educate students who were either wealthy, or white and often times … both.

I began to see that the separately unequal educations that define our nation were not merely the product of an apartheid imagination designed to educate different segments of our society into what a scholar named Horace Mann Bond termed the American social order, but was also a lucrative business model that from the 19th century on has aided the financial bottom lines of wealthy businesses. Looked at with that understanding, I began to see that the thicket of separate and unequal educational experiments described in the book (vouchers, charter schools, alternatively certified teachers and superintendents), many of which failed to educate the children they were created for, simply would not have been proposed if there was no money to be made from them.

Segrenomics explains how high levels of racial and economic segregation become a business strategy for companies providing educational strategies designed for children who are poor. It is a specific form of capitalism that relies on segregation to do its work.

In what way does this play itself out in white philanthropy and Black education?

Since the earliest days of taxpayer-supported public education, there have been white foundations and philanthropic organizations that in the south joined with white elected officials to propose schools that offered unequal educations (although in the context of a situation where education is either separate or nonexistent, many people in poor communities will choose separate every single time).

“The folks running these foundations may think they are doing good in the world but often they are segregation’s bankers.”

One of the most impactful was called the Rosenwald Fund and was started by the child of Jewish immigrants who rose to become the president of Sears, Roebuck [and Company]. His name was Julius Rosenwald. Rosenwald used his fortune to aid in building over 5,000 schools for Black children in the rural south between 1912 and 1960 when the Fund ran out of money.

Once all of that was done, the Rosenwald Fund would contribute the $500 in matching grant fees. County educational officials benefited financially because they got the deed to [the] land. The philanthropy benefited because, starting in 1917, there were huge financial benefits for charitable deductions. State coffers benefited because Black communities were often required to pay an extra tax to educate their children (many former slaveholding states forbade using “white” tax dollars to educate Black children so those communities had to pay to educate white children and then again to educate their own).

The only reason any of this was necessary was because white legislatures simply didn’t want to spend the federal money sent South to educate Black children. They took it for the education of white children.

Today, we see deep-pocketed foundations continue this pattern, in that they will fund 90/90/90 charter school chains (schools with 90 percent students of color, 90 percent students who fall below federal poverty levels and 90 percent failing to meet educational standards), contribute to Teach for America (which often charges highly segregated school systems a finder’s fee of between $2,000-$5,000 per teacher to provide it with teachers), or fund experiments with educational vouchers that often enrich middle and upper middle class white parents at the same time that they disadvantage low-income students of color. The folks running these foundations may think they are doing good in the world but often they are segregation’s bankers.

The first point I want to make about Betsy DeVos is that she holds extreme versions of educational views that are centrist in terms of what billionaires, millionaires and the political and financial elite believe. She is extreme in that she does not believe in “government schools” as she calls them and thinks that the government should just give parents educational dollars for them to go off and find whatever type of educational experience they think is best for their kids. She literally doesn’t believe in the educational system that she was installed to run, or perhaps dismantle, depending on how you want to look at it.

She’s extreme in that, but in general, elected officials are sort of on this educational spectrum and believe we should make it easier for lightly regulated educational businesses to take a bigger and bigger share of the $500-$600 billion-dollar educational market, which is comprised of taxpayer funds often with very little oversight. Schools almost function like ATM machines for folks who have figured out how to use them that way. We have not heard Betsy DeVos offer any type of critique at all about what is often just outright theft.

“All over the country young people are demanding more from their educational experiences. They are winning.”

Taken as a whole, the education system is comprised of a majority of students who are of color and fall below federal set poverty levels. Those then are the students most negatively impacted by DeVos’ failure of oversight.

Describe your concept of “stealing school.”

Over the past five or so years, we have seen a real uptick in the numbers of parents who are trying to escape their public-school systems, which are populated with low-performing charter schools and dysfunctional and low-achieving traditional public schools. What they do is enroll their children in higher-performing schools outside of their districts using the addresses of friends or family. Many districts across the country have begun to hire private investigators to surveil their students and when they discover that the students are enrolled in schools outside of the district in which they live, they are arresting the parents and charging them with educational theft, or stealing school.

The dollar figures involved often make these charges felonies and so when convicted, these parents are faced with felony convictions on their records that can preclude them from voting, and make it more difficult for them to get jobs. When wealthy parents are caught doing the same thing, they are never sent to jail. This is one of the ways that we can really see how education has become a commodity. We are willing to send parents to jail for wanting the same type of education for their kids as wealthy parents get. We simply do not believe that economically vulnerable children deserve the same type of education.

What should we be aiming for in terms of resistance?

One of the things that I learned writing this book is that all over the country young people are demanding more from their educational experiences. They are winning. They are pushing back against abusive disciplinary practices, against overtesting and against narrowing educational practices and experimental educational forms.

I end the book with the life stories of two of my former students (one from Princeton, another from Cornell) who went into the business of education following their graduations from college. Their words and experiences end the book, not mine. They believe communities need to be consulted about the education of their children and not have outsiders come in and make top-down decisions. They believe that teaching children about politics, sexism, racism and identity is as important for children of color in struggling schools as is science and math. They believe that children always need to be treated with respect — and that how we discipline in schools matters as much as if and why we discipline. I think that resistance looks like us following where these young people want to lead us.