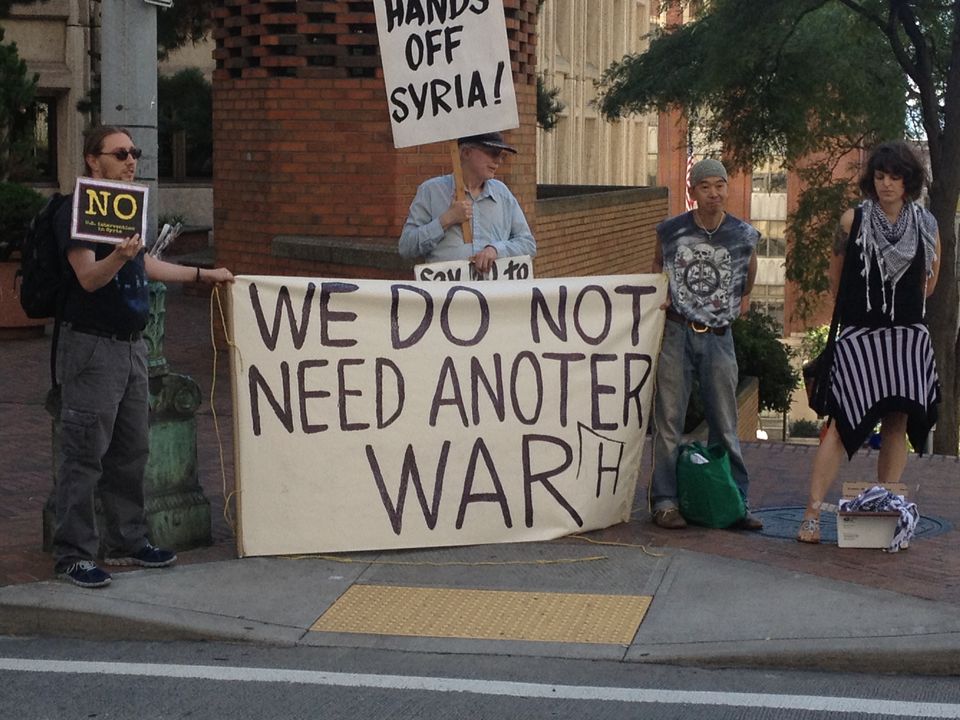 Despite his own recent statements to the contrary, President Barack Obama has no legal authority to assault the government of Syria even as “a warning shot.”  Neither the United States Constitution, nor the War Powers Act of 1973 gives him such authority in the absence of an emergency that allows Congress no time to react.

Obama cannot cite the present situation as such an emergency, given his public statement that members of Congress need not act until the completion of their scheduled vacation.   He has said that his proposal is “not time sensitive.” If Congress fails to approve a resolution approving acts of war against Syria, he cannot order any military assault into Syria.

On several recent occasions the President and administration officials have mentioned a “sixty day” period during which he has authority to act without approval of Congress.   Such authority does not exist.  It is a misreading of a provision of the War Powers Act that provides only Congress with oversight constraints on executive actions.

Section 5(b) of the War Powers Act establishes limits of sixty or ninety days on acts of the President in such emergencies.  Section 8(d) ordains, “Nothing in this Joint Resolution (1) is intended to alter the constitutional authority of the Congress or of the President or of the provision of existing treaties; or  (2) shall be construed as granting any authority to the President with respect to the introduction of  United Stated Armed Forces into hostilities or situations wherein involvement in hostilities is clearly indicated by the circumstances, which authority he would not have had in the absence of this Joint Resolution.”

It is clear from the debates of the Philadelphia Convention, the first book of Blackstone, and the 69th Federalist, that the framers of the United States Constitution meant to prohibit the President from ordering acts of war without approval of Congress, except to repel sudden attacks or deal with imminent threats against American territory, armed forces, military installations, citizens, diplomats, embassies, or commerce. If the President could commence wars of choice on his own authority, the power of Congress to declare or authorize war would be idle words, and the framers did not intend idle words. The War Powers Act does not expand the options of the President. And if the President defies the prerogative of Congress, he can be impeached.

In 1848, Abraham Lincoln, while serving as a member of Congress from Illinois, upbraided President James K. Polk for initiating a war with Mexico. Believing Polk violated constitutional provisions against war making without authorization from Congress, Lincoln explained his opposition in a letter to his former law partner, Billy Herndon, in Springfield, Illinois:  “Allow a President to invade a neighboring country anytime he deems it necessary . . . and you allow him to make war at pleasure.  Study to see if you can fix any limit to this power in this respect . . . This [power] our Convention understood to be the most oppressive of all kingly oppressions, and they resolved to so frame the Constitution that no one man should have the power to bring that oppression on us.”
Timely words!

Paul Findley, served as a member of United States House of Representatives for twenty-two years.. He was a key author of the War Powers Act and a leader in securing enactment by overriding the veto of President Richard Nixon. He is the author of six books.