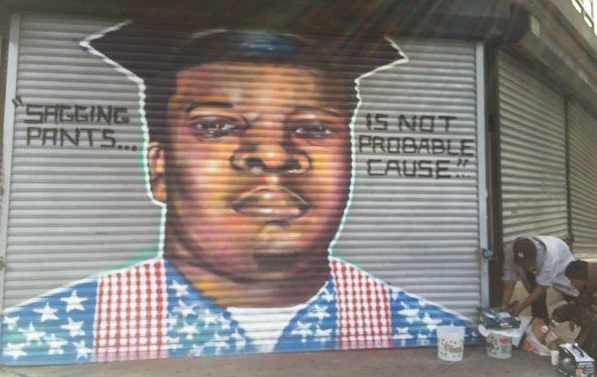 During the singing of the national anthem, Ariyana walked with her hands up towards the American flag and fell to the ground for a full 4.5 minutes to bring awareness to the inhumane killing of Micheal Brown in which his body was left to lay on a neighborhood street for 4.5 hours.

While Ariyana lay on the ground in honor of fallen black lives, she was told to move so they could start the game. Refusing to compromise the integrity of the movement, Ariyana stood after the full 4.5 minutes with her fist proudly in their air.

She has been suspended from the team indefinitely. After the suspension, her coach unjustly had her escorted out of the building by security.

We are all Ferguson.

UPDATE: On December 2, 2014, Knox College reversed its decision to suspend Ariyana and says that the decision was representative of the coach and not the college.