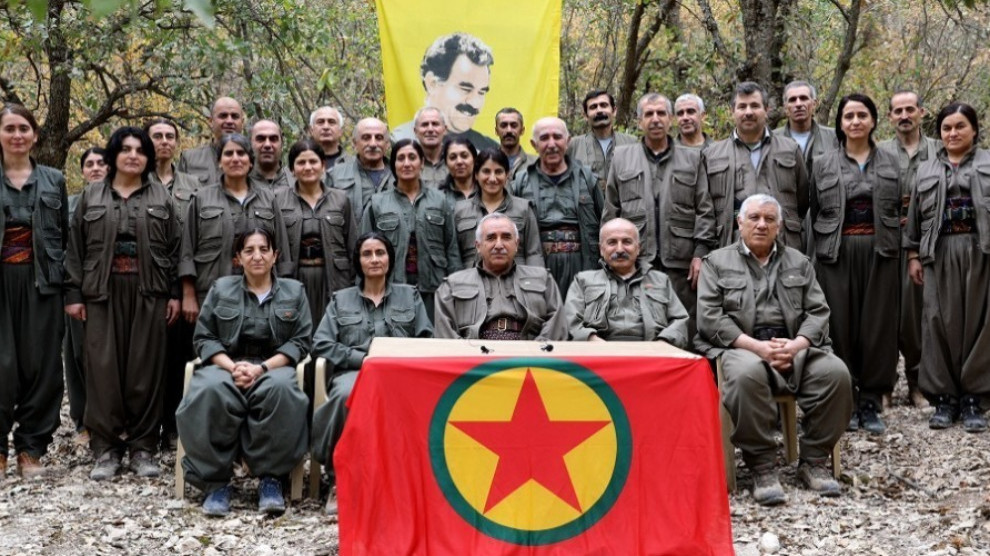 Kurds’ PKK Letter To The American People And President Trump

“We are not guilty of terrorism; we are victims of state terrorism. But we are guilty of defending our people”, said the PKK in its letter addressing to the American people and president.

Kurdistan Workers’ Party (PKK) Foreign Relations Committee wrote a letter addressing to the American people and President Donald J. Trump responding to the comparisons made between the Kurdish movement and ISIS amid the genocidal campaign of the Turkish state against the Kurdish people.

The letter reads as follows;

“To the American people and President Donald J. Trump,

We refuse comparisons being made between our movement and the inhumane thugs of ISIS. Our response is as follows: There are more than 40 million Kurds living in the Middle East today. At the end of the First World War, outside powers divided them among four autocratic states: Iran, Iraq, Syria, and Turkey, where our movement began.

For years, the Kurdish people had asked these governments only for the basic democratic rights that you enjoy each day: the right to exist, to speak their own language, to practice their own culture, to participate in politics as free and equal citizens.

“PKK WAS FOUNDED TO RESIST THE TURKISH STATE VIOLENCE”

Each time, they were brutally subjugated: bombed with advanced weapons, torn from their homes in the middle of the night and disappeared, jailed and tortured, their villages flattened, and their very language and culture banned. Up until we founded the PKK in 1978 to resist the violence of the Turkish state against the Kurdish people, it had already massacred hundreds of thousands of Kurds in the Kurdish regions of Turkey. We don’t have to go too far back in time, in the 90s the Turkish state destroyed 4,000 Kurdish villages and extra-judicially killed 17,000 Kurds.

“OUR EFFORTS WERE IGNORED”

Turkish leaders believed, like so many tyrants throughout history, that they could crush the basic human desire for a free life with violence and terror. They branded us as terrorists and criminals and spent hundreds of millions of dollars to get other countries like the United States of America to do so too, even as their forces committed unspeakable atrocities in violation of all principles of international law. We signed the Geneva Conventions and asked for peace negotiations on various occasions since 1993, knowing that the war could end the second Kurdish rights were institutionalized. These efforts were ignored.

“PKK HAS NEVER TARGETED THE U.S. OR ANY COUNTRY”

The PKK has never targeted the U.S. or any other country. We have never shied away from the negotiating table to solve this conflict peacefully and politically. As a matter of fact, we have declared no less than eight ceasefires since 1993 to pave the way for negotiations. The PKK’s political project is founded on basic human rights and liberties, gender liberation, religious pluralism and ecological rights.

When ISIS began its campaign of terror across Syria and Iraq, we knew we had to respond. The group threatened not only the ideals we have fought so many years to defend, but the safety of tens of millions of people. The well-armed and well-funded states of the region and the world were slow to respond, weighing the cost of action as millions fell under extremist subjugation.

In August of 2014, we carried out a humanitarian campaign in Sinjar, Iraq, where ISIS was committing atrocities against the Yezidi community that the United Nations would subsequently recognize as a genocide. The Yezidis had been left defenseless by the world, facing an enemy who regional forces had so far been unable to stop. Our first military unit dispatched to the region was made up of just seven people. From those beginnings, we were able to open a humanitarian corridor to Northeast Syria, allowing 35,000 civilians besieged on Mount Sinjar to reach safety. We went on to join other forces in liberating the region from ISIS control.

“TURKEY DID NOTHING TO STOP ISIS EXTREMISTS”

As our movement and our people gave thousands of lives in this fight, the Turkish state that calls us ‘terrorists’ did nothing to stop the ISIS extremists that were terrorizing innocent civilians across the world. The Turkish state has attacked Northeast Syria with greater ferocity today than they ever did when ISIS plotted international attacks from territory just across their border. They have sent terrorist gangs affiliated with al-Qaeda to torture and murder the people who defeated ISIS. They see the simple articulation of Kurdish identity as a greater threat than the groups that targeted innocents in not only Sinjar and Kobani, but Paris, Manchester, and New York City.

Many Americans saw in May 2017 how the Turkish President Erdogan ordered his bodyguards to brutally attack peaceful Kurdish protestors in your capital city; imagine what they do in Kurdistan. We are not guilty of terrorism; we are victims of state terrorism. But we are guilty of defending our people. We believe that the American people will be able to judge for themselves who the dangerous terrorists of this world are.”