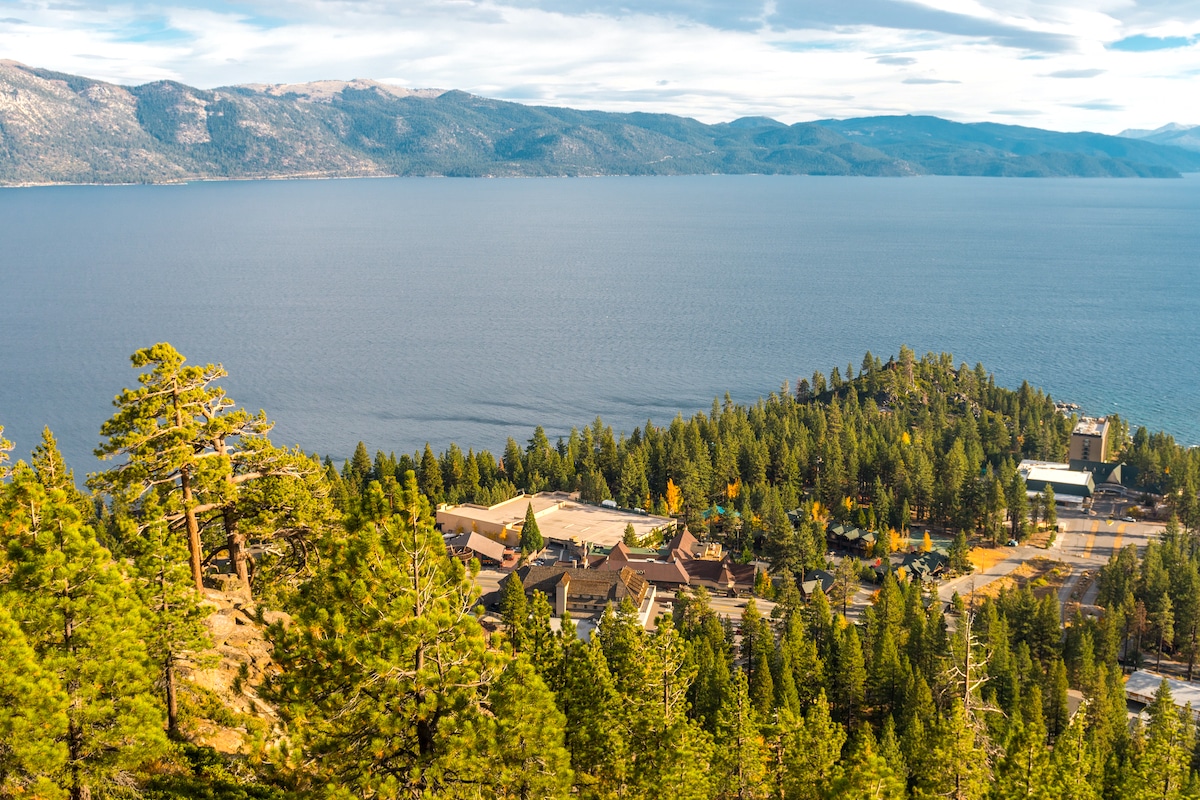 Above Photo: Crystal Bay on the Nevada side of Lake Tahoe. Esteban Martinena Guerrero / iStock / Getty Images Plus.

Fourth of July firework shows are getting harder and harder to stage as high summer temperatures fueled by the climate crisis increase the risk that they will spark wildfires. But one town in the drought-stricken West has come up with a more environmentally-friendly alternative: a drone show.

The town of Incline Village Crystal Bay on the north side of Lake Tahoe announced that it was swapping out the traditional Independence Day pyrotechnics for environmental reasons.

Many towns across the U.S. have been forced by heat waves and drought to cancel their displays this year, but the town on the Nevada side of Lake Tahoe actually announced its decision in February, before it knew exactly what July’s weather conditions would be, according to a press release.

Fireworks sparked 19,500 fires in 2018, according to the National Fire Protection Association. In addition to increasing wildfire risk, they also disturb wildlife and human communities and increase air pollution, according to The Guardian.

“Fireworks produce heavy metals, greenhouse gases and toxic chemicals which add to the environment,” University of California, Davis Tahoe Environmental Research Center education and outreach director Heather Segale said in the press release. “Every year that we explode more fireworks, we accumulate more environmental pollution in the lake and watershed. This shift to a non-pyrotechnic show is applauded.”

The aftermath of fireworks displays also increased litter along the lake shore.

“At our annual Fifth of July beach cleanups, Keep Tahoe Blue volunteers find firework debris on the shores,” Marilee Movius with the League to Save Lake Tahoe said in the release.

Instead of fireworks, the town will celebrate the day with a drone display officially called the “Incline Village Crystal Bay July 4th SkyShow.”

“Having previewed the capabilities of our SkyShow partner Verge Aero, we are confident that the SkyShow will deliver a great viewing experience while avoiding the negative impacts associated with traditional pyrotechnic fireworks,” Chapman said in the press release.

Drone displays have become increasingly popular in recent years. They were used at the Super Bowl LII. They also lit the skies above President Joe Biden’s victory speech, as CNN reported at the time.

And Incline Village Crystal Bay isn’t the only town in the West to opt for drones this year. Imperial Beach, California, turned to Verge Aero after its fireworks were canceled last minute, as NBC 7 reported. The Vail, Colorado, Town Council made a similar decision in March, as Vail Daily reported. At least four other Colorado towns have also opted for drones due to fire concerns, as Colorado Public Radio (CPR) reported.

“I will have a place in my heart for fireworks, but I think there will be other times of the year where we’ll still be able to shoot fireworks in a much safer way,” Vail’s special event coordinator Jeremy Gross told CPR.