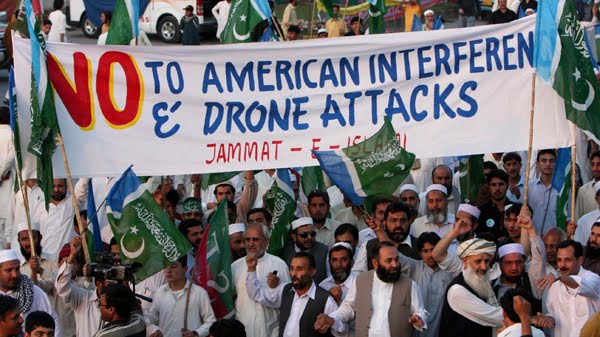 The United Kingdom and Germany, both suspected of assisting in the drone war, will now come under pressure to disclose their roles in the campaigns and to cease cooperating with the U.S.-led endeavor. Drone strikes that are not consented to by the government in which the strike will take place were determined to be a “violation of international law” according to the resolution.

Barbara Lochbihler, of the sub-committee on human rights, said

The European Parliament has today raised serious concerns with the use of military drones and the deaths of thousands of civilians resulting from drone strikes.

MEPs have delivered a strong rebuke to the practice of targeted aerial killings outside a declared war zone, as well as the use of armed drones in war situations outside of the international legal framework.

The news of the vote was welcome by Kareem Khan, whose brother and son were considered collateral damage in a 2009 drone strike in Pakistan. He said that

drone strikes are not the answer. Today, Europe has taken a first step to bringing a stop to these illegal, unaccountable killings; I hope that national governments will follow suit, so that one day I may finally get justice.

In December, Finnish Green MEP Tarja Cronberg moved to completely halt the research, development, and use of armed drones when she said

There is also a glaring need to integrate armed drones in relevant European and international arms control regimes and to stop research and development on fully automatic weapons which kill without human intervention.

President Obama is an open supporter of the US drone program.