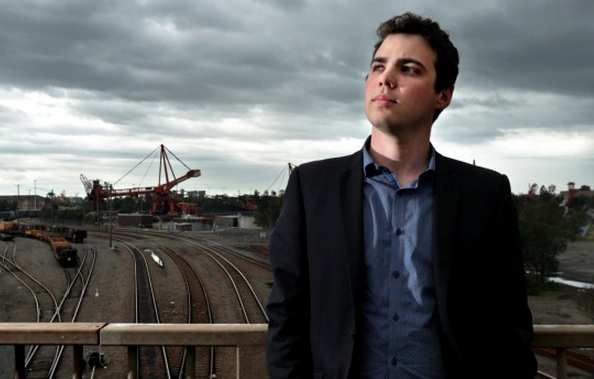 Largest Coal Port In World Votes To Divest From Carbon

The coal industry in NSW “understands the writing is on the wall, coal is not going to be a leader long into the future”

Newcastle, home of the world’s biggest coal port, has joined the global fossil fuels divestment push after the city’s council voted on Tuesday night to exit holdings in the big four banks if they continue to fund fossil fuels projects.

About 80 per cent of the City of Newcastle Council’s $270 million investment portfolio is held in the big four banks, mostly through term deposits. Those investments are spread evenly across the big four.

But after the council passed a motion on Tuesday night, six votes to five, it will dump holdings in the banks for more “environmentally and socially responsible” institutions when deposits come up for renewal.

This will be done only if the rate of return is comparable with the council’s holdings in the big four and the council’s credit rating criteria is met.

Minerals Council of Australia coal chief Greg Evans said the “stock in trade of the divestment activists is to get public attention through empty symbolism.

“You would expect the City of Newcastle council had more pressing business, such as supporting local economic activity, rather than participating in such a pointless sham.”

Labor councillor Declan Clausen, who moved the motion after winning a byelection this year, said while Newcastle was the world’s largest coal-exporting port, it was “important that the city looked at diversifying its economy”.

‘Writing is on the wall’

He said the coal industry in NSW “understands the writing is on the wall, coal is not going to be a leader long into the future” and suggested clean technology could in part replace coal’s economic contribution.

NSW Minerals Council data shows mining’s direct spend in the City of Newcastle council was $1.8 billion as at June last year, which includes $160.5 million in salaries (1118 local jobs) and $1.64 billion in direct community and business purchasing.

For the wider Hunter region, the mining industry spent $5.9 billion, including $1.5 billion in salaries (11,078 local jobs), and $4.4 billion in business purchases and contributions.

Steven Munchenberg, chief executive of the Australian Bankers’ Association, said: “Fossil fuels continue to be a major source of jobs and income for Australia and a major part of our energy mix, so at the moment a number of banks continue to support these industries.

“If customers don’t like that, they are within their rights to change banks.”

Anti-coal activists welcomed the move. “We applaud the Newcastle City Council in its decision to divest from fossil fuels that are as bad for a balance sheet as they are for our air, water and climate,” said Isaac Astill, a fossil fuel divestment campaigner with 350.org Australia.

But Mr Evans said Newcastle Council “should also be aware that despite the efforts of divestment activists, their strategy is an abject failure and coal remains well supported, with banks continuing to lend to new and existing projects”.

Even the anti-coal group BankTrack was disappointed to report that global financing for coal mining rose to $US66 billion in 2014, up from $US55 billion in 2013 and a 360 per cent increase from 2005, Mr Evans said.

Now, when choosing investments, the council will invest in banks and financial institutions that “don’t invest in things that produce pollutants, greenhouse gases, habitat destruction, uranium, potentially abuse human rights, have involvement in bribery and corruption, or the manufacturing of alcohol, tobacco or gambling products”.

The council’s $270 million portfolio is split across 20 term deposits, which come up for review every three to six months.

“Every time they come up for review, we will be moving money away from [the big four]. All else being equal, we are going to choose the greenest option,” the Labor councillor said.

“There have been plenty of times when the big four banks are less competitive than what other institutions can offer.”

The council will look to the Responsible Investment Association Australasia and activist group Market Forces’ tool to compare the green rating of institutions and banks. Mr Clausen said there were at least 20 to 30 institutions that would meet the council’s requirements. He nominated industry super fund-owned bank ME as an example.

Mr Clausen expected that in the next six months there would be a “large change” in the council’s investment portfolio. “Obviously my view would be that we move away, almost completely, in time, but it will depend how it plays out,” he said.

Newcastle is the seventh council in Australia to announce it will shun fossil fuels. To date, 35 institutions in Australia and 350 globally have pledged to exit from fossil fuels. Newcastle’s announcement follows a divestment commitment from the ACT government last week.

“Newcastle’s economy has changed a fair bit. In the past we have obviously been very reliant on coal, but before that we were very reliant on steelworks,” Mr Clausen said.

“There are an increasing group of start-ups in Newcastle that are looking at a clean-tech future, we are embracing those opportunities. The coal downturn has particularly affected the Hunter Valley. Clean techs are going to be a significant employer moving forward. Council is being on the front foot about that.”