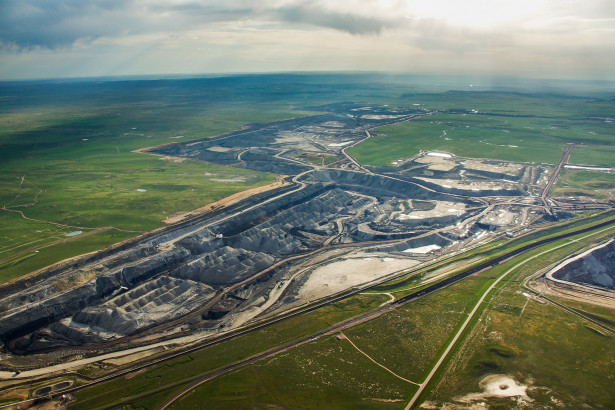 On behalf of a coalition of groups, Earthjustice is suing the Trump administration over an executive order opening tens of thousands of acres of public lands to the coal industry. “Our legal system remains an important backstop against the abuses of power we’ve witnessed over the course of the past two months,” said Earthjustice attorney Jenny Harbine. “That’s why we’re going to court to defend our public lands, clean air and water, and a healthy climate for all.”

ON MARCH 28, PRESIDENT TRUMP ISSUED AN EXECUTIVE ORDER directing the Department of Interior to resume giving away tens of thousands of acres of public lands to the coal industry, overturning a coal-leasing moratorium put in place by the Obama administration. A day later, that’s exactly what the Department of Interior did. The pause in leasing was ordered last year by former Interior Secretary Sally Jewell to allow time to review and reform the federal program to ensure protection of the climate. The coal leasing program determines how 570 million publicly-owned acres are leased to coal companies for exploration and mining. It has not been significantly updated since 1979.

The review of the program followed groundbreaking litigation that Earthjustice won in 2014 to force the Bureau of Land Management to consider the climate impacts before issuing a coal lease on public lands in Colorado. More than one-tenth of all U.S. greenhouse gas emissions, the pollution that’s driving climate change, come from coal mined on federal land.

No one voted to pollute our public lands, air or drinking water in the last election, yet the Trump administration is doing the bidding of powerful polluters as nearly its first order of business. Earthjustice has filed a lawsuit challenging the result of the executive order on behalf of a coalition of local, regional and national groups working to protect public lands, air and water quality and the health of the planet. 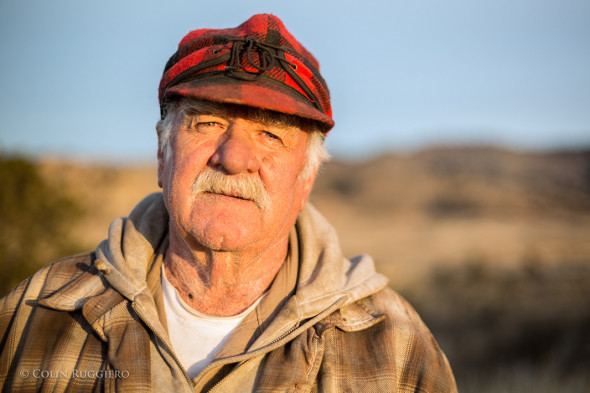 Art Hayes is a southeastern Montana rancher who lives downstream from the Decker Mine, which has a pending lease applications that will move forward when the moratorium is lifted.
ART HAYES’ MONTANA RANCH HAS BEEN IN HIS FAMILY SINCE 1884. Called the Brown Cattle Company, it’s located in southeastern Montana on arid land that only gets about 12 inches of annual rainfall. His cattle and hay require a good deal of water, but he can’t rely on the groundwater for irrigation because it’s too salty.

“We’re dependent on good, clean water,” Hayes says, and so he has turned to irrigation infrastructure. Yet the proposed expansion of a nearby coal mine as a result of the Trump administration’s action today looms as a threat to this critical resource. “The mine is on the banks of the Tongue River reservoir,” Hayes explains. “That’s where I get my water from.” 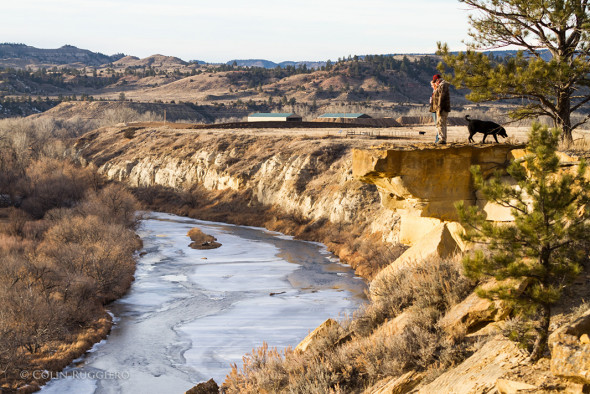 PHOTO COURTESY OF COLIN RUGGIERO
The Tongue River is downstream from the Decker Mine.
The source of the water pollution is the Decker Mine, operated by a company called Lighthouse Resources. The strip mine operators are interested in shipping coal to Asia. Lighthouse had backed a coal export terminal in Boardman, Oregon—a project it abandoned in October, 2016, in the midst of legal proceedings after facing staunch opposition from residents, businesses and elected officials. The company is also the owner of the Millennium Bulk Terminal in Longview, Washington. That terminal is seeking to become the largest coal export facility in North America and has been at the center of an ongoing high-profile, six-year-long legal fight brought by clean energy and environmental groups working to protect water quality and the climate from the impacts of coal exports.

In December of 2015, Lighthouse Resources submitted a coal lease application to expand the Decker Mine. But it was put on hold shortly after, when then-Secretary Jewell imposed a coal leasing moratorium on federal lands.

Now that President Donald Trump has issued an executive order to lift the moratorium, Hayes has more reason to be anxious about the long-term quality of his irrigation water.

The Tongue River is the lifeblood of southeast Montana, but the waterway is impaired. Coal mining impacts the river, and in turn erodes the quality of the water used for irrigating crops. The high-salinity water “can affect plants, and have a long-term effect on soils,” Hayes explains. “Eventually your soil just won’t produce anything.” 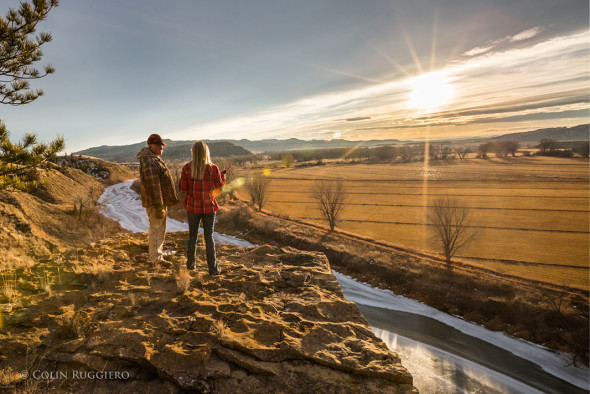 PHOTO COURTESY OF COLIN RUGGIERO
Hayes, with Alexis Bonogofsky, at the Tongue River. Bonogofsky is a fourth-generation Montanan, goat rancher, and hunter who lives and works along the Yellowstone River. For ten years as the manager of the Tribal Lands Partnership Program for the National Wildlife Federation, she fought coal development in southeastern Montana.
Hayes disagrees with lifting the coal-leasing moratorium for several reasons, and one has to do with the bigger picture.

“I am a firm believer in global warming,” he says. “We used to have the June flood, now we have the May flood. Our summers are getting hotter, and forest fires are getting bigger and more intense.” Witnessing the evidence firsthand with a lifestyle that requires living close to the land, Hayes says he has no doubt that the climate is changing. “And I do believe that these big coal plants are adding lots to it.”
Upstream of Art Hayes’ ranch are COAL MINES IN THE POWDER RIVER BASIN.

More than 80 percent of the federal coal applied for under paused leases is in the Powder River Basin of Wyoming and Montana. Mining operations often occur at the expense of agricultural producers.

This is what it looks like when our public lands are handed over to coal companies: 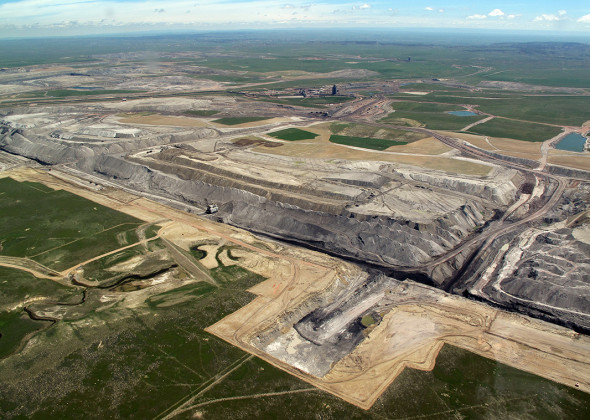 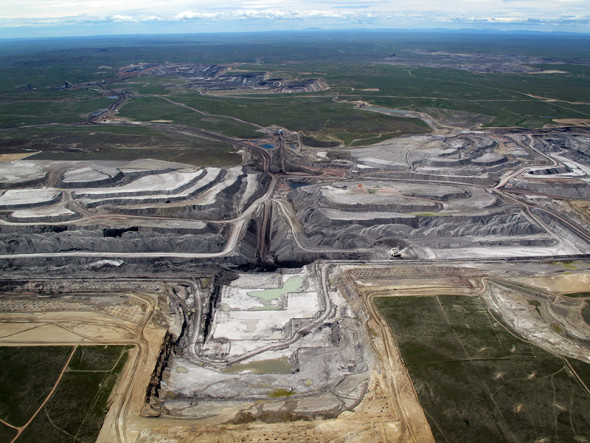 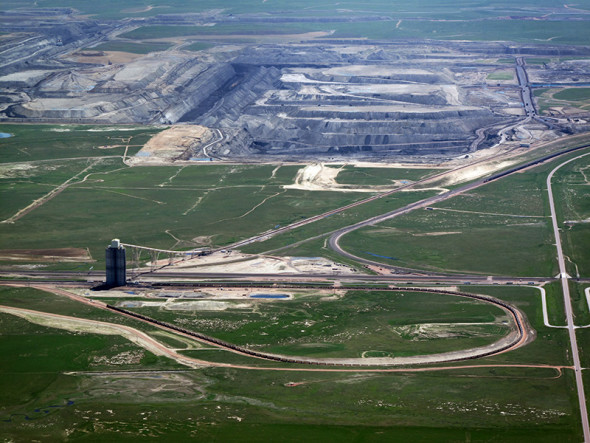 MEANWHILE, IN UTAH, THE COAL HOLLOW MINE lies below the Paunsaugunt Plateau, Pink Cliffs and Sunset Cliffs. The coal leasing pause meant Alton Coal’s bid to expand its Coal Hollow Mine could not receive final approval. The end of the moratorium will open the door to the mine’s expansion onto a 640-acre tract of federal land near the Garfield County border—the western doorstep of Bryce Canyon National Park. 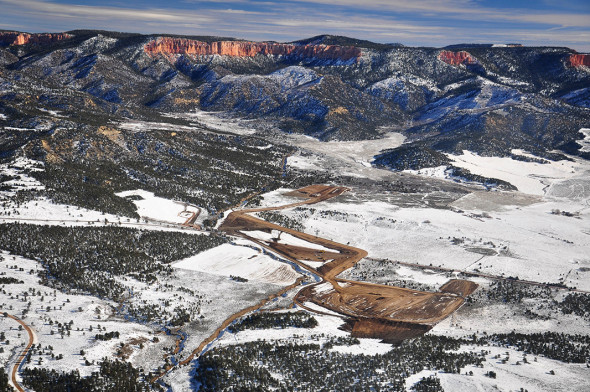 Alton’s Coal Hollow Mine now seeks to expand onto a 640-acre tract of federal land.
OF THE LANDSCAPE THAT ALTON COAL SEEKS TO MINE, Tim D. Wagner, an Iowa resident who spent more than two decades in Utah, said in a court declaration, “Now that I live in a state with less than 0.5% public lands, I treasure even more the vast wildness of Utah’s landscapes and particularly those found in this region.”

“To visit and spend quality time in the Paunsaugunt region is to feed my soul, and confirm my lifelong values and my very identity as an outdoorsman, a lover of our public lands and a free American.”
OUR PUBLIC LANDS BELONG TO ALL AMERICANS. As our window to address catastrophic climate change rapidly closes, we cannot bow to short-sighted corporate interests and allow our lands to be destroyed in ways that ultimately hurt us all.

Earthjustice has worked for years to limit the environmental damage from coal mining across the West. “Our legal system remains an important backstop against the abuses of power we’ve witnessed over the course of the past two months,” said Earthjustice attorney Jenny Harbine, who is leading the effort to challenge the President’s actions.

“That’s why we’re going to court defend our public lands, clean air and water, and a healthy climate for all.”