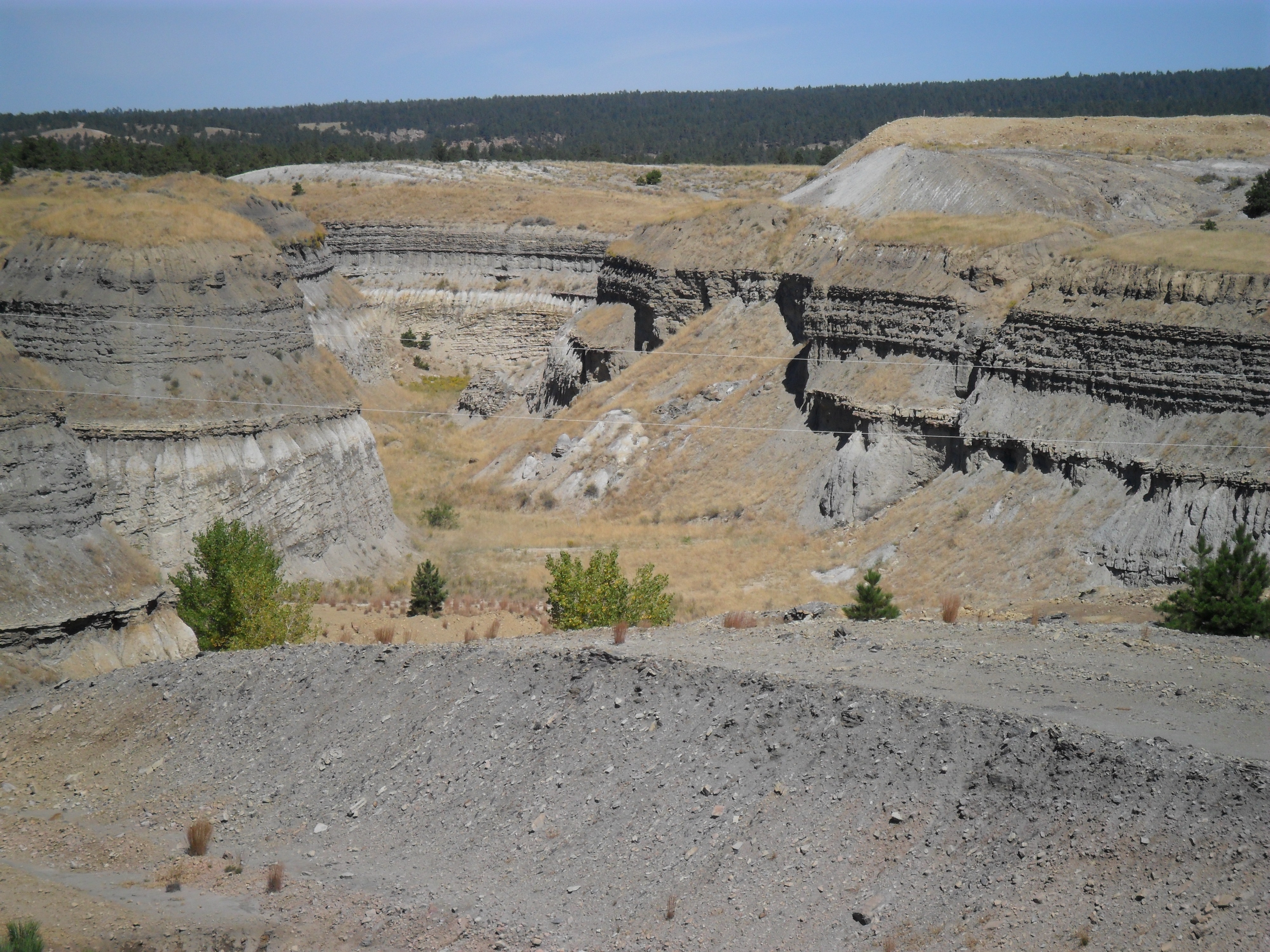 I was in Oklahoma at the Great Plains Tar Sands Resistance Camp when a friend told me he could get me an interview with Charmaine White Face.  I was ecstatic, nervous and resolved to plan the rest of my trip around the date she said she could meet me.

After living in a tent in Washington, D.C. for 4 months during the Occupy movement, then being frustrated with the lack of media coverage in the post-encampment period, I was on the road with my camera to document what activists were doing in 2013.  Early in my trip, I had encountered two Dineh from the Navajo Nation and when I heard their stories of the rape of their land and the plight of their people, it was as if a switch that had been on a dimmer turned up to floodlight exposure.  A few weeks later, I was in Oklahoma talking to Ponca, Seneca, Navajo and Sioux, awakening to something I probably I always knew, but like most privileged, white activists, I had allowed my self-conscious ignorance and concern about stepping on cultural toes of Red Nations people to excuse me for not getting involved in their issues and concerns.  By this time, I’d heard enough to know I could never hide in the shadow of my own ignorance again.  I remembered being enchanted by my grandmother’s stories of traveling West in a covered wagon, and now I had to ask myself what price had my new-found Indian friends paid for my grandmother to settle (squat) in their wild, wild west… I determined that it was my responsibility to find out.

Charmaine and I met in a cafe near the Motel 6 where I was staying.  I got there early and had my camera ready to go.  Her graceful presence when she walked in the door spoke volumes even before we introduced ourselves.  I already knew that Charmaine was the expert on the open pit uranium mines, but I wasn’t prepared for the openhearted introduction she would give me into herself and her culture.  As we ate breakfast and she shared, off-camera, some details of the health effects of these abandoned uranium mines, she teared up.  Then, she cast her eyes downward and explained how, in her culture, it is not permitted to cry when speaking of troubles because that could be interpreted as an expression of self-pity.  That was the first of many lessons I received from Charmaine, who I now call my friend, in the few days we spent together… the people of the First Nations, with their stoic expressions and steady gaze, aren’t calloused and cold, they are humble and proud.  Charmaine, my friend, has a story to tell and it is one we not only need to hear, it is one we need to do something about.

It was a request by a private oil company to build more oil wells near US Forest Service land that introduced me to some of the abandoned uranium mines in the Northern Great Plains. A handful of us carpooled from Rapid City, SD, that Fall in 2003, driving for three hours to the northwestern corner of South Dakota where the Cave Hills are located.  Driving across the flat prairie grasslands, it was inconceivable that there could be hills with caves in this area.  Suddenly, there appeared on the horizon, the long flat outlines of mesas.  The map indicated that these were the Cave Hills.

Eventually, we arrived at a blink-of-an-eye place called Ludlow.  The restaurant-bar-post office-community store, all in one building, was on the west side of the highway as we headed north.  On the east side was Ludlow School complete with slide, merry-go-round, and swings indicating it was an Elementary School.  We drove on about a mile and a half before we saw the red gravel road heading west to the North Cave Hills Area.

U. S. Forest Service employees in their uniforms, and some other people from Standing Rock Reservation were already at the site.  We met with them and were informed that the reason for the meeting was that the U. S. Forest Service needed to build a catch pond to catch radioactive runoff from the abandoned uranium mines.  What?!  I was shocked!  Abandoned uranium mines!  Radioactive runoff!  This was Harding County, the Cattle Capitol of the world.  Sheep, cattle, and horses were the only things to be seen for miles and miles as they grazed on the prairie grasslands. What was this about abandoned uranium mines?

The Forest Service needed input from local people of the Great Sioux Nation and that was why we were asked to participate.  The catch pond they wanted to build was near a burial site and what did we think of that. We spread out and walked the site, until we found a sacred site facing a small part of a cliff.  At the top of the cliff was a lone evergreen tree. On the other side of the cliff wall was a huge abandoned uranium mine.

A small petroglyph was on the cliff face.  The Forest Service archaeologist told us that hundreds, perhaps thousands, of petroglyphs had been destroyed when the soil was dug and pushed off the cliffs to make the mines.  Petroglyphs are spirit messages to us to help us live in this world. I didn’t know what was more shocking: the abandoned uranium mines, or the destruction of  all the sacred places.

Since that time, we have continued gathering information.  Our efforts and publicity caused others, scientists and engineers, to begin studying the northwestern corner of South Dakota for the impacts of the past uranium mining.  Consistently, the studies found that the radiation levels were much higher than normal background.  In one study in 2004, the radiation levels were found to be 151 times higher than normal background levels.

Today, we know there are 2,885 abandoned, open-pit uranium mines in the states of North and South Dakota, Montana, and Wyoming.  The U.S. Environmental Protection Agency had the information and it was compiled in a report entitled, Uranium Activities’ Impacts on Lakota Territory, by Lilias Jarding, Ph. D.  In the Cave Hills area, where I first heard about the abandoned uranium mines, there are at least 103 abandoned uranium mines and prospects. Some of them are large, like the Riley Pass mine near the sacred site which is about three-fourths mile long by one-half mile wide.  Others might be the size of a small car garage.  The size doesn’t matter.  The fact that the uranium has been disturbed is what counts.  Like riling up a bee hive, the uranium and its decay products are continually polluting the atmosphere with radioactive dust.  The runoff into the water, on both the surface and underground, is polluted with radioactive particles…continuously. It doesn’t stop.  This has been happening since the late 1950s for more than sixty years.

Who knew?  All the federal and state agencies, but these states, ND, SD, MT, and WY, are poor, agricultural states so any way to make money, including mining for uranium, is pursued.  No thought is given to the dangers to humans and the environment.  Jobs are what are more important.

For me and my nation, the Great Sioux Nation, this is genocide.  Studies of cancer rates by the U. S. Indian Health Service show that the highest cancer rates in the country are in the Northern Great Plains.  This region is also the last homeland we have.  It was promised to us in the last treaty we made with the United States, the Fort Laramie Treaty of 1868.  Everyone knows the rest of the story, even though the treaty is still legal today.  We never gave permission for any of this mining to happen in our Treaty territory.  Our reservations are just prisoner of war camps.

We are not the only ones affected by the radiation  The wind carries the radioactive particles to the rest of the Eastern United States as well.  Contaminated water flows into the Missouri River and on to the Mississippi. But the very government that we distrust is the only way we can get something done to clean up these mines.  So now we are looking for Congress to pass a bill to clean up all the abandoned mines in the whole United States, not just the Northern Plains.  There are thousands of other abandoned uranium mines in the Southwest and the Northwest as well.  It must be done or the radioactive pollution will continue to spread across the country spreading its cumulative threat.

For more information, go to www.defendblackhills.org