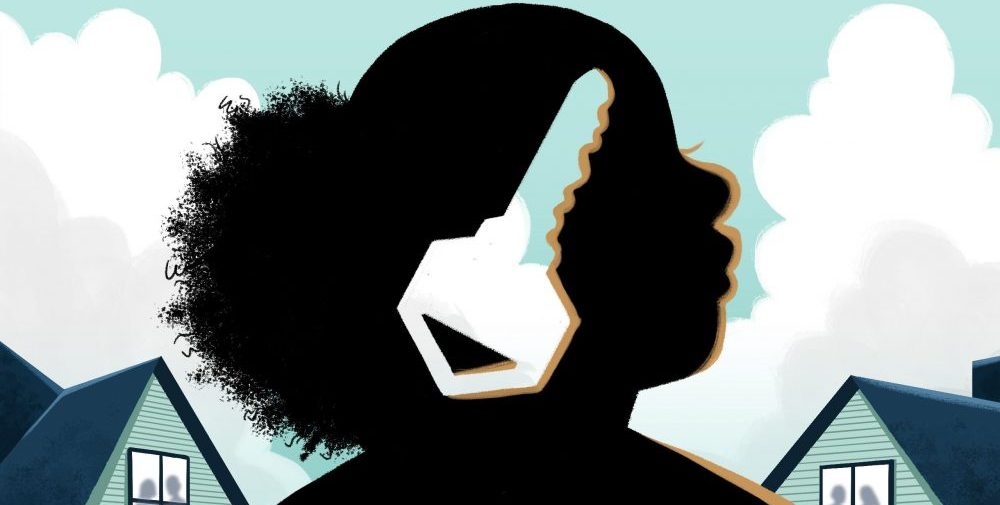 Lenders Deny Mortgages For Black Homeowners At A High Rate

Above photo: Black homeownership. By Shannon Wright for NBC News from The American dream while Black: Locked in a vicious cycle.

This Black borrower has an outrageous story about his mortgage refinance.

When the coronavirus struck the U.S. in early spring, and the stock market went into freefall, mortgage rates also began to plummet. Thousands of homeowners rushed in to refinance their loans, getting much-needed savings on their monthly payments.

Akili Akridge, a Black homeowner in Maryland, saw all the flurry over low rates in April, so he decided to jump in too. The rate on his 30-year fixed mortgage at the time was 4.125 percent, well above the market rate of just over 3 percent.

“I’m watching the news and keeping track, and I’m talking to friends who are refinancing, and they’re saying that they got in the low threes,” said Akridge. “I said of course, this would be a great thing for us to do. Why not?”

Akridge bought the townhome with his partner, Melissa, just over two years ago. She is white. The mortgage was in her name. Since she recently started her own business, which makes the mortgage process generally more complicated, they figured it would be easier for Akridge to refinance the loan on his own.

Akridge had all the necessary financial credentials: He had been working at his company for more than two years, where he said he earned a six-figure salary. He also said he had about an 800 FICO credit score, and that he and Melissa had close to 20 percent equity in the home, more than enough to refinance.

So he went to an online mortgage marketplace and filled out all of his financial information. Then the calls began coming in. All the lender agents asked his race, but they all said he was not required to disclose it. He told the first lender he was Black.

“So, the gentleman came back and advised, you know, turns out we’re not interested in townhomes, right now. He just said it’s an industry-standard right now,” Akridge said. “And I’m looking at my better half and kind of question, is this accurate? But, I let it go because, you know, maybe that’s just something that he did.”

He also disclosed his race to the second lender who called. That lender said they could do the refinance — apparently, there was no ‘industry standard’ with townhomes — but at a higher rate than he and Melissa already had.

“So I started to realize maybe, maybe I need to not disclose my race,” he said.

Discrimination in home lending goes back to the beginning of home lending itself. During the last housing boom, when subprime mortgages were all the rage, predatory lending to minority borrowers was rampant. When the mortgage market came crashing down, taking the economy with it, some major lenders were held accountable. They ended up paying massive, multibillion-dollar settlements to the federal government. But there is clearly still bias in the market.

A majority (59 percent), of Black homebuyers, are concerned about qualifying for a mortgage, while less than half (46 percent) of white buyers are, according to a recent survey by Zillow, a home listing website, which launched its own mortgage lending arm, Zillow Home Loans, late last year. That is because lenders deny mortgages for Black applicants at a rate 80 percent higher than that of white applicants, according to 2020 data from the Home Mortgage Disclosure Act.

For refinances specifically, Black borrowers are denied mortgage refinance loans, on average, 30.22 percent of the time, far higher than the overall denial rate of 17.07 percent, according to an analysis of the HMDA data by LendingTree, an online mortgage marketplace.

Part of that high denial rate may be because minority consumers overall have lower incomes and lower credit scores than white consumers. They also tend to live in more disadvantaged neighborhoods with lower home values. None of that was the case with Akridge, whose townhome is in a brand new development in a quiet suburb just outside Washington, D.C.

Two more lenders called Akridge, and he decided not to disclose his race. Both offered him competitive market rates on a refinance. One even offered to beat the other.

“The only difference is the fact that I didn’t disclose my ethnicity, which leaves me with a lot of questions, especially when it comes to things such as predatory lending that we know are real,” Akridge said.

Suddenly, with his race omitted, the mortgage process was easy and competitive, as it had been for Melissa two years before.