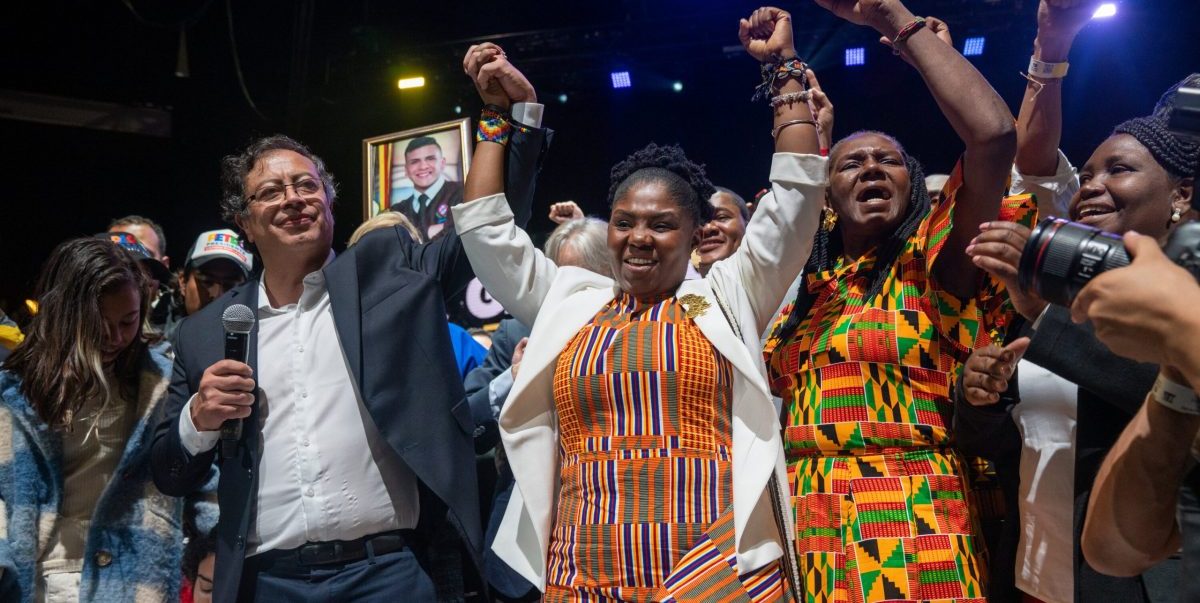 Lessons From Colombia: A Victory For The People

On June 19, Colombians elected the first leftist president and the first Afro-Colombian vice president in history. This was possible, despite being in a repressive state, because of a strong national social movement that organized an effective national strike in the spring of 2021. Clearing the FOG speaks with Charo Mina Rojas, an Afro-Colombian human rights defender and leader in the 2016 peace process, about this victory, the obstacles they faced and how they will counter efforts by the wealthy class to prevent further progress. Activists in the United States have much to learn from the Colombian people’s movement and an important role to play in preventing interference by the US government.

Charo Mina Rojas is an Afro-Colombian human rights defender with more than two decades of experience in activism at the national and international levels. Ms. Mina-Rojas is the National Coordinator of Advocacy and Outreach for the Black Communities’ Process (Proceso de Comunidades Negras- PCN) and a member of the Afro-Colombian Solidarity Network.

Ms. Mina-Rojas was extensively involved in the Havana peace process, serving on the Gender Committee of the Ethnic Commission. The Ethnic Commission was composed of the Afro-Colombian Peace Council (CONPA) of which PCN is part, the National Indigenous Orgarnization (ONIC) and Consejo Mayor Indigena.

Ms. Mina-Rojas is now a member of the Special High Level Body for Ethnic Peoples, and is working to ensure the Colombian Government’s peace implementation plan fully adheres to the provisions of the Ethnic Chapter and other relevant provisions of the Peace Accord, including its gender rights protections.

Ms. Mina-Rojas has worked for many years to educate grassroots Afro-descendant communities on Law 70 of 1993, which recognizes their cultural, territorial and political rights. It was PCN, the organization that she works for that successfully advocated for the enactment of this law as well as the development of the Observatory of Racial Discrimination in Colombia, and the addition of specific statistics on Afro-descendant people in the Census 2005. Ms. Mina-Rojas raises awareness about gross human rights violations against Afro-descendant women at national and international level, calls for accountability and provides protection for Afro-descendant women leaders and women human rights defenders.