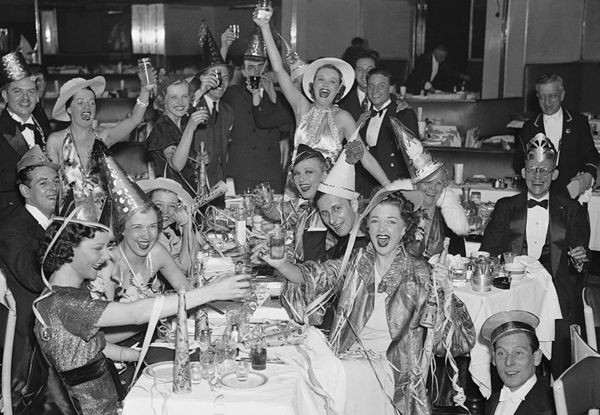 Lessons To Shoulder Into 2017

The lessons we carry from 2016 into 2017 should be very sobering and although the drunken days of excess may be behind us, we should not lament our responsibility for digging deeper. It is up to us to hold ourselves accountable, because as the trust of our institutions wane, we are left with very little to hold on to. Celebrity deaths may be nothing more than placeholders for our own myopic timeline, but the collapsing of our institutions are markers for our inattentiveness to the very foundation of our civil society and general welfare.

Hegemony disguised as democracy is still hegemony. The election shines a bright light on the failures of our democracy and the institutions that upheld them.  For example, the betrayal of public trust by the DNC and our journalistic institutions have done little more than corroborate the complicit relationship between our government and news agencies. When it became evident that the DNC was betraying its mandate to the Democratic party, why did the major media sideline the protests with broad dismissive reporting, rather than truly investigate DNC leadership?

Even after former British ambassador Craig Murray has come forward as one who was involved with the reception of those leaks, reports of Russian hacking continues to dominate the media, while Washington beats its war drums against Russia, based on trumped up evidence.

While the only discussion of the foreign policy failures of the U.S. over the past two decades takes place in social media and “fake news,” we only have to look back to the red-baiting of McCarthyism to understand that even our trusted institutions and our esteemed journalists have often been mouthpieces for conspired propaganda. But how does the anti-communism of the 1950’s continue to demonize fears against Russia and China, when they have all adopted free-market capitalist policy?

The failures of Wall St. will not be fixed.  Reagan’s trickle-down endeavors has inevitably run its course, and the supply-side experiment that has been touted as an economic fundamental reveals that neoliberalism is no more of a foundation than the Monroe Doctrine, the Freedom of Navigation, or the Marshall Plan. It is simply hegemony in disguise. We have ceased to become a “capitalist” country, and rather have embraced an investor-privileged capitalization economy which is premised on the expectation that a “not-yet-existent stream of future profits” will continue to flow. After Perestroika and the collapse of the Soviet Union, and Deng Xiaoping firmly entrenching China’s “Reforms and Openness,” many celebrated the death of communism.  But that did not necessarily conclude that capitalism won, because when communism died, so too did capitalism.  That not-yet-existent stream of future profits could only happen when we moved from being a multipolar world to a unipolar one, and once NAFTA and the other U.S. Free Trade Agreements  were in place, neoliberalism was the unipolar force and Wall St. was the source of that gravity.

Moving into 2017, we are moving out of a decade of failed economic policies into a Trump-induced era of what already looks to be a tumultuous roller coaster of civil discontent, climate-denying degradation, extraction and isolationism. What Obama inherited from Bush was arguably the biggest policy blunder in American history– the Iraq invasion and occupation– and coupled with the financial collapse of 2008, led to not only the largest deficit in U.S. history, but a shift to destabilizing partner countries and militarizing regions around Russia and China as a means to contain and obstruct their growth.

In a 2009 post I wrote shortly after Obama was inaugurated, I said:

“For Obama, he may have just one job with which he can rest his laurels, to softly bring the U.S. economy down in a parachute. If he can soft land our economy to be on par with the rest of the world without throwing the country into massive unemployment or inciting a revolution, he will have done his job.”

Now, wishing that I could say that he fulfilled this conjecture, what I could not have known then was that he and Secretary of State Clinton would throw the peoples of other countries into massive unemployment and revolutions as a means to try to reverse the inevitable end of U.S. unipolarity.

While the BRICS induced One Belt One Road and the capitalization of the Asia Infrastructure Investment Bank by the majority of advanced economies and developing countries suggest that neoliberal unipolarity is on life-support, it is up to the U.S. to embrace a more equitable and vibrant multipolar paradigm.

What President-elect Trump will do next is simply a guessing game, but he has inherited a country that by-and-large stubbornly clutches the last vestiges of stability. The ruptures of the last eight years was spurned by racism, greater corporate governance and industrial malfeasance. Black Lives Matter and Idle No More are defending our civil liberties while labor, environmental activists, war veterans, and the church are struggling to hang onto what is left of our general welfare. Discontent is bubbling beneath this facade of stability and a man that no one trusts has his finger on the nuclear self-destruct button.

The idea that Obama could’ve brought the U.S. down in a parachute has never really been viable, but in these eight years, rather than trying to circumvent WTO rules by promoting the TPP, TTIP and TISA, and creating an obstruction and containment policy against BRICS, he could’ve recognized that multipolarity was an antidote to the inevitable failures of neoliberalism and made strides to be more equitable– like F.D.R.– and join with the internationalist agenda. Instead, he gave into Wall St’s demands and left Trump with a boiling cauldron seething with hate.

As we move out of 2016, let us at least acknowledge that we have become estranged from the roots of democracy. Perhaps 2017 will reveal that our participation in social media and our willingness to provide streams of data driven information to the corporate plutocracy inhabits a different space in the world with people who are on the outside. Even if social media has been a tremendous tool for digging deeper and casting wider nets, it is not a replacement for our democratic institutions or practices. For as long as the U.S has capitalized from being an anti-communist, then unipolar hegemon, we’ve never been able to really live up to the fulfillment of equitable and democratic institutions. Now, much of the world seems to be moving in that direction, whereas the largest of the advanced economies seem to be moving in the opposite: towards greater nationalism, xenophobia and isolationism. How we reflect upon 2016 and what we carry into 2017 can make all the difference in the world.