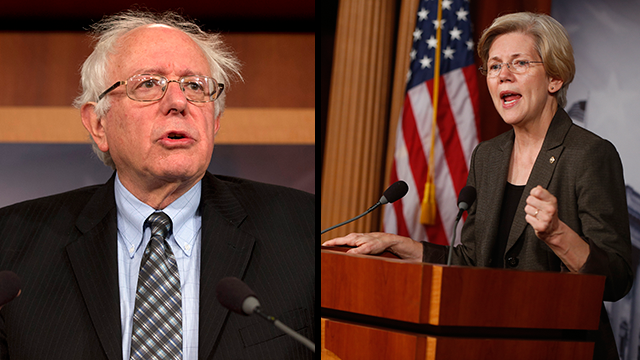 Let’s Not Be Fooled By Bernie Sanders

Let’s not be fooled by “progressives” who can’t find their spines when the colonial regime in Israel bombs the crowded ghetto of Gaza.

Bernie Sanders ends his recent column “Let’s Stand Together” with this piece of advice: “Let’s not be fooled.”

Quite right. Let’s not be fooled by any politician appealing to high ideals when they are in the business of war and empire.

Sanders not only defends military contracts that benefit his constituents in Vermont, he also joined the 100 to 0 vote in the Senate to give unalloyed moral and political support to the state of Israel during its most recent bombing campaign against Gaza.

Above: Sanders confronted at town hall meeting in Vermont on his support for Israel’s attack on Gaza.

Elizabeth Warren, the other darling of “progressive” Democrats, also joined that vote. Her brand of populism amounts to a campaign against corruption and for regulation of big banks and high finance. In other words, capitalist utopianism.

Above: Elizabeth Warren runs from question about Israel.

My job in this miniature column is not to argue about the definition of such words as liberal, progressive, or even socialist. Once in a while the blatant contradictions not only speak for themselves, but make any thinking person cry out for justice.

Did the “progressives” of the Democratic Party learn any lessons from Obama’s campaign for hope and change? Nothing at all. They go right on debating the fine points of the stupid horse race between Hillary Clinton and any “left” contender among career Democrats who might run a symbolic campaign against her for the presidential nomination.

Sanders is the lone avowed socialist in Congress, though in official partisan terms he was elected as an independent. This has two practical consequences, neither good. In Congress, Sanders caucuses with the other career Democrats. And Sanders does nothing to build the base of any independent party of anti-corporate resistance. Thus any challenge he might raise against Hillary for the presidential nomination amounts, first and foremost, to a vanity campaign.

Let’s not be fooled by “progressives” who can’t find their spines when the colonial regime in Israel bombs the crowded ghetto of Gaza.

Independent political action against the corporate state is the single most important issue, not only in every big election but also in day to day resistance against capitalism and militarism. Otherwise every other issue of great importance— yes, including fossil fuels and climate change, the militarization of police departments, the ruling class war of attrition against the working class— will gain no traction. In class struggles, there is a law of nature: No friction, no traction.

Not one cent and not one vote for the parties of war and empire.

More on the history of Bernie Sanders and militarism as well as his alliance with the Democratic Party:

Counterpunch, The Myth of Bernie Sanders

Counterpunch, Bernie Sanders Cannot Save US