Let’s Talk About Racism And Health

The current uprising across the nation is a take-off moment for systemic racism in the United States. A take-off moment occurs when awareness about a crisis reaches a level of public consciousness where an event (in this case, the recent high-profile police murders of Breonna Taylor and George Floyd) sparks protests across the country.

Racist police violence has now become part of the national dialog, as has systemic racism, which is a much bigger topic than policing. A national movement to change these systems is growing. It will succeed if we continue to build on this momentum and demand change. 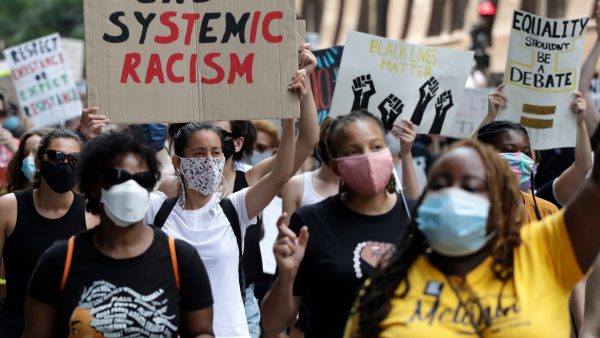 One aspect of systemic racism that merits greater attention is the inherent racism in our healthcare system. Cities across the country are beginning to recognize that racism is a public health issue. On top of that, social determinants such as wealth inequality, access to housing and education and discrimination in the workplace, as well as other factors, also impact health resulting in worse health outcomes and higher death rates for black people.

The COVID-19 pandemic has exposed this disparity in a stark way – black people are being infected at higher rates, are experiencing more severe disease and are more likely to die of COVID-19 than white people. This is a systemic problem, not a biological one. The Human Genome Project determined definitively in 1999 that there is no genetic basis for race.

To understand why our healthcare system is racist, we have to go back to its roots. The United States was built on a foundation of chattel slavery where black bodies were property, a commodity. European doctors were employed to make sure slaves were healthy enough to be sold and to work, as if they were objects and not human beings.

In the late eighteenth century, being black was viewed as a disease that required a cure. In the nineteenth century, medicine viewed people of different races as different species. This was used to justify differential treatment. Black women were believed to be capable of returning to work immediately after giving birth and black people were believed to be more capable of working long hours in the hot sun than white people.

Black people were also used for medical experimentation. The ‘father of gynecological surgery,’ James Marion Sims, developed his techniques by operating on black women, often without using anesthesia and surely without their consent. In the mid-twentieth century, the Tuskeegee experiment was conducted in which black men were not informed they had syphilis and were not offered treatment, even though it was available, because researchers wanted to study the natural progression of the disease. This went on until 1972. It was only stopped because it was discovered and leaked to the media, generating attention and public outrage.

Racist stereotypes exist in how physicians view their patients today. One study found that when physicians were given the same description of patients that only varied by race, they made different diagnoses. Doctors were more likely to view black patients as ‘violent, suspicious or dangerous.’ Another study documented that racial bias leads to less treatment of pain for black versus white patients.

Systemic racism is embedded in medical treatment protocols. Algorithms that give weight to different factors are often used to make treatment decisions. When race is a factor in these algorithms, it results in less aggressive or lower quality care for black people.

White people dominate our healthcare system. For a long time, black people were excluded from medical education and from participating in the medical system. Medical schools were created for black students, but many of these schools closed. Even today, black people are underrepresented in the physician workforce. Black doctors are less likely than white doctors to be in medical and surgical specialties and are underpaid even within the same professions. This makes a critical difference in the lives of patients. A recent study found that when black infants are treated by black doctors, they have a significantly higher survival rate. 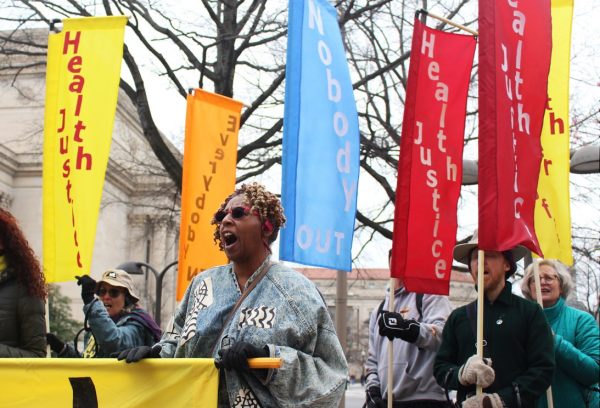 One small step that can be taken to reduce racial health disparities and begin to address racism in the healthcare system is to implement national improved Medicare for all (NIMA), a type of single payer  system. This would change healthcare to a public good, not a commodity, and would create a national healthcare system that has the ability to determine where resources need to be added to improve health.

NIMA is a system in which every person in the United States would have a healthcare card that covers all medically necessary care, including care that is frequently excluded such as mental, vision, hearing, dental, substance abuse treatment and long term care. People can choose where to go for care and are covered no matter where they are in the country, at home or while traveling. Coverage is life long. And, there are no medical bills – everyone contributes into the system through taxes based on ability. The government pays the health professionals and covers the costs of hospitals and other healthcare facilities.

NIMA is a first step. Beyond that, there is much to do to eliminate systemic racism in the healthcare system, such as building up the black physician workforce, opening more clinics and other health facilities in black communities and openly addressing the sources of racial bias. Another step is giving communities greater control over their health facilities in determining priorities and how budgets are spent. 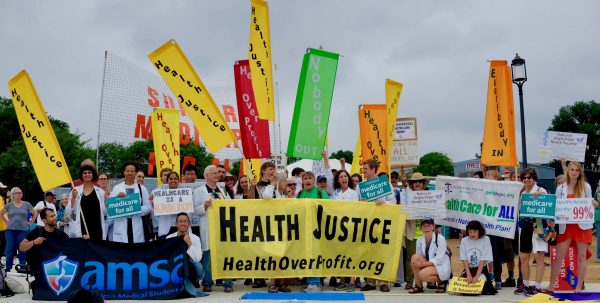 How Do We Get There?

Popular support for national improved Medicare for all has been growing. The COVID-19 pandemic has accelerated this by exposing so blatantly all of the flaws in our healthcare non-system from the failure to start testing and containing the virus early on, not providing appropriate equipment where it is needed, and price gouging to people not receiving care because they can’t afford it or suffering a double trauma of illness and financial ruin.

Neither of the presidential candidates in the major corporate parties support NIMA. We will win when we build enough popular power to make our demand impossible to ignore. That comes from creating a movement of movements working toward this common goal.

At a time when there is a lot of conversation about systemic racism, it is important to include how racism impacts health. To assist with that, we created a new toolkit, “Racism and Health.” It includes a power point presentation, a sample script and a guidebook. We are also conducting two online trainings to answer your questions about it on Tuesday September 29 and Saturday October 3. Register here.

This is free because the purpose of this toolkit is to raise awareness so we are ready to fight for the human right to health and to bring equity to our healthcare system. We also appreciate your feedback. Contact info@popularresistance.org.