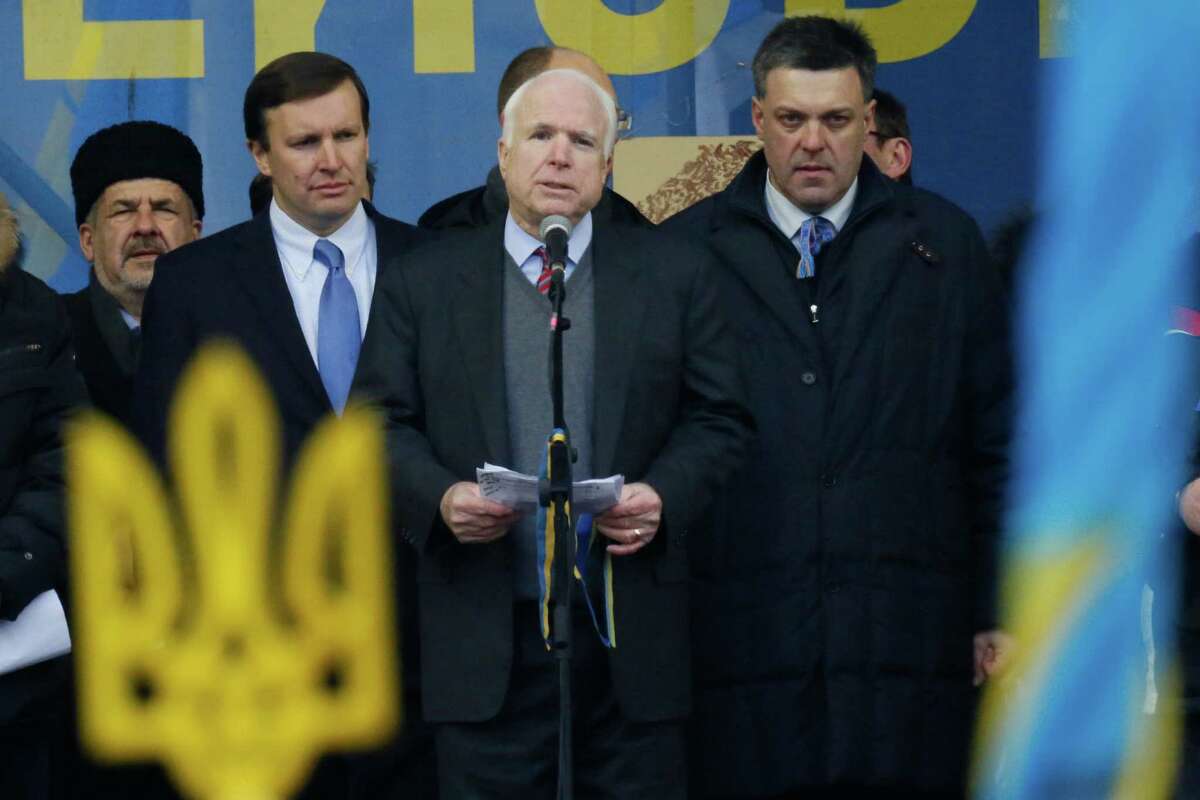 Liberal Democracy: The Bedfellow Of Fascism

Antifascism, as a politic and concept, has grown more appealing in the last 6 years because of the rise of right-wing authoritarianism domestically and globally rooted in patriarchy and ongoing (settler) colonialism. Nonetheless, there remains much confusion about fascism. Earlier this month, I was a featured panelist for a roundtable discussion with the editors of For Antifascist Futures: Against the Violence of Imperial Crisis and author of On Microfascism: Gender War and Death at the Red Emma’s bookstore in Baltimore. It was a compelling cultural and political exploration wherein we engaged the feminist and anticolonial dimensions of antifascism with readers and has since led me to deeper exploration of fascism’s historical relationship to liberal democracy, in the context of this current political and pop culture infused moment.

African revolutionaries like George Padmore, W.E.B Dubois, Walter Rodney, and most famously Aime Cesaire, have all declared that fascism was only ever considered a new phenomenon when it touched Europe, but it always existed within colonial practices applied in the colonies. As historian Allan ES Lumba acknowledges in the essay “Left Alone with the Colony,” featured in the book *AntiFascist Futures*:Against the Violence of Imperial Crisis , “Fascism is not a neat category of political ideology but rather a historical reaction to recurring threat of revolutionary decolonization and the chronic instability of a geopolitical system structured around capitalist empires.” (pg. 72)

I found this particularly useful in helping to gauge the contemporary mainstream usage of fascism which has led many to believe that it’s a thing of the past, and we are simply witnessing a reemergence rather than a continuation.

When George Jackson advised in 1970 that we “settle our quarrels” because “fascism was already here,” it was with the astute understanding that the ongoing decolonization movements happening in the US and abroad were creating a crisis for the white world. Fascism, which emerged in Europe inspired by movements in the US  like Jim Crow, did not break from the totalitarian logic and practice of European colonialism. Understanding ourselves as a colonized people  within the US (politically, economically, and socially), we can understand that our lives are dictated by the authoritarian policies of a ruling class of a settler colony. The US has always been fascist from inception.

Yet, the US has been able to skirt its history and fascist foundation with its flippant use of “democracy”. Declaring itself as the one true beacon of democracy, “the shining city on the hill”, the US continues to play footsie with fascism in spite of its rhetoric on “human rights”. Liberal democracy breeds fascism, as it is the best ideology and state formation for providing legitimacy to capitalist dictatorship— an unbridled power of capital. Glancing upon the history of the European colonial project, one can clearly see that in all of the colonial empires, workers were provided with forms of “democratic participation” while the colonial empires simultaneously imposed fascism as governance. This should resonate with the current “democratic processes” that exist under this settler colony.

Since the 2020 election cycle began, “fascism” took on a plethora of new meanings, none of which actually accessed the ongoing material conditions surrounding the rise of fascism outside of the Republican Party. In fact, one could easily conclude that “fascists” and “republican” were interchangeable words if they paid close enough attention to the elections. But they are not. The confusion around fascism, weaponized by liberals to drive people to the voting polls, has disallowed any inspection of the primary role the Democratic Party (with its neoliberal, populist, and austerity police state policies) has played by sheltering and coddling this current iteration of fascism.

AntiFascist Futures opens with an essay by anthropologist Nadia Abu El-Haj entitled “The Banality of Knowledge” that provides a great intervention in understanding the direct connections between never-ending wars and the continuation and expansion of fascism particularly pertaining to truth and lies:

“While I recognize the ubiquity, significance, and political power of patently false claims, I want to explore a different configuration of a post-truth world––of knowledge and power––that also operates today. What if the lie, or for that matter, the secret is not the only way to undermine the power of “facts”? How else are (significant, foundational even) “factual truths,” the kinds of truths that exist in the domain of human action and are “political by nature,” rendered politically inconsequential? Given the now widely accepted aphorism that knowledge is power, in actual practice (how) does “knowing” inform politics?” (pg 24)

When we review what has been told to us about the US/EU/NATO proxy war in Ukraine , including the more than $60 billion spent to arm Azov Battelion, Ukrainian National Guard of nazis, the struggle over historical and political facts and truths becomes alarmingly revealing. Many have and continue to approach the US/EU/NATO proxy war in Ukraine as some new phenomena, while having overlooked or disregarded the 2014 coup and the 8 years-long civil war between Ukraine and the Donetsk and Luhansk People’s Republics. As such, they have dismissed the fascist elements of the Ukrainian government itself, the Azov Battellion training nazis globally (from Brazil  to Charlottesville), and the United States and its allies instigating Russia over its recognition of the Donetsk and Luhansk People’s Republics as independent states for the possibility of NATO expansion. None of this is insignificant. There has been a cost for the lies told to American citizens in order for the US to continue to garner support for its attempts to expand NATO and its own imperialist, hegemonic goals.

Mainstream media, a long arm of the state, has continued to deny the 2014 coup as well as the existence of nazis in Ukraine, going so far as to even show Ukrainian soldiers with nazi regalia on national TV. And while the Democratic Party is sounding the alarms about the “loss of democracy” with January 6th trials and another push to “vote out fascism”, they ironically continue to fund and arm nazis in Ukraine to “save democracy.” These lies, that have intentionally caused political and historical confusion, have created the space for fascism to not only grow more organized but increasingly more normalized. We are witnessing iterations of fascism play out in the contentious and close election in Brazil, for example; it can be seen in the liberal embrace of the recent appointment  in Italy reinstating Mussolini’s party; even the assassination attempt of the Vice President of Argentina can be traced  to a growing fascist movement.

Instead of addressing the global impact of this lie, mainstream discourse has found ways to focus on individuals. Whether the reckless antics of a head of state or the rantings of a manic African petty bourgeois celebrity, mainstream liberal discourse has chosen to lean into liberal individualism as “analysis.” This, of course, disconnects the hate-filled rhetoric from the ruling class (which politicians and celebrities alike are subservient to) that sympathizes with fascism. This is not about individuals, however, this is about a system that continuously emboldens individuals, who then become organized; what does it mean to rail against this when we are not organized to take power?

Public discourse prioritizing a good/bad false dichotomy has resulted in surface level conversations about antiBlackness and antisemitism that ignore the function of US imperialism that doesn’t give a damn about the African or the Jew, which is identified through these attempts to continuously expand NATO. How can one attempt to have serious discussions about antisemitism while voting for a party that continues to arm nazis, who have played an integral role in a worldwide upsurge of fascism? Are people expected to ignore the US (and Ukraine’s) vote against  the UN General Assembly’s resolution condemning Nazism, neo-Nazism and all forms of racism? How does one contend with attempts to have serious discussions about antiBlackness while never challenging the expansion of AFRICOM , in spite of the uprisings in the Sahel and The Horn? Are people expected to look favorably upon the Countering Malign Russian Activities in Africa Act (HR 7311 ) which threatens to punish African nations for not supporting a proxy war? Does the latest efforts of western occupation of Haiti being led by the U.S. signal concern for Black lives?

Neoliberalism and fascism are representatives of two distinct structures or expressions of the same underlying class rule and yet, contemporarily, the rise of fascism in the west is a very real response to the ravages of neoliberalism. What does that mean for the African? Liberal bourgeois democracy, historically and contemporarily, plays a role in the expansion and assertion of fascism. Until we are organized to not only recognize but understand who and what our enemies are and take power, the “discourse” will continue to launder our rage into a far more critical position than we are finding ourselves in now.