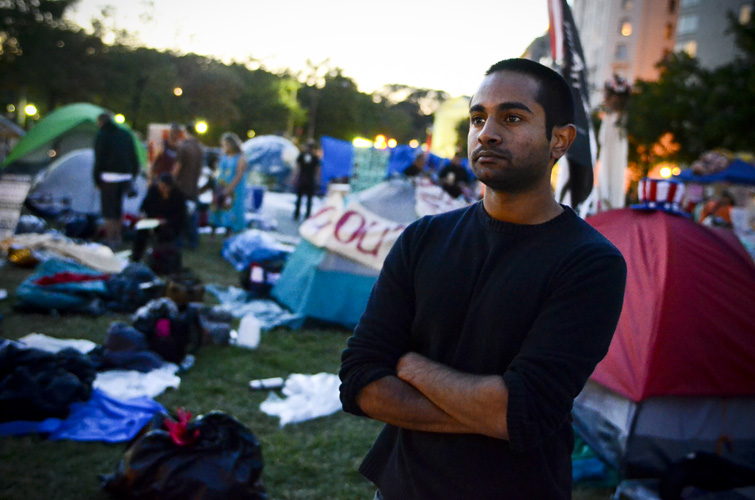 Letter to ‘The Nation’ From a Young Radical

Liberalism—including much of what’s published in this magazine—seems well-intentioned but inadequate. The solution lies in the re-emergence of American radicalism.

Somewhat ironically, given the history of violence and repression inflicted on the left throughout its history, the solution to liberalism’s impasse lies in the re-emergence of American radicalism. The prospects are more promising than they may seem at first glance. The present context on the socialist left is one of institutional disarray but critical vibrancy, not unlike the moment that fueled leftist milieus in the early 1960s, when journals like Studies on the Left anticipated the upsurges that were soon to come, but groups like the Socialist Party of America were in terminal decline. Current literary journals like n+1 have taken a turn toward the political through engagement with Occupy Wall Street, while radical thinkers like Vivek Chibber, Doug Henwood and Kathi Weeks are finding broad new audiences for their work. A younger cohort is emerging as well. This generation of Marxist intellectuals is resurrecting debates about the reduction of working time, exploring the significance of new forms of labor, and arguing about the ways a democratic society would harness technological advance to universal material benefit, while avoiding ecological ruin.

It’s a big mission, but in covering these themes, Jacobin, the magazine I founded in 2010, has garnered a measure of mainstream attention and success that would have been inconceivable even a few years ago. Still, the actual political situation in the country hasn’t caught up to the hype. Ideas don’t mean much without avenues for action.

Which is to say that the left needs a plan—a plan that must incorporate more moderate allies. American radicalism has had a complex and at times contradictory association with liberalism. At the peak of the socialist movement, leftists fed off liberal victories. Radicals, in turn, have added coherence and punch to every key liberal struggle and advance of the past century. Such a mutually beneficial alliance could be in the works again. The first step is to smash the existing liberal coalition and rebuild it on a radically different basis.

Socialists must urgently show progressives how alien the technocratic liberal worldview is to the goals of welfare-state liberalism—goals held by the rank and file of the liberal movement. The ground can be softened at the intellectual and cultural levels, but a schism will have to be forced through actual struggle. Broad anti-austerity coalitions, particularly those centered at the state and municipal levels like last year’s Chicago Teachers Union strike, point the way toward new coalitions between leftists and liberals committed to defending social goods, especially if that means standing up against pro-corporate members of the Democratic Party like Rahm Emanuel.

A last bastion of progressive strength, public sector labor unions, will be crucial in these battles, but they will have to adopt new tactics. The teachers union’s commitment to community-wide agitation and social-movement building—a commitment that kept it in the public’s favor—is a model to emulate. And groups like the AFL-CIO’s Working America, which is currently not serving an especially radical purpose, could potentially give labor a tool to circumvent restrictive labor laws and build alliances with unorganized sectors of the population.

These national campaigns will have local roots. The recent neoliberal turn of Democratic mayoralties, for example, has much to do with their intense budget constraints. But these isolated struggles must be tied to broader campaigns to centralize our welfare system, shifting local and state burdens onto the federal government. Such a change would allow for a deeper development of social protections and allow progressives who are elected to office to govern without having to impose austerity on workers.

This is just one example of the kind of class politics that has to be reconstituted in America today; surely there are many others. The Next Left’s anti-austerity struggles must be connected to the environmental movement, to the struggle of immigrants for labor and citizenship rights, and even, as unromantic as it sounds, to the needs of middle-class service recipients. Baby boomers are facing retirement without pensions or private savings; they have a stake in defending Social Security. Recent college graduates are saddled with student loans and fear they won’t be able to buy homes or start families. The left must organize around these aspirations and expand its coalition until left-liberalism becomes the dominant force in American politics.

And what then? Socialists aren’t just doctors with remedies for liberalism’s ailments. We’re members of a movement with aspirations distinct from it: a society free from class exploitation, a democracy extended from political spheres to social and economic ones, a world dramatically transformed. This means pushing struggles beyond the limits of liberalism, or even the boundaries of a single nation. It means a pitched battle for supremacy within the broader progressive movement and, at the very least, a golden age of dinner-table political banter.

Bhaskar Sunkara is the founding editor of Jacobin and a senior editor at In These Times.

Read John Nichols on “How Socialists Built America” (May 2, 2011), adapted from his book The “S” Word: A Short History of an American Tradition… Socialism (Verso).