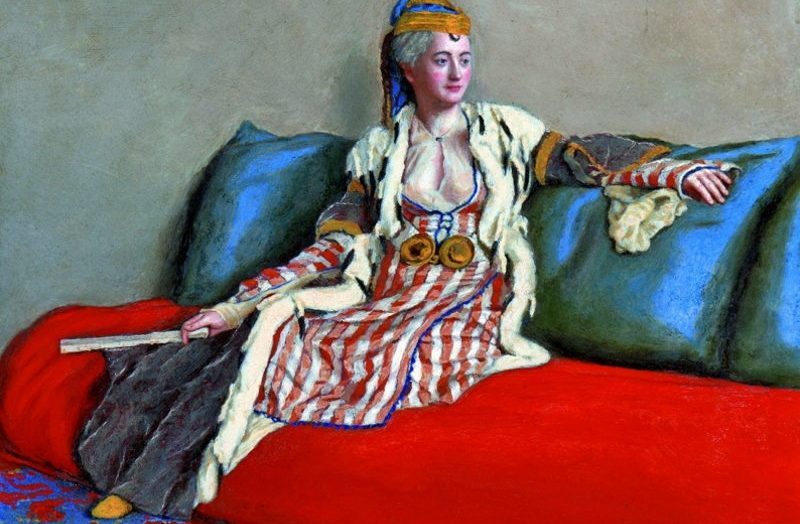 Like Previous Pandemics, COVID-19 Will Shape the Fates of Nations

For the last couple of weeks, I’ve been delving back into one of my favorite books, “Plagues and Peoples,” by the celebrated historian William H. McNeill. Its relevance to today’s headlines is fairly obvious. What makes the book so compelling is McNeill’s ecological sensibility: He understands human beings as biological organisms embedded in living systems. For him, conquerors like Genghis Khan are macropredators, disease organisms are micropredators, and human history is the tale of how both have shaped population levels and relative degrees of social power.

In his discussion of the role of diseases in the political developments of 18th-century Europe, McNeill makes this remarkable observation:

[T]he rise of Great Britain in comparison with France in the course of the eighteenth century depended, among other things, on the remarkable population growth that set in earlier and continued longer in Britain than in France. Political institutions, the distribution of coal and iron ore, social structures, values, and individual inventiveness all played a role in defining the over-all result: but in light of what can now be said about the retreat of plague, malaria, and other infectious diseases from the English countryside, together with England’s head start in the deliberate control of smallpox, it seems clear enough that divergent disease experiences in the two countries had much to do with their divergent population histories.

McNeill goes on to cite England’s successful management of infectious disease as one of the critical developments of 18th century history, fostering the rise of the British Empire and thereby reshaping the world order, from the Americas to Asia. He also attributes the rise of “enlightened” philosophical and social world views during this period at least partly to the development of scientific methods of disease suppression.

All of which leads me to contemplate the current coronavirus pandemic in the context of history, and to propose a simple thesis: The ways that nations respond to the pandemic today will largely determine their fortunes and fates over the next couple of decades at least, and perhaps beyond. Nations that are more successful at controlling the disease and minimizing fatalities will enjoy more social cohesion, while those that delay active measures to control its spread will see greater social stress, and a crippling of public faith in leaders and institutions.

Of course, nations that already enjoy high levels of social cohesion and sound leadership are better positioned to successfully contain the pandemic. Thus, the coronavirus may end up simply being a magnifier of trends already in progress. If it is true, as some have argued, that the United States is an empire in decline, the virus may simply speed up the erosion of its global influence. And if some Asian nations seem destined for a more prominent place in international politics and commerce, the pandemic could propel them to that position even faster.

As for economic impacts, there may be no way to avoid extreme and enduring damage to markets and supply chains. Delaying containment measures in order to maintain business as usual would likely lead to overwhelmed health care systems and, in turn, higher death rates. Fear of contagion would then likely cause disruptions of trade and commerce at least as severe as those triggered by the proactive lockdown measures that have already been enacted in some of the countries furthest along in the pandemic cycle — notably China, whose economic activity seems to have shrunkremarkably in the past two months. One way or another, we seem to be in for a global depression. But, as with the pandemic, the ability of nations to weather hard economic times may depend largely on factors of leadership and social cohesion.

It’s already apparent that clear government messaging, widespread testing, and early lockdowns in countries like Taiwan have worked to curtail the outbreak and foster widespread compliance with government recommendations. Compare this with President Trump’s sometimes dismissive and often counterfactual comments about the pandemic, the U.S. government’s failure to roll out a robust testing program, and its lagging effort at containment. Of course, U.S. politics were already highly polarized, thus complicating the task of coordinating a coherent large-scale response by local, state, and federal governments. But crucial missteps early in the cycle may eventually lead to even more divisiveness, as the economic and social tensions resulting from mounting casualties and months of lockdown erode the patience of a restive public.

Boris Johnson’s recent, now countermanded strategy of allowing the virus to spread in U.K. so as to develop “herd immunity” contrasts strongly with his nation’s historic successes in minimizing disease three centuries ago. While inoculation against smallpox began as a folk remedy in Arabia, North Africa, Persia, and India sometime in the distant past, Mary Wortley Montagu’s introduction of the practice to England — after witnessing it in Turkey in 1717 — led to its general adoption throughout Europe. In that instance, efforts in Britain to control disease resulted not just in the saving of lives, but in enhanced general trust in the nascent scientific method. In contrast, Johnson’s zigzagging coronavirus messaging has thus far sown only confusion.

We shall see. Trends are still developing, we’re still early in the pandemic cycle, and there is still time for strategies to shift. In any case, the events that are unfolding now will likely prove to be historically decisive.