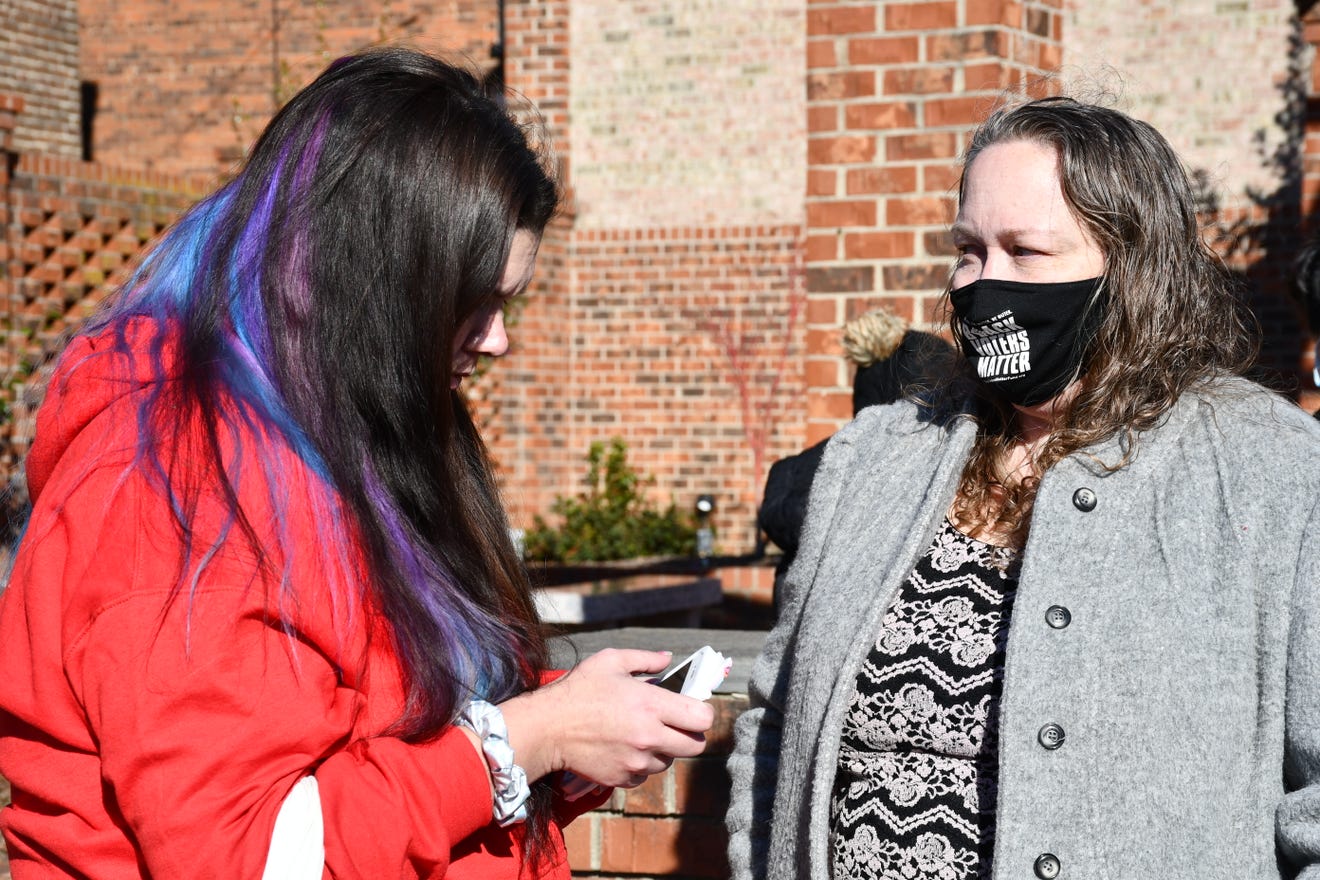 Graham, North Carolina – Amy Cooper said she and a handful of other activists came together at Court Square in Graham on Wednesday for an event touting tenants’ rights while decrying evictions.

“A lot of landlords take advantage of people not knowing their rights, so one of the things we want to do is push tenants’ rights so people know what they can and can’t do as a tenant,” Cooper said.

Cooper’s thoughts echo criticism from housing advocates across the country. Last Wednesday, housing rights advocates held simultaneous nationwide demonstrations in the hopes of sparking a paradigm shift away from the current system of landlords using evictions as a threat against tenants. Many argue housing is a human right and the system should reflect that.

Cooper herself knows the urgency many face when it comes to housing. She herself was faced with an eviction.

Currently, the state of North Carolina has a moratorium on evicting tenants, because of COVID-19 economic impact. According to Cooper, there was time late last year when the moratorium briefly lapsed, which opened up many to the possibility of eviction.

Paulen went on to explain there are a few situations under North Carolina law in which a landlord can pursue evictions. These include breach of lease conditions, failure to pay rent and criminal activity.

Both Cooper and Paulen said that the pandemic has made the housing situation worse.

“A lot of people are out of work, because of COVID,” Paulen said. “Just the risk of becoming unsheltered, during a pandemic, it’s very dangerous.”

“You can’t shelter in place if you don’t have anywhere to shelter,” Cooper said.

Cooper said that housing advocates hope that the incoming administration will do something to fix the current situation.

“We’re counting on the Biden administration to cancel rent or extend the moratorium,” Cooper said. “I’ve heard he’s planning on doing that. There are [millions] of people, across the nation that are facing evictions.”