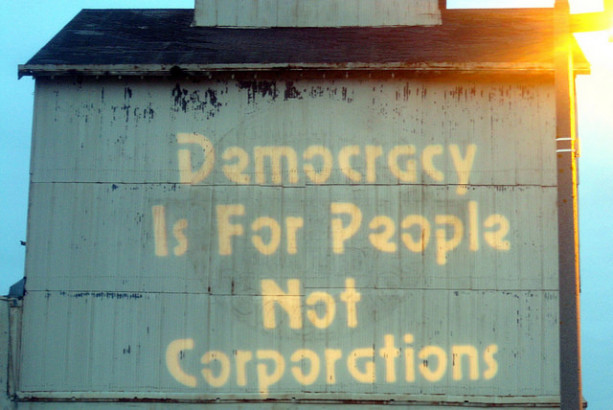 When the Federal Communications Commission votes December 14 on Chairman Ajit Pai’s proposal to repeal “net neutrality,” the Obama-era rules that classified broadband providers as “common carriers,” regulation of the internet will likely be ceded to the Federal Trade Commission. With the vote approaching, a coalition of local governments and consumer protections groups sent a letter to the FCC Monday morning asking the commission to delay the vote until a crucial, obscure court case is resolved. Leading those governments is New York City, alongside a host of high profile consumer rights advocates.

At issue is the case FTC vs AT&T Mobility , which could undermine the FTC’s regulatory authority. AT&T’s unorthodox argument:  that because part of its business is already regulated by the FCC as a common carrier,  the FTC does not have jurisdiction because of what is known as the “common carrier exception.” That exception is normally read to apply to specific activities of businesses and not the entire business itself. Nonetheless, the U.S. Court of Appeals for the  Ninth Circuit originally sided with AT&T. The decision was later vacated and is now being reviewed en banc by the entire court.

If the court review agrees with the court’s original decision, it will effectively mean that the FTC has no regulatory authority. With the FCC ceding its authority to the FTC while simultaneously preempting state authority, a total regulatory vacuum would be the result.

“It would become a total unregulated zone, really and truly,” Harold Feld of the consumer advocate group Public Knowledge, which is distributing the letter to the FCC, told International Business Timeslate last week. “Because your only options for consumer protection are the FCC, the FTC or the states.”

The FCC is aware of the danger proposed by the outstanding court decision; it’s mentioned in Ajit Pai’s draft order. However, Pai dismisses it out of hand, writing, “we find objections based on FTC vs AT&T Mobility insufficient to warrant a different outcome.”

In response to this specifically, the letter reads: “The cavalier way in which the Draft Order dismisses this concern raises the question as to whether the proposal takes even its own fig leaf of consumer protection seriously.”

Joining New York City are 40 other organizations that include digital civil liberties advocates Electronic Frontier Foundation as well as the American Library Association, the largest professional association of librarians in the world, with 57,000 members.

“Net neutrality ensures communities are strengthened with fair access to the information that they need to participate in the modern world,” said Miguel Gamiño, Jr., New York City’s chief technology officer. “Eliminating net neutrality protections will serve the telecom industry instead of safeguarding equity for people, economy and opportunity. I have signed onto this letter to continue to voice local government concern over the FCC plan to repeal net neutrality and ask that they delay a vote until after the resolution of pending court decisions that address risk to consumer protections from anti-competitive practices.”

Consumer advocates were already sounding the alarm that the FTC is a comparatively weaker regulator than the FCC because it can step in to take corrective action only after abuse has occurred, rather than set preemptive rules like the FCC. But if the Ninth Circuit’s original decision is upheld, then even the little regulatory power that the FTC has will vanish.

“Given the enormous danger to consumers of losing all protections should the Ninth Circuit decide to affirm the panel decision and side with AT&T Mobility, the FCC should delay a vote until the en banc panel of the Ninth Circuit issues its decision,” the letter reads.