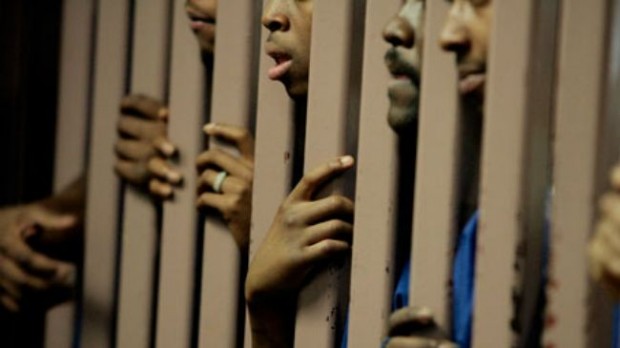 Locked Down, Locked Out Cuts To The Heart Of Mass Incarceration

Truthout Editor-in-Chief Maya Schenwar cuts open the heart of the social consequences of US policies of mass incarceration in her non-fiction book, Locked Down, Locked Out. Listen to Rivera Sun’s interview with Maya Schenwar on Occupy Radio.

Mass incarceration runs like a subterranean river under the roiling surface of the United States. Maya Schenwar’s nonfiction book, Locked Down, Locked Out, grips the reader at the first lines and drags them into the vicious current that threatens to drown 2.5 million Americans and their families. Schenwar bares the truth about our debilitating, inhumane, and grossly unjust policies of mass incarceration: we are killing the soul of our nation and crippling our country for decades to come.

Carefully researched and well-written, Locked Down, Locked Out tells the story of the world’s largest prison population from the inside. Schenwar gets into the heart and soul of those who have been incarcerated, unflinchingly exploring not only the imprisoned, but also the effects on their parents, siblings, spouses, lovers, and most poignantly, their children.

Beginning with Schnewar’s sister who struggled with heroin addiction and cycles of incarceration and recounting interactions with a series of imprisoned penpals, Schenwar uses personal stories to flesh out the statistics. In evoking our shared humanity, Locked Down, Locked Out reaches the reader’s heart and leaves one irrevocably altered.

It is the most gripping book you’ll read this year.

Human beings are more than facts, and the incarceration of 2.5 million American citizens wreaks havoc on the long-term stability of our culture, society, and our young people. Schenwar pairs statistics that tell you boys whose parents are incarcerated are five times more likely to become incarcerated themselves with heart-wrenching true stories that evoke the images of children left with a gaping hole where a parent once stood.

Schenwar relentlessly pursues truth in her writing, including her own confessions of the complexity of her relationship to her sister (at one point longing for her sister to stay imprisoned) and her discomfort writing to a pen pal on death row about his upcoming execution. Schenwar examines the sides of mass incarceration that often get ignored. She discusses $400.00/month phone bills to extortionist prison telephone services, bans on Internet access in prison, utter lack of employment options for the released, pregnant women separated from their babies just minutes after giving birth.

Although there is truth to stories of women giving birth in shackles, and stomach-turning statistics about sexual assault rates, Schenwar turns the reader’s attention to the most disgusting fact of mass incarceration.

Prison breaks human beings, traumatizes their families, cripples impacted communities . . . and it does not create stronger people nor reduce crime. Incarceration tends to lead not to reform of the individual, but to a higher likelihood of recidivism due to lack of employment opportunities, housing options, and other social setbacks once a person is released. In Locked Down, Locked Out, Schenwar boldly explores the alternatives, including chapters on restorative and transformative justice, the need to address systemic injustices such as racism and income inequality. She also addresses the concept of prison abolition as part of a tangible, practical, and articulated process of transforming the way we deal with crime in the United States.

Locked Down, Locked Out is a must-read. Gripping, eye opening, and essential for all Americans, it turns our hearts inside out and calls our conscience out of hiding. Schenwar cuts us open with the scalpel of this book hoping to find our humanity alive.

Rivera Sun is the author of The Dandelion Insurrection, and Steam Drills, Treadmills, and Shooting Stars, the cohost of Occupy Radio, and the cofounder of the Love-In-Action Network. She is also the social media coordinator for Campaign Nonviolence and Pace e Bene. Sun’s essays on social justice and nonviolent movements have appeared in many journals, including Truthout and Popular Resistance.  www.riverasun.com