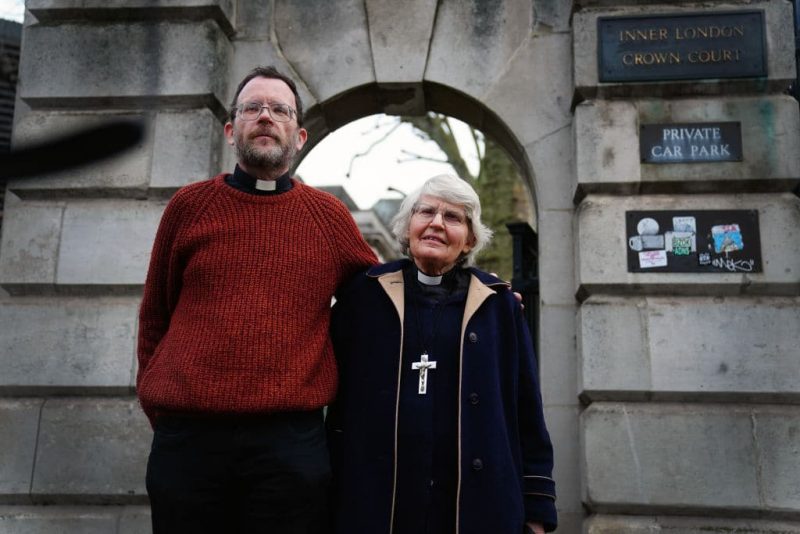 Three Extinction Rebellion activists who disrupted a London train during rush hour were acquitted by a jury Friday.

The three defendants, who said they were motivated by their Christian faith, did not deny their actions. Instead, they argued that their protest was lawful under the Human Rights Act.

”When a jury hears the truth about the escalating climate crisis, with the depth and seriousness they won’t get from the government or the media, they understand the urgent need to act,” Extinction Rebellion’s Zoë Blackler said in a statement emailed to EcoWatch. “The real criminals here aren’t 3 committed Christians who are risking their liberty to sound the alarm on a threat of existential proportions. The real crime lies with a government failing to do what’s necessary to safeguard the future of the human race.”

While Kingston super-glued his hand to the train, Parfitt and Newell climbed on top to say prayers for the planet. All three are members of Christian Climate Action and told the jury they were inspired to protect God’s creation by spurring action on the climate crisis, according to an Extinction Rebellion release emailed to EcoWatch.

Kingston also said he wanted to preserve the future for his four grandchildren.

During the trial, which took place at the Inner London Crown Court, the jury was presented with facts about the climate crisis, The Guardian reported.

“Climate change is a clear and imminent threat to human civilisation,” the jury was told, according to Extinction Rebellion. “It has become increasingly widely recognised that immediate substantial action needs to be taken in order to stabilise the climate at a temperature in which we can avoid massive and widespread loss of life.”

The jury’s decision follows other recent acquittals of climate activists. In December, a jury chose to acquit six Extinction Rebellion protesters who had stopped transit entering London’s financial district, The Guardian reported. In April of 2020, a further six activists were let off for a protest at Shell’s London headquarters.

“There is mounting evidence from the courts and in particular from juries that the public is taking the climate crisis and the increasingly urgent need to focus on it far more seriously than government and business,” Mike Schwarz, a solicitor at the firm Hodge Jones and Allen who represented the defendants, said, as The Guardian reported. “This verdict is part of this escalating pattern.”