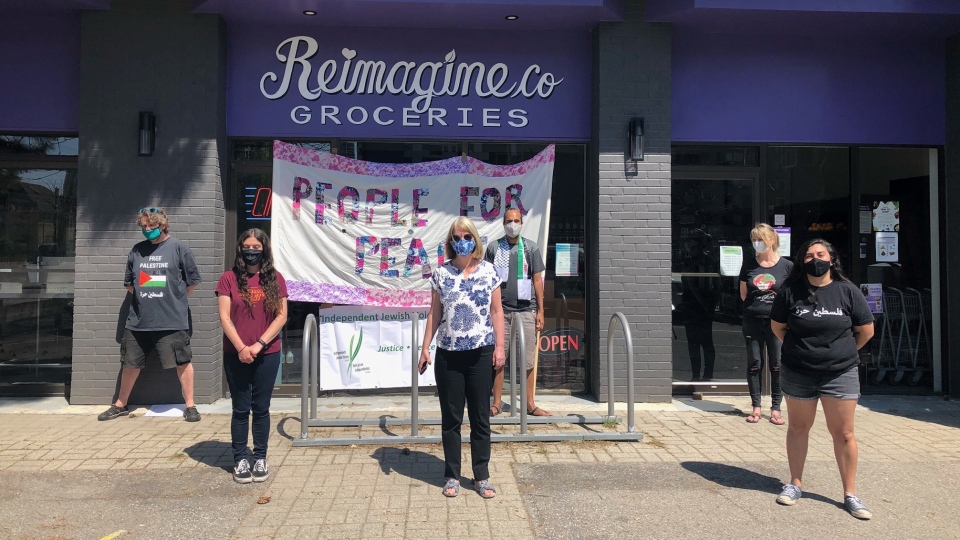 “What it means to be an apartheid-free zone, is we commit not to sell products from the illegal Israeli settlement or any country that violates Palestinian human rights.”

The declaration is being made in solidarity with residents in the Palestinian Territories where there has been ongoing violence.

“There is a need to stand up for justice, this is the way we know how. We will show other people in London that this is a far away place, but it’s an initiative that affects us all.”

Last week, hundreds gathered in their vehicles for peaceful rallies in London in support of Palestinians as violence in the region escalated.

But the violence has disrupted lives on both sides of the conflict, with residents in Jerusalem and Gaza reportedly scared to leave their homes due to ongoing bombings.

Israel carried out airstrikes on what it said were militant targets in Gaza while militants fired dozens of rockets into Israel on Tuesday as the fighting entered its second week.

‘As Palestinian Canadians…we have been horrified by the recent aggression on Gaza and the recent attacks in Jerusalem….we are trying to make a statement through our car rally or through today’s announcement.”

Other organizations showed their support for Rajani by making short speeches outside his business.

“This is the first organization to become an apartheid-free zone in Canada…this step is important to us as Canadian Jews of conscience.”

A representative for People for Peace, Wendy Goldsmith, was also in attendance.

“We think it’s terrific that the community is standing up and speaking out…I sure hope other organizations join as people are becoming more educated and aware.”