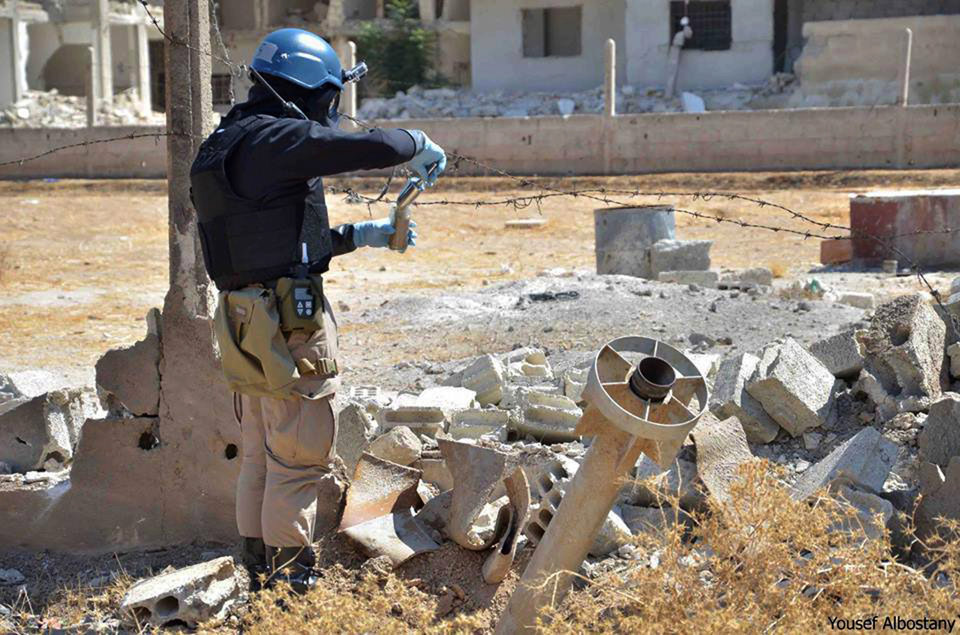 Lots Of Gaps In US Intelligence On Chemical Weapons

President Barack Obama declared unequivocally Wednesday that the Syrian government was responsible, while laying the groundwork for an expected U.S. military strike.

“We have concluded that the Syrian government in fact carried these out,” Obama said in an interview with “NewsHour” on PBS. “And if that’s so, then there need to be international consequences.”

However, multiple U.S. officials used the phrase “not a slam dunk” to describe the intelligence picture — a reference to then-CIA Director George Tenet’s insistence in 2002 that U.S. intelligence showing Iraq had weapons of mass destruction was a “slam dunk” — intelligence that turned out to be wrong.

A report by the Office of the Director for National Intelligence outlining that evidence against Syria is thick with caveats. It builds a case that Assad’s forces are most likely responsible while outlining gaps in the U.S. intelligence picture. Relevant congressional committees were to be briefed on that evidence by teleconference call on Thursday, U.S. officials and congressional aides said.

The complicated intelligence picture raises questions about the White House’s full-steam-ahead approach to the Aug. 21 attack on a rebel-held Damascus suburb, with worries that the attack could be tied to al-Qaida-backed rebels later. Administration officials said Wednesday that neither the U.N. Security Council, which is deciding whether to weigh in, or allies’ concerns would affect their plans.

Intelligence officials say they could not pinpoint the exact locations of Assad’s supplies of chemical weapons, and Assad could have moved them in recent days as U.S. rhetoric builds. That lack of certainty means a possible series of U.S. cruise missile strikes aimed at crippling Assad’s military infrastructure could hit newly hidden supplies of chemical weapons, accidentally triggering a deadly chemical attack.

Over the past six months, with shifting front lines in the 2½-year-old civil war and sketchy satellite and human intelligence coming out of Syria, U.S. and allied spies have lost track of who controls some of the country’s chemical weapons supplies, according to one senior U.S. intelligence official and three other U.S. officials briefed on the intelligence shared by the White House as reason to strike Syria’s military complex. All spoke on condition of anonymity because they were not authorized to discuss the Syrian issue publicly.

U.S. satellites have captured images of Syrian troops moving trucks into weapons storage areas and removing materials, but U.S. analysts have not been able to track what was moved or, in some cases, where it was relocated. They are also not certain that when they saw what looked like Assad’s forces moving chemical supplies, those forces were able to remove everything before rebels took over an area where weapons had been stored.

In addition, an intercept of Syrian military officials discussing the strike was among low-level staff, with no direct evidence tying the attack back to an Assad insider or even a senior Syrian commander, the officials said.

So while Secretary of State John Kerry said Monday that links between the attack and the Assad government are “undeniable,” U.S. intelligence officials are not so certain that the suspected chemical attack was carried out on Assad’s orders, or even completely sure it was carried out by government forces, the officials said.

Ideally, the White House seeks intelligence that links the attack directly to Assad or someone in his inner circle to rule out the possibility that a rogue element of the military decided to use chemical weapons without Assad’s authorization. Another possibility that officials would hope to rule out: that stocks had fallen out of the government’s control and were deployed by rebels in a callous and calculated attempt to draw the West into the war.

The U.S. has devoted only a few hundred operatives, between intelligence officers and soldiers, to the Syrian mission, with CIA and Pentagon resources already stretched by the counterterrorism missions in Africa and the Arabian Peninsula, as well as the continuing missions in Afghanistan and Pakistan, officials said.

The quest for added intelligence to bolster the White House’s case for a strike against Assad’s military infrastructure was the issue that delayed the release of the U.S. intelligence community’s report, which had been expected Tuesday.

The uncertainty calls into question the statements by Kerry and Vice President Joe Biden. 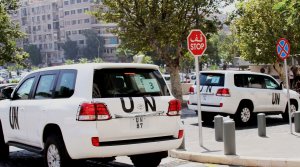 “We ultimately, of course, hold President Assad responsible for the use of chemical weapons by his regime against his own people, regardless of where the command and control lies,” Harf said.

The CIA, the Pentagon and the Office of the Director of National Intelligence declined to comment, and the White House did not respond to requests for comment.

Still, many U.S. lawmakers believe there is reasonable certainty Assad’s government was responsible and are pressing the White House to go ahead with an armed response.

“Based on available intelligence, there can be no doubt the Assad regime is responsible for using chemical weapons on the Syrian people,” said Sen. Saxby Chambliss of Georgia, the ranking Republican on the Senate Intelligence Committee. “Short of putting troops on the ground, I believe a meaningful military response is appropriate.”

Others, both Democrats and Republicans, have expressed serious concern with the expected military strike.

British Foreign Secretary William Hague said Wednesday that all the evidence points in one direction.

“There is no evidence that any opposition group in Syria has the capability let alone the desire to launch such a large-scale chemical attack,” Hague told British broadcaster Sky News.