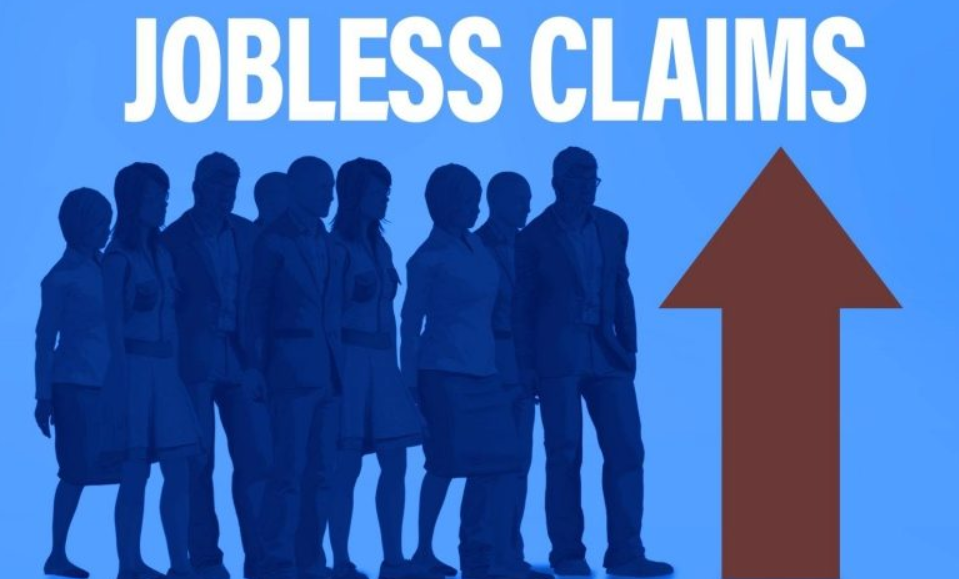 Low-Balling The Unemployed In The 2020 Economic Collapse

Above photo: From Yahoo.com.

This past Friday, May 8, the US Labor Dept. released its latest jobless figures. The official report was 20 million more unemployed and an unemployment rate of 14.7%.

Both mainstream and progressive media reported the numbers: 20 million more jobless and 14.7%. But those numbers, as horrendous as they are, represent a gross under-estimation of the jobless situation in America!

One might understand why the mainstream media consistently under-reports the jobless. But it is perplexing why so many progressives continue to simply parrot the official figures. Especially when other Labor Dept. data admits the true unemployment rate is 22.4% and the officially total unemployed is 23.1 million.

Here’s why the 20 million and 14.7% is a gross under-representation of the magnitude of jobless today:

First, the 20 million for April is really only for data collected until mid-April. Nearly 10 million more jobless workers filed and received, unemployment benefits after mid-April. And likely millions more jobless have been attempting to get benefits but haven’t. Even officially, more 33.5 million have filed for benefits, with several million more in the pipeline. So the April numbers of jobless—both receiving benefits and not yet getting them—are more than 20 million!

An even greater misrepresentation is that the official 20 million unemployed represent only full-time workers becoming unemployed. It’s the figure from the government report that is the category called U-3, or full-time workers. There are between 50-60 million more workers who are part-time, temp, contract, gig and otherwise ‘contingent’ workers (i.e. not full time) who are not considered in the 20 million and 14.7%.

Check out the Labor Dept’s own data, in Table A-8, which shows for March and April no fewer than 7.5 million part-time workers became unemployed. In April jobless in this group doubled over the previous month, rising by about 5 million in April, according to the Labor Dept.’s own monthly ‘Employment Situation Report’. 5 million to 7.5 million represent what’s called the U-4 government unemployment rate.

But there’s still more. It’s what’s called the U-5 and U-6 unemployed. Who are they? They are what the government calls workers without jobs who are ‘marginally attached’ to the labor force and workers who are too ‘discouraged’. They are just as ‘jobless’ as full time and part-time workers. But they are put in another category simply because they haven’t actively looked for a job in the most recent four weeks.

You see the US government defines unemployed as that subset of jobless who “are out of work and actively looking for work”. If you haven’t looked in the last four weeks, you may be jobless but aren’t considered unemployed! Go figure. Add them to the U-3 unemployed, and the totals for unemployed in America rise to 22.4%. Add in those who filed for benefits in the last half of April, or tried to, and we get closer to the publicly admitted 33.5 million without jobs and receiving unemployment benefits.

But that’s not even the whole real picture. The way the government defines unemployment a worker must be part of the labor force. The labor force is composed of two groups: those who have jobs and those who are officially unemployed—i.e. out of work and looking for work in past four weeks. If you are not looking, you’re ‘marginally attached’ (U-5, U-6). It assumes if you have stopped looking in the past four weeks you are part of the 850,000 ‘marginally attached’. But that figure is not credible. Somehow there are less than a million jobless who simply haven’t tried to find a job in the last four weeks? Really? There are many millions.

A government stat that suggests there are likely millions more not in the labor force who are jobless nonetheless is called the ‘Labor Force Participation Rate’. It estimates the percent of the working age population who either have a job or are officially unemployed.

The US government doesn’t consider them unemployed so they don’t show up in the U-3 or even U-6 statistics! But if they aren’t in the labor force they are jobless by definition. Perhaps 850,000 are counted as the ‘marginally attached’. But what about the remaining 7.2 million or so? The government has no category for them except for the estimation of them in the labor force participation rate. It tries to explain the large number away by saying they retired or went back to school. But did 7.2m (63.4% in Feb. drop to 60.2% in April) retire in 2 months? And they certainly can’t have gone back to school in mid-March/April 2020.

Another government statistic that corroborates this ‘missing 8 million’ in the labor force participation rate is called the Employment to Population Ratio stat. It measures how many are in the labor force as a percent of the total US population of nearly 340 million.

So both the labor force participation rate and the employed to population ratio both suggest the Labor Dept.’s official U-3 (or even U-6) unemployed figures are grossly under-representations of the total Americans without jobs today.

Voluntary Jobless Are Not ‘Unemployed’

One possible reason for the discrepancies between the official unemployed of 23.1 million vs. the 33.5 million receiving benefits, or the 7-8 million not being counted per the labor force participation rate and EPOP ratio, maybe due to the government in this current crisis choosing not to count as unemployed those workers forced to leave work since February to care for dependents.

Remember the government’s driving definition of unemployed is the worker must be ‘out of work and actively looking for work’. Millions of workers who have been forced by the current crisis to leave their job to care for elderly and disabled family members, or to care for young children forced to stay home due to school closures, are not ‘actively looking for work’. Few Americans can afford nannies to watch their young children so they can work. But those in this situation are not considered unemployed by the US Labor Dept. because they don’t fit the definition of ‘actively looking for work’! It’s not clear how many in this category the Labor Dept. has recently refused to acknowledge as officially unemployed.

In America, you may be jobless, but that doesn’t necessarily mean per the government you are unemployed!

The above stats and data show that the under-reporting of the jobless in the US is not some kind of conspiracy by the Labor dept. and the government. The data are there, buried in the monthly labor reports beyond the executive summaries. The government stats, moreover, are not perfect. There are serious problems related to raw jobs data recovery, to the various assumptions on that raw data the government makes to come up with their jobs ‘statistics’ (always operations on raw data with assumptions which data to count and how). There are conflicting conclusions often between this or that data or statistic. Furthermore, in recent years changes in statistical processing have sought repeatedly to change definitions and processes in order to ‘smooth out’ swings in the statistics—whether employment, unemployment, wages, or inflation. The government has a vested interest in ensuring the smoothing. It reduces government (and especially business) costs of programs and operations.

If there’s a conspiracy of sorts, it’s in the media that purposely seems to always ‘cherry-pick’ the most conservative stat to report. Thus we get the media trumpeting every month the nearly worthless statistic of the U-3 unemployment rate—a stat that applies only to full-time workers and ignores part-time, temp and other contingent labor who make up now nearly a third of the US labor force; a statistic based on a narrow definition of unemployed that has become an oxymoron when estimating unemployed; a statistic based on questionable assumptions and data gathering; and a statistic that can’t be reconciled with other statistics like the labor force participation rate.

However, what’s really disappointing is that many progressive and left economists simply parrot the government’s and mainstream media’s misleading U-3 statistic. One can understand why the corporate mainstream media keep pushing the U-3 stat and thus trying to make the unemployment situation look better than it is (or today not as bad as it is). But progressive economists should know better.

Dr. Rasmus is author of the just-published book, ‘The Scourge of Neoliberalism: US Economic Policy from Reagan to Trump’, Clarity Press, January 2020; and the previously published ‘Central Bankers at the End of Their Ropes, Clarity Press, August 2017. He blogs at jackrasmus.com and tweets at @drjackrasmus and hosts the weekly radio show, Alternative Visions, Fridays at 2 pm eastern time.