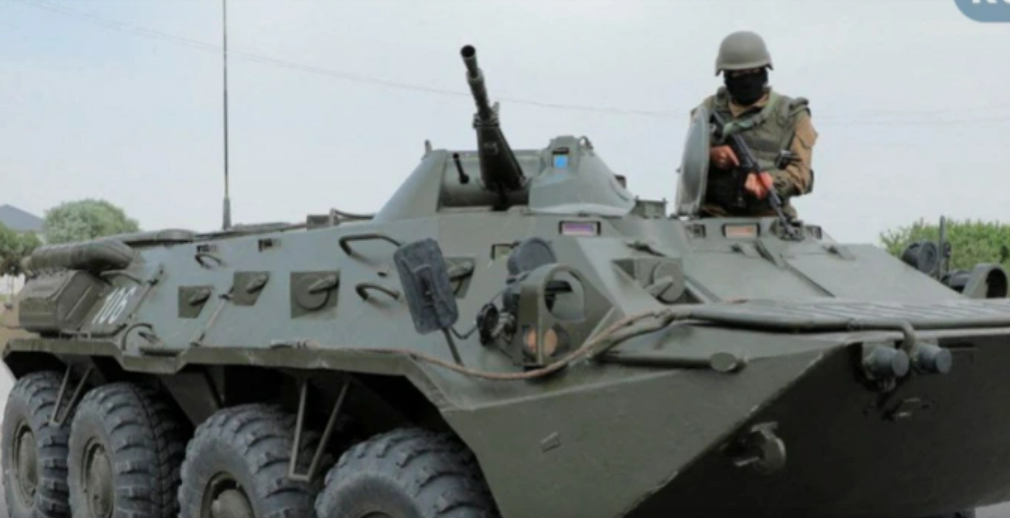 Above photo: President Shavkat Mirziyoyev has declared a state of emergency in the province of Karakalpakstan. Kun.uz via Reuters.

On Saturday, a month-long state of emergency was declared in the former Soviet Republic of Uzbekistan, in response to violent protests in response to government plans to revoke the autonomy of the north-eastern republic of Karakalpakstan , a decision which Uzbek President Shavkat Mirziyoyev would later drop following a visit to the region.

Despite the current disturbances only starting several days ago, their sudden escalation to extreme violence, as well as the coordinated coverage of the situation by corporate media outlets, including the US government-funded Radio Free Europe, already bears all the hallmarks of a CIA regime change operation.

Indeed, such a situation was predicted by Belarusian President Alexander Lukashenko in January of this year, when a similar regime-change attempt was taking place in Uzbekistan’s larger northern neighbour Kazakhstan.

This attempt, carried out in line with a May 2020 document published by neoconservative think tank the RAND Corporation, sought to destabilise the central Asian Republic in order for the after-effects to spill over into neighbouring Russia, with the 7,000km land border shared between both nations being the second largest in the world after Canada and the US.

Following the deployment of the Moscow-led Collective Security Treaty Organisation (CSTO) to Kazakhstan however, at the request of Nur-Sultan, the Western-backed colour revolution attempt was quelled in the space of two weeks, with the military alliance withdrawing from the central Asian country soon after.

Belarus itself had experienced a colour revolution attempt in August 2020, when following Lukashenko’s Presidential electoral victory over opposition candidate Sviatlana Tsikhanouskaya, a Euromaidan-style colour revolution was launched against Minsk, the former Soviet Republic being a long-time target for the regime change lobby owing to it being Moscow’s sole European ally, having highly-nationalised state industries, and the instalment of a pro-Western government resulting in Russia’s entire Western border being composed solely of NATO-members and allies.

Indeed, the encirclement of Russia was a motivating factor in the aforementioned Euromaidan colour revolution launched in response to then-Ukrainian President Viktor Yanukovych’s November 2013 decision to suspend an EU trade deal in order to pursue closer ties with Moscow.

Violent protests would rock the eastern European nation in the aftermath, centring on Kiev’s Maidan Square, where neoconservative US Senator John McCain would infamously address demonstrators.

This violence would eventually culminate in the predominantly ethnic Russian Donbass region in the east of the country breaking away to form the independent Republics of Donetsk and Luhansk in April 2014, the catalyst for which being the anti-Russian far-right sympathisers who would take part in the Maidan movement, and who would also play a key role in the post-coup Western-backed coalition government of Petro Poroshenko.

An eight-year long war on both Republics would follow, involving the use of neo-Nazi paramilitaries such as Right Sector and Azov Battalion, and leading to an estimated 14,000 deaths.

Despite attempts by the Kremlin to diplomatically resolve the situation via the Minsk Agreements, which would see both Republics granted a degree of autonomy whilst still remaining under the rule of Kiev, Moscow’s hand would ultimately be forced in February of this year when a military intervention was launched into Ukraine.

Almost five months of global condemnation and sanctions towards Russia have since followed, however this has done little to hinder Moscow’s goals of removing the neo-Nazi elements involved in the ethnic cleansing campaign in Donbass, and destroying any Ukrainian military infrastructure that would ultimately have been used by NATO had Kiev gone on to become a member, the alliance having failed to honour a post-Cold War agreement not to expand eastwards.

Indeed, less than 24 hours after Uzbekistan’s state of emergency announcement, Russian Defense Minister Sergey Shoigu announced that the Luhansk People’s Republic had come fully under Russian control, highly coincidental timing that suggests that the current strife in Uzbekistan has been orchestrated as a means to eventually lead to further destabilisation along Russia’s southern border, just as Lukashenko predicted.