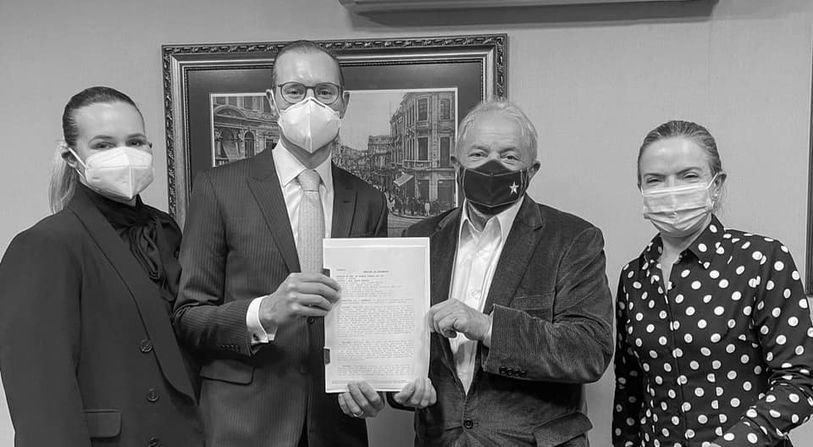 Lula has been exonerated from all Lava Jato charges.

The investigation into the US role in the greatest travesty of justice in Brazilian history continues.

This week Brazil’s Superior Justice Court ordered the Justice Ministry to grant former President Luiz Inácio Lula da Silva and his defense team access to previously sealed information on the existence of partnerships between the US Department of Justice and the  Lava Jato investigation task force.

As US Attorney General William Barr pointed out in his response to a 2019 US congressional inquiry led by Hank Johnson, the fact that the Lava Jato investigation represented a partnership between the US Department of Justice (DOJ), the Securities and Exchange Commission (SEC) and the Brazilian Justice Ministry has been public knowledge in the US, available on the DOJ’s own website, since 2016.

Lula’s defense attorneys have argued for years, however, that this partnership operated on the margins of the law, repeatedly violating both the terms and conditions of the US Foreign Corrupt Practices Act (FCPA) and Brazilian national security law, which prohibits things like informal communications between Brazilian and foreign government officials.

In order to clarify this issue, Lula’s defense team requested that the Brazilian Federal Government’s Department of International Legal Cooperation (DRCI) pass over all information on the existence of written cooperation agreements with the US DOJ related to the Lava Jato case against Lula. According to Brazilian law, any partnership between Brazilian government officials and the officials of a foreign government has to be authorized by this Department. The defense team suspects that the Lava Jato task force may have illegally received advice from the US DOJ on establishing sentencing against Lula during the 2018 election year. After President Jair Bolsonaro’s Justice Minister refused to turn over the information, Lula’s defense team filed a motion with the Superior Justice Court.

This Wednesday, March 9, Superior Justice Court Sergio Kukina ordered the Ministry of Justice to turn over the requested information to Lula’s defense team. According to the Brazilian legal blog Conjur, this represents another victory for the defense, but it’s a narrow one. The Court order stipulates that the Justice Ministry is only required to share information on the existence of and subjects of any and all cooperation agreements struck between the US government and the Brazilian Ministry of Justice related to the Lava Jato investigation against Lula.

As Public Prosecutor Marcos Antonio da Silva Costa told Conjur, however, “the simple knowledge of a cooperation agreement can reveal an investigation strategy.”