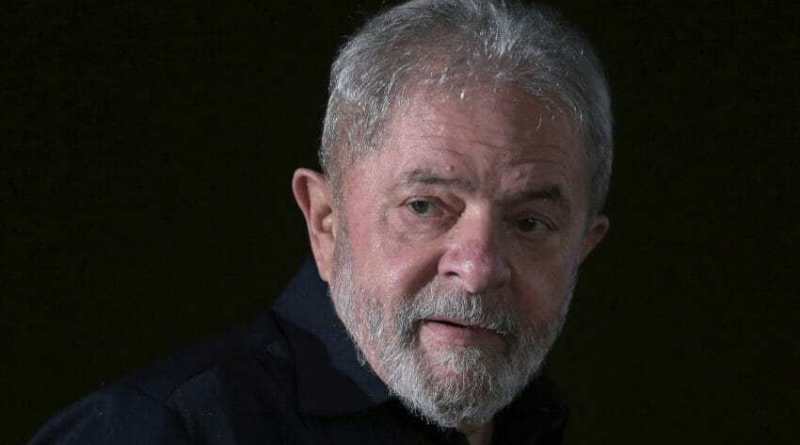 Lula: The US is Behind “Operation Car Wash”

For former President Luiz Inácio Lula da Silva, events in Brazil since the 2016 coup that deposed President Dilma Rousseff were orchestrated by the US government. “Everything that is happening has the hand of the United States on it…. The US created the Lava Jato investigation to take our oil,” he said, speaking for the first time after Supreme Court (STF) prevented his transfer to a São Paulo prison. Lula’s interview, with veteran journalist Bob Fernandes, aired on TVE, a public television station from Bahia, on Friday, August 16th.

It was the former President’s first interview for a public television station since his arrest on April 7, 2018. In the interview, the former president said he does not know how the information revealed by the Intercept website in recent weeks arrives to the Supreme Court, but that, after hearing the messages between former judge Sergio Moro and prosecutor Deltan Dallagnol, it should make corrections to his conviction.

When asked about Lava Jato task force leader, Federal Prosecutor Deltan Dallagnol, Lula said that, “since the day he gave a press conference saying he had no evidence against me and was only acting on his convictions, the National Prosecutors Council should have removed him.”

Regarding economic policy, Lula stated that Minister Paulo Guedes is trying to “destroy the Brazilian economy”, and asked “where are the nationalist military officers?”.

Regarding the reliance on coerced plea bargain testimonies in the Lava Jato operation, he said that “what happened is that was witnesses were awarded [with sentence reduction and illicit asset retention] without having to prove anything they said.”

On the recent Intercept revelations that former judge Sérgio Moro allegedly ordered the Lava Jato prosecutors not to seize impeachment architect and Congressional Leader Eduardo Cunha’s cellphones, he asked, “do you think it is normal for the Federal Police tot go to my house and seize everything, but then not have the courage to confiscate Eduardo Cunha’s phone?”

On the issue of TV Globo and journalistic bias, Lula said, “ “Bolsonaro was the monster that emerged, but it was not what Rede Globo had planned for. They didn’t have the courage to launch [TV variety show producer] Luciano Huck as their candidate. And so far, as of today [August 14th] astonishingly Globo hasn’t published any of the messages revealed by Intercept.”

The full two hour interview with the Lula can now be seen below: