Leaders and members of Macedonia Baptist Church, and their supporters in the community, converged on Montgomery County Executive Ike Leggett’s office in Rockville yesterday morning for their first “Justice Tuesday” protest. The action is in response to the Planning Department cover-up of the “lost” cemetery with ties to the black community that existed on River Road in Bethesda for about 100 years after Maryland Emancipation.

Desecrated during construction of Westwood Tower in the late 1960s, the cemetery is now threatened by a plan by developer Regency Centers and Montgomery County to build a parking garage atop the graves. 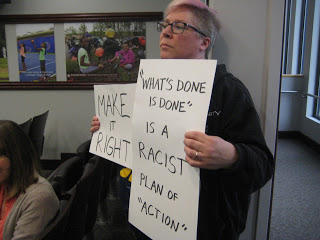 Tensions during the months-long dispute have been raised by disrespectful and misleading treatment of church representatives by the Planning Department and Planning Board. The latter called in 7 squad cars to planning headquarters, when protesters showed up quietly there. Yesterday, they received a similar response, being asked to leave under threat of physical force.MBC’s social justice director, Marsha Coleman-Adebayo, told a Leggett representative that church officials felt the executive had “treated us like dogs” in a recent meeting. That meeting resulted in a letter from Leggett to the Planning Board, which – it was later discovered – was written with the knowledge that Planning Director Gwen Wright had secretly given Regency the go-ahead to conduct their own, unsupervised cemetery investigation. In essence, the letter’s proposal of a mediator to reach agreement on monitoring the investigation was an empty promise – the investigation was already underway.“Gwen Wright must go!” protesters chanted. Leggett’s office then summoned at least 5 Sheriff’s deputies to inform protesters they could either move into a hidden conference room, thereby sparing Leggett further public embarrassment, or get out. 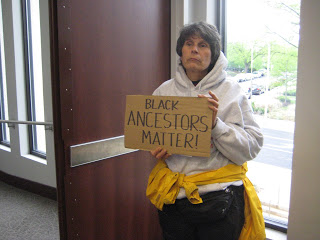 Eventually, the body-armor-clad deputies encircled the group of protesters, as MBC’s pastor, the Rev. Segun Adebayo, attempted to deliver a prepared statement. “This is what you offer us,” a protester said, gesturing to the armed deputies, “a show of force.” Leggett’s representative again exacerbated the situation by reverting to the County’s talking point that the cemetery’s existence is in question. “We don’t know what is there,” she told protesters. That is false, as land records prove the cemetery existed, and there is no document so far to indicate any legal relocation of remains from the graveyard. 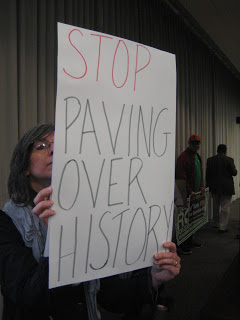 “You’re throwing us out?” asked Rev. Adebayo. “I am the pastor of a church.” Turning to Leggett’s representative, he noted that Leggett has been to Macedonia Baptist Church in the past to seek votes from the congregation. “He cannot hide behind his office,” Adebayo said. “He has to stand up.”

The group then filed out of the office toward the elevators, singing the civil rights standard, “We Shall Not Be Moved.” Adebayo reiterated that the group will continue the Justice Tuesdays initiative next week. Protesters then walked over to the County Council Building, where the Council was in session to discuss the Bethesda Downtown Plan. That meant Wright and Planning Board Chair Casey Anderson – who infamously surrounded himself with armed police officers when Coleman-Adebayo attempted to hand him a petition at a Board meeting – were on hand, as protesters silently made their presence known. 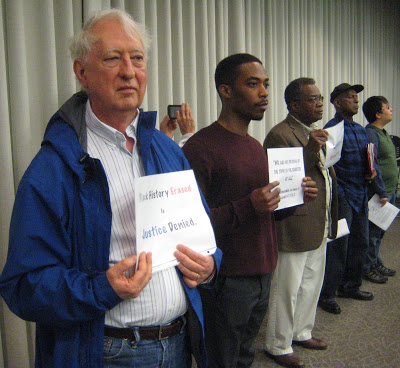 The cemetery case has not only exposed the institutional racism of Montgomery County Government, but also that there is something going on behind the scenes with Westbard for the County Council and Planning Department. Normally hyper-politically-correct, the County Council and planning commissioners have had no qualms about appearing racist in the Westbard case. Already, emails obtained by public information requests have shown that planning officials conspired to cover-up the cemetery during the Westbard sector plan process. Where there’s smoke, there’s usually fire. 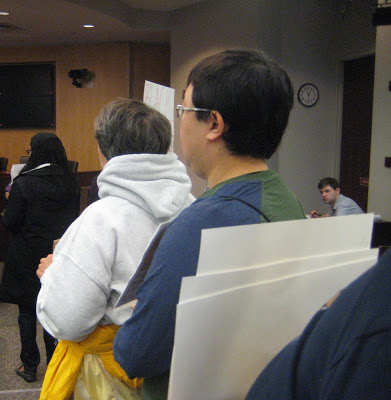 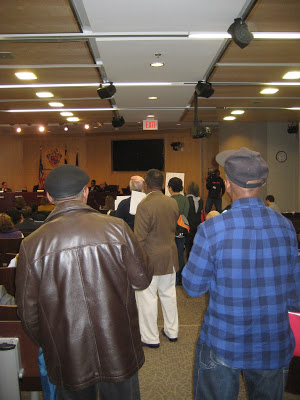 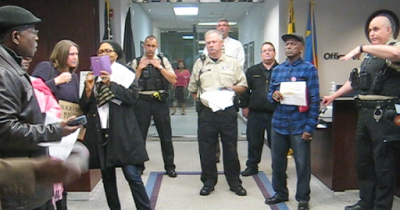 Harvey Matthews (plaid shirt at right),
one of the surviving members of the
River Road black community 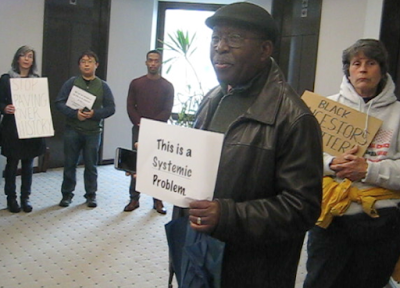