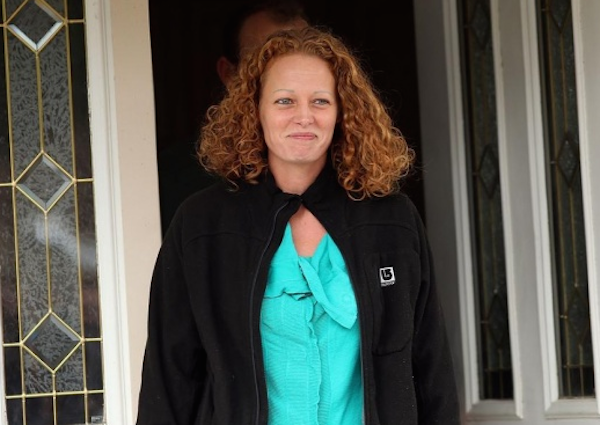 Maine suffered defeat in its attempts to restrict the movements of a nurse who returned to the state after working with Ebola patients in west Africa, when a judge reversed an earlier ruling.

A Maine judge on Friday ruled that Kaci Hickox must comply with monitoring forEbola symptoms, but lifted an order that she stay away from public gatherings and maintain a 3ft distance from others, though those requirements had complied with current Centers for Disease Control and Prevention (CDC) guidelines for people in a situation like hers.

“[Maine] has not met its burden at this time to prove by clear and convincing evidence that limiting [Hickox’s] movements to the degree requested is ‘necessary to protect other individuals from the dangers of infection’,” chief district court judge Charles C LaVerdiere wrote in an order posted on Friday afternoon. “[Hickox] currently does not show any symptoms of Ebola and is therefore not infectious.”

LaVerdiere had previously issued a temporary order restricting Hickox’s movements. Maine officials initially attempted to quarantine Hickox in her home until 10 November, despite the fact that she has shown no symptoms of Ebola and has twice tested negative for the disease, but they backed down after Hickox threatened legal action and hired two civil rights attorneys.

“I am very satisfied with the decision,” Hickox said at a press conference after LaVerdiere’s ruling. “The three points he is recommending I abide by are three points I still believe are part of this good compromise I believe we can make.”

A full hearing of Hickox’s case is scheduled for 4 and 5 November.

Hickox was stopped at Newark Liberty airport a week ago after she arrived from Sierra Leone, where she had been working for Doctors Without Borders caring for Ebola patients. Sierra Leone is one of the three west African countries hit hardest by the disease.

The temporary order had required Hickox to abide by guidelines laid down by the Centers for Disease Control and Prevention (CDC). But the judge’s Friday ruling rolled back several of those requirements.

Though Hickox still must comply with health department monitoring, taking her temperature twice a day and reporting any symptoms, but she doesn’t have to avoid public places. She still must coordinate travel with health officials so her monitoring isn’t interrupted.

“The court is fully aware of the misconceptions, misinformation, bad science and bad information being spread from shore to shore in our country with respect to Ebola,” LaVerdiere wrote. “However, whether that fear is rational or not, it is present and it is real. [Hickox’s] actions at this point, as a healthcare professional, need to demonstrate her full understanding of human nature and the real fear that exists.”

Maine officials wanted to restrict Hickox’s movements to the town of Fort Kent where she lives, bar her from public gatherings and force her to stay 3ft away from others. Governor Paul LePage, who is currently in a tight election race for his job, had also called Thursday for her to be subject to another blood test. Hickox didn’t say whether she would go into town, but said she is “taking things minute by minute,” and that she didn’t “want to make anyone uncomfortable.”

Hickox became the center of a debate on how to treat healthcare workers returning from Ebola-ravaged west African countries after she was detained in Newark, New Jersey. There, she was questioned for hours, and eventually quarantined in a tent outside a hospital with a portable toilet and no shower.

New Jersey governor Chris Christie backed down on his pledge to keep healthcare workers, and Hickox in particular, in a 21-day quarantine, after she threatened legal action. New Jersey released Hickox on Monday and she was transported via private car more than 600 miles to Maine.

Once Hickox was in Fort Kent, a town of about 4,100 people near the Canadian border, Maine officials attempted to place her under similar 21-day quarantine measures. The nurse publicly criticized authorities’ efforts, arguing the measures infringed on her civil liberties and that such measures weren’t grounded in good science. People infected with the Ebola virus are only contagious when they are symptomatic.

“We have been in negotiations all day with the state of Maine, and [have] tried to resolve this amicably, but they will not allow me to leave my house and have any interaction with the public, even though I am completely healthy and symptom-free,” said Hickox from her front porch in Fort Kent, at a press conference on Wednesday evening.

Through the week, Hickox told authorities she would leave her home if she couldn’t reach an agreement with the state, and on Thursday she went for a one-mile bike ride with her boyfriend.

Hickox was the first healthcare worker who states attempted to subject to movement restrictions. The measures have been criticized by medical professionals and aid organizations.

States announced heightened restrictions after a New York City doctor was diagnosed with Ebola following his work with patients in west Africa, where the disease has killed nearly 5,000 people. Health officials disclosed after New York City doctor Craig Spencer’s diagnosis that he’d traveled around the city of 8.4 million people, going on a three-mile jog, bowling, and taking the subway. Spencer is being treated at Bellevue hospital in New York.

For now, Hickox will remain in Fort Kent, where local residents and officials have had mixed reactions. The police department has fielded almost 40 calls per day about her, about half of which are from concerned citizens, some from out of state. Other locals have supported Hickox, even delivering her a pizza.

For now, Hickox says she just wants to relax with her boyfriend. “Tonight, I am going to try to convince Ted to make my favorite Japanese meal, and I think we’re going to watch a scary movie.”