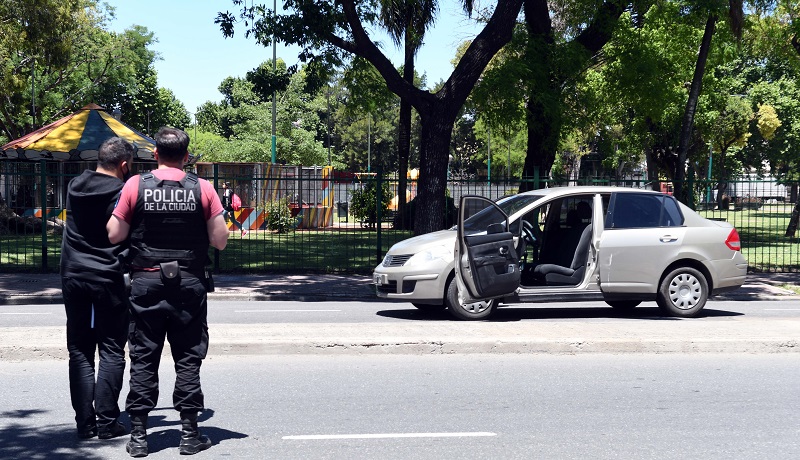 Mapping The Police: Citizen Control Of The Security Forces In Buenos Aires

A new interactive platform allows residents of the city of Buenos Aires, Argentina, to track the record of police constabularies and officers.

If they are implicated in a case of police violence or a shooting, that information is easily accessible.

Last week, Ofelia Fernández, a member of the Buenos Aires legislature, announced on her social media the launch of a Map of the City’s Police, a collaborative webpage whose objective is to highlight, identify, and denounce situations of police violence within the territory of Buenos Aires; consequently allowing citizens to hold local security forces to account.

This tool of citizen participation was designed in conjunction with a network of individuals and organizations. Those behind the initiative include Fernández, the representative from Frente Patria Grande alliance of the ruling Frente de Todos coalition, the Center for Legal and Social Studies, the Association Against Institutional Violence, The Shout from the South, and the magazine Crisis, who are all looking to construct novel strategies in the fight for human rights.

The map was created as an instrument for citizens to counteract police abuse and institutional violence. According to the groups involved, it arose out of the vacuum in the capital city of any “supervision” of the security forces by their apparent control bodies.

“Democratizing information is today, a fundamental weapon in confronting the cruelty of the authorities,” expressed Fernandez’s team. Even though currently the website only functions in the city of Buenos Aires, the idea is that the model can be replicated in other areas of the country, since institutional violence is a problem that affects all territories of Argentina.

Recent cases, like that of Lucas Rodriquez, an 18-year-old murdered by the police in Buenos Aires while he was returning home from football training with a local club, drove the initiative forward. In the province of Buenos Aires, the cases of police shootings are a problem that have not been addressed since the return of democracy in 1983.

How Does The Map Of The Police Work?

Once you enter the webpage (www.mapadelapolicia.com/), you can access a map of the city of Buenos Aires with all its neighborhoods and their corresponding constabularies. One of the ways of using the map is clicking on one of the neighborhoods and seeing if there were incidents of police shootings there. In the case of the affirmative, you can check the available official information: who was the victim (if it is known), which officers were involved, and how it happened. You can also see the names of the police officials in each constabulary.

Additionally, the site gives the option to raise a case of police abuse, which are clarified as having no institutional backing. Once the report is published, the site offers contacts and professional support to proceed with a legal complaint, but only if the complainant wishes.

The webpage also provides resources and legal tools to judicially defend oneself from police abuse in its various guises, such as detention, repression, gender violence, violence against migrants or street sellers. Furthermore, it gives access to contacts within institutions that are best placed to assist, such as the Coordination Against Police & Institutional Violence.

Finally, there is a section about ongoing investigations into the city’s police for those that might find access to that information useful.