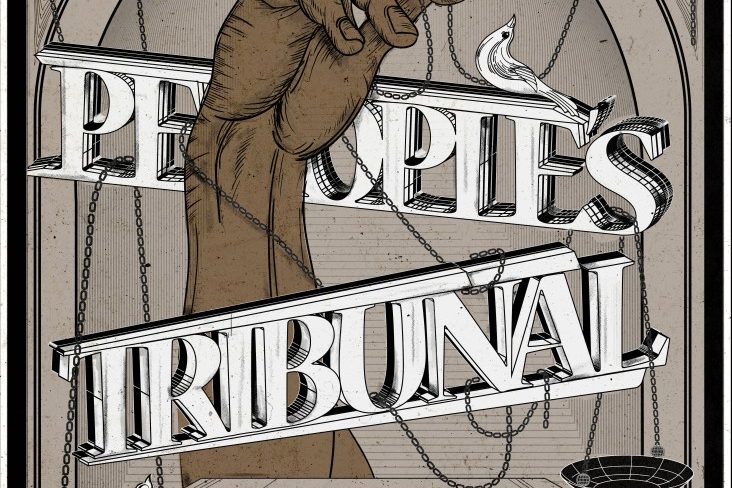 March 1, 2022 – Presently, the United States, with the support of the United Nations and European Union, has imposed sanctions and other economic coercive measures on over 30 percent of the global population, mostly located in Asia, Africa, and Latin America. Sanctions are one of the key tools of U.S. imperialism, leading to mass starvation and suffering of peoples in the Global South, while opening up markets to U.S. and European corporations.

The International People’s Tribunal on U.S. Imperialism: Sanctions, Blockades & Economic Coercive Measures will challenge the economic atrocities committed by the United States through the use of the law, highlighting the unlawful, unjust, and colonial nature of economic coercive measures.

In collaboration with international scholar activists and legal experts, the People’s Tribunal will host an introductory webinar to discuss the urgent need to take legal action against U.S. sanctions and economic coercive measures session on March 18 at 9:30am PST. To register for the event, please visit https://bit.ly/launchtribunal.

The webinar will feature:

“The organizers of the Tribunal include lawyers, activists, and scholars who know that the law is inherently limited in its capacity to challenge all forms of violence and harm committed by the U.S. sanctions regime.  In fact, the U.S. actively uses the law to perpetrate imperialism through multilateral and unilateral coercive measures.  It is precisely for these reasons that the Tribunal is not only a legal tactic but also an organizing tool,” says Helyeh Doutaghi, chair of the Tribunal’s organizing committee.

According to Mohammed Khatib, Europe Coordinator of Samidoun, “Palestinians are facing a comprehensive siege, not only in Gaza, but throughout occupied Palestine and in exile and diaspora.  This siege is perpetrated by the Israeli regime and the imperialist powers that support it.  Legal and political action to hold the perpetrators of these crimes accountable is important to support the Palestinian people and our struggle for freedom, liberation, and return.”

The People’s Tribunal will last for six months, from January to June 2023, and will host expert witnesses, international legal jurists, and rapporteurs from thirteen countries currently targeted by US sanctions. Witnesses will cover fifteen themes, including Public Health (particularly in the context of COVID-19), Development and Women. 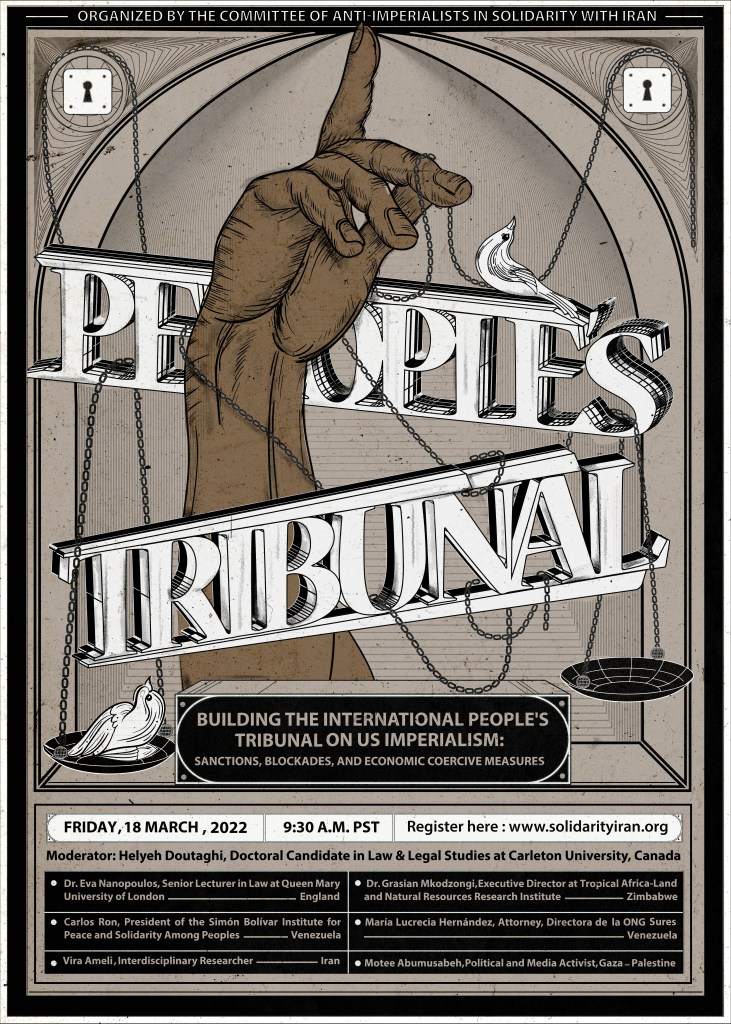