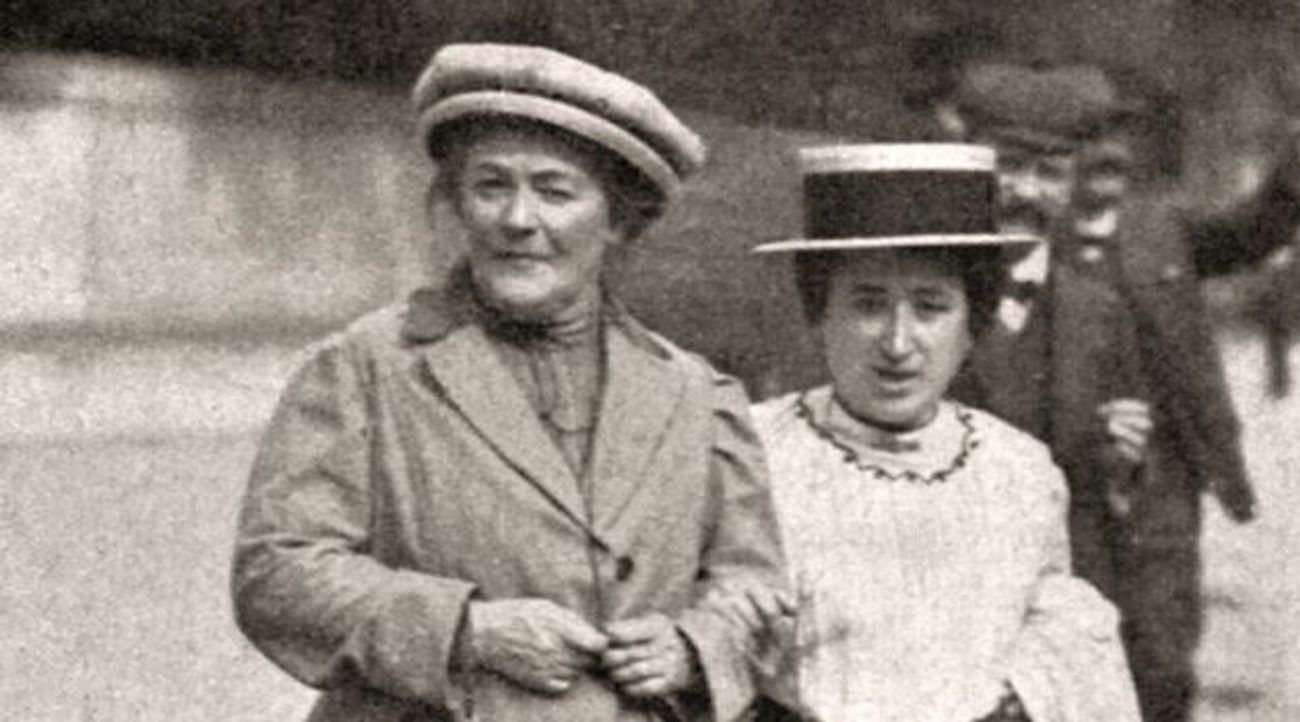 March 8: Day Of Revolutionary And Working Women, Not Queens And Exploiters

On the 8th of March, we commemorate working women, revolutionary women. Clara Zetkin, later a founder of the German Communist Party, proposed the commemoration in a conference of socialist women in 1920, to pay homage to the struggle of women against capitalist exploitation.  We remember the Triangle Shirtwaist Factory Fire of March 26, 1911, in the US where 146 women textile workers were burned alive in a factory with the exits chained shut, assassinated by Big Capital. We commemorate the fight for social justice, for the rights of the working class, and the struggle against patriarchy and capitalism, which are inextricably linked.

March 8 also stands out as a highly revolutionary date because of the events of 1917 in Czarist Russia when thousands of women came out into the streets demanding their rights, protesting exploitation and the wars imposed on the people by the ruling class – it was these women who sparked the October Revolution, from that women won many economic, social, sexual, and reproductive rights, including the right to vote for all women (not only those with property, as in Great Britain), the right to divorce, abortion rights, full rights to study and work, with housing, healthcare, and education guaranteed.  All these rights are still being fought for in the immense majority of capitalist countries.

Women are the most battered part of the exploited class.  We are victims of imperialist wars, of capitalist looting that impoverishes whole regions and countries, of privatizations and marginality, and in addition, we are victims of constant sexism promoted by the media and the whole cultural industry of capitalism.  Because capitalism maintains itself by fragmenting and dividing the exploited class, the cultural industry of capitalism constantly sends out patterns and models of discrimination that are inherently sexist and racist.

We are the exploited women workers, students, artists, unemployed and retired women who have been deprived of a decent life, in many areas lacking even food, shelter, access to healthcare, access to education, and so on.  We have been denied decent working conditions and adequate and equal pay by the capitalists who extract the surplus value from our work.  We are the mothers whose work at home is not recognized, and who remain in a precarious situation without any pension plan.  We are the migrant women pushed into suffering the worst exploitation – working on dangerous machinery, sprayed with poisons in the agribusiness fields, forced into the exploitation of prostitution, or objectified and looted as “wombs for rent.”  We are the young girls raped and forced to give birth. This system designates us as the targets of all the strange frustrations that it causes and of the misogyny that it encourages.  This is why feminicide is rampant – because the media normalizes torture and all the alienating discrimination that benefits capitalism, because violence carried out in a structural way directs hatred toward us as women.  We are victims of capitalism and its savagery, of sexism promoted by capitalism itself, but we are also valiant women in struggle, and revolutionaries.

The 8th of March is not the day of princesses, nor of exploitative businesswomen.  The women amongst the oppressors like the Christine Lagardes, the Thatchers, the Hillary Clintons, and their kind – those who enrich themselves destroying forests, oppressing peoples, enslaving thousands of women workers in horrifying factories, who are also those who get rich encouraging sexism through media of mass alienation; these are women of the exploiter class, just as bad as the men of the exploiter class.

The promoters of capitalism want to keep us tied to a gender-based division of labor, to unpaid work of caring for home and family, to the wage differential between women and men.  Capitalism wants a crushed and beaten exploited class, with unity blocked by sexism, racism, xenophobia, individualism, and other forms of alienation that the exploiters are careful to cultivate.  Faced with this brutal reality, those with reformist tendencies, always serving to block profound questioning, try to encapsulate our struggle and trivialize it, hiding the class nature of the class struggle and eliminating mention of the functions that sexism fundamentally has in capitalism.  The reformers, who try to continue to deceive us with the cynical myth of an alleged and impossible “capitalism with a human face,” try to hide the fact that we will not be able to change a profoundly male chauvinist culture that prevails throughout the world, unless we acquire the means of production, and thus the means of education and information dissemination.  In this system, a whole barrage of ideological subjugation is put in place by the bourgeoisie, with the patterns of oppression actively battering us on all sides, from religious institutions that historically have served to maintain the dominant classes, all the way to the huge audiovisual industry, producing video games that are far from harmless.  To counteract this massive scale of alienation that causes so much suffering, obviously, we need to take measures that subvert the current social order.  To abolish patriarchy will be impossible without abolishing capitalism.

The bourgeoise Trojan Horses try to make us believe that exploiter women are our sisters, when they also participate in the perpetuating this system that destroys nature, exploits human beings of the working class while perpetuating sexism, racism, individualism – all behaviors and discriminations that are fundamental for the maintenance of this rotten system.

Revolutionary women know that class society is maintained by violence, and that this violence is employed against the exploited and marginalized majority by the exploiter class, who own the means of production.  We also know the impediment that sexism represents for the unity of the exploited.  We will also fight for a revolutionary feminism, in order to oppose this to the disgusting recapture of the feminist struggle that the system is attempting, with their strange narrative of inter-class sisterhood, as if we would want to claim sisterhood with a capitalist exploiter or a token or pimp for the military-industrial complex just because they happen to be women!

Rampant feminicide is part of the savagery of an economic, political, social, and cultural system, capitalism that is essentially violent and logically perverse.  A system based on the exploitation of workers, both women and men, and on the destruction of the environment, is a system that must make exploitation, social injustice, and torture everyday and ordinary.

The struggle for the emancipation of women and the struggle against capitalism are inseparable.  For a revolutionary feminism, which is not a photo op but a daily struggle that fights against all exploitation.