Several hundred people have shown up for the ‘march of the mutilated’ in Paris, protesting police brutality and demanding a ban on the weaponry law enforcement uses to control demonstrators.

People gathered in central Paris on Sunday, the day after ‘Act 29’ of the Yellow Vest protests. The demonstrators carried banners, showing injuries – such as lost eyes and limbs – various protesters have received over the past few months and demanding a ban of the ‘less-lethal’ weapons used by police.

All in all, the event was attended by some 300-400 protesters. A group of maimed Yellow Vests were also in attendance, with each one carrying a small placard highlighting the injury they received. “I’ve lost my sense of smell,” “I’ve lost my eye at the age of 21,” “I was shot by a LBD in my carotid artery,” read some of the placards. 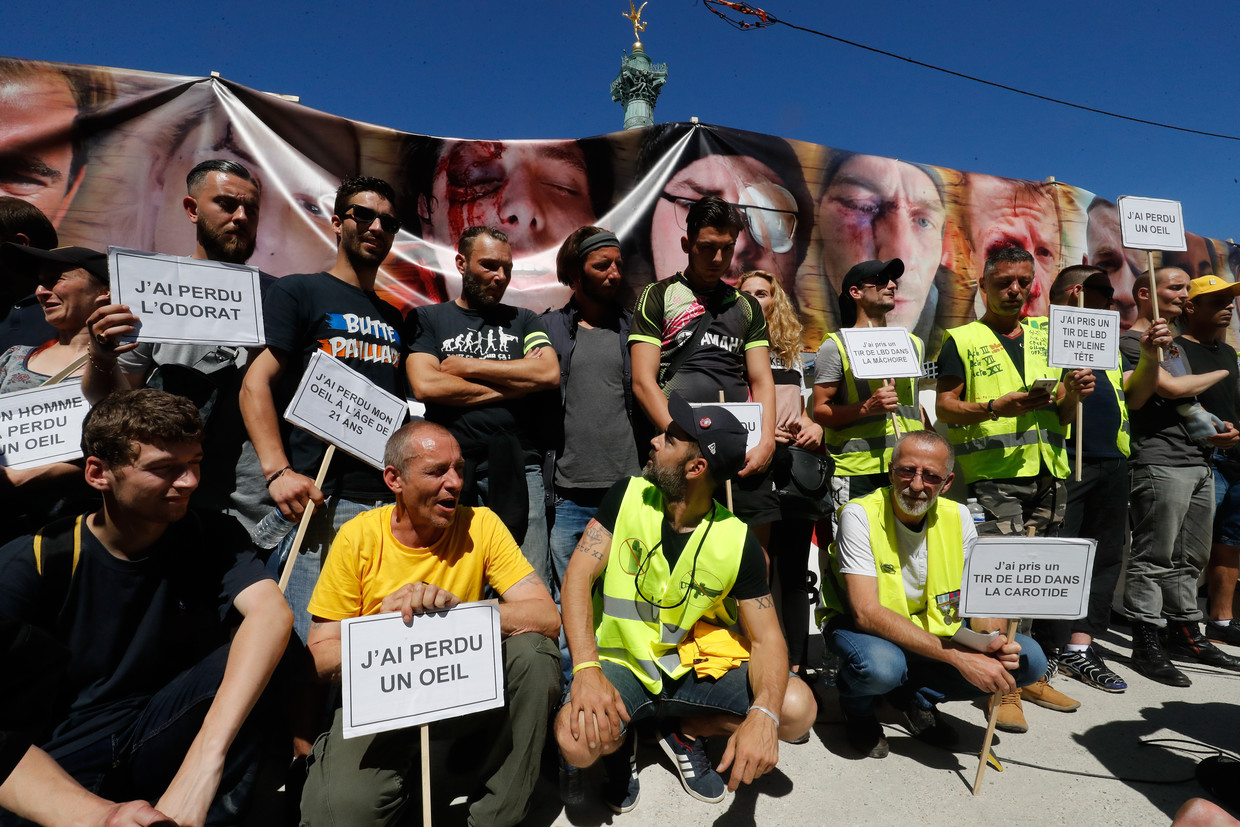 LBD – launcher of defensive balls – is a weapon, commonly known as a ‘flash-ball’, which is used by French law enforcement during riot control operations. While it’s advertised as a ‘less-lethal’ device, it shoots a 40-mm rubber ‘bullet’ – a large slug, capable of blowing eyes out, causing fractures and inflicting other serious injuries.

The protesters called to ban such launchers altogether, as well as another police implement – the GLI-F4 grenade – that has also caused many injuries among the Yellow Vests. The GLI-F4 is a so-called “instant tear gas grenade,” that is actually an explosive munition, packing 30 grams of TNT and capable of making a loud bang and releasing a small cloud of tear gas. 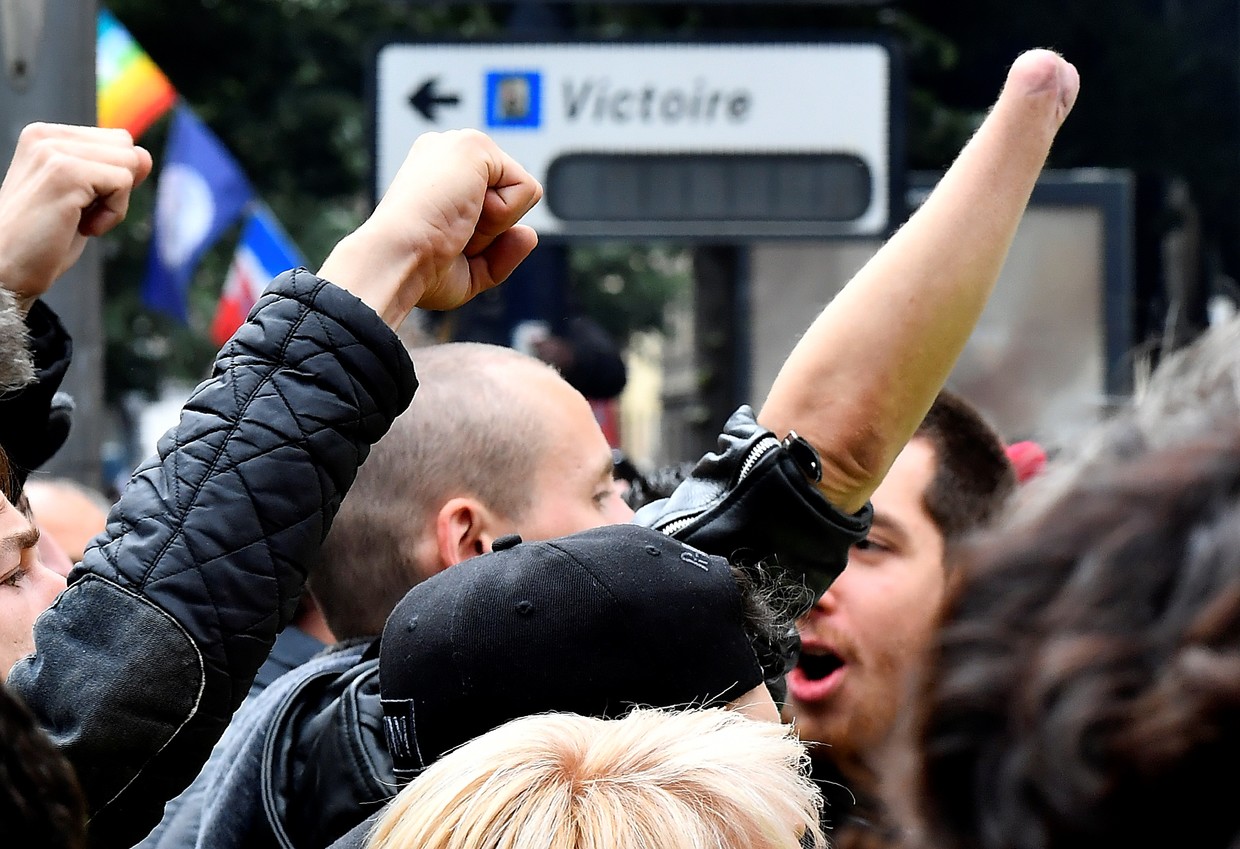 Antoine Boudinet takes part in a march against agrochemical giant Bayer-Monsanto in Bordeaux, on May 18, 2019. ©  Georges Gobet

Picking up such a grenade before detonation is a sure way to lose your hand. One of the protesters, who lost his right hand in a GLI-F4 explosion back in December, Antoine Boudinet, attended the march of maimed Yellow Vests.

“A total prohibition of all these [less-lethal weapons] is what we demand, as well as drastic changes in how the public order is being maintained in France,” Boudinet told RT France.

Some 157 protestors were seriously injured by the aforementioned weaponry, according to anti-police brutality group Desarmons-Les! Among those, 24 people lost an eye, and five others lost a hand. In the six months of protests at least 2,448 demonstrators were lightly or heavily injured, the Interior Ministry said on May 13. However, it was not only Yellow Vests who were hurt, some 1,797 police officers were also injured, according to official data.