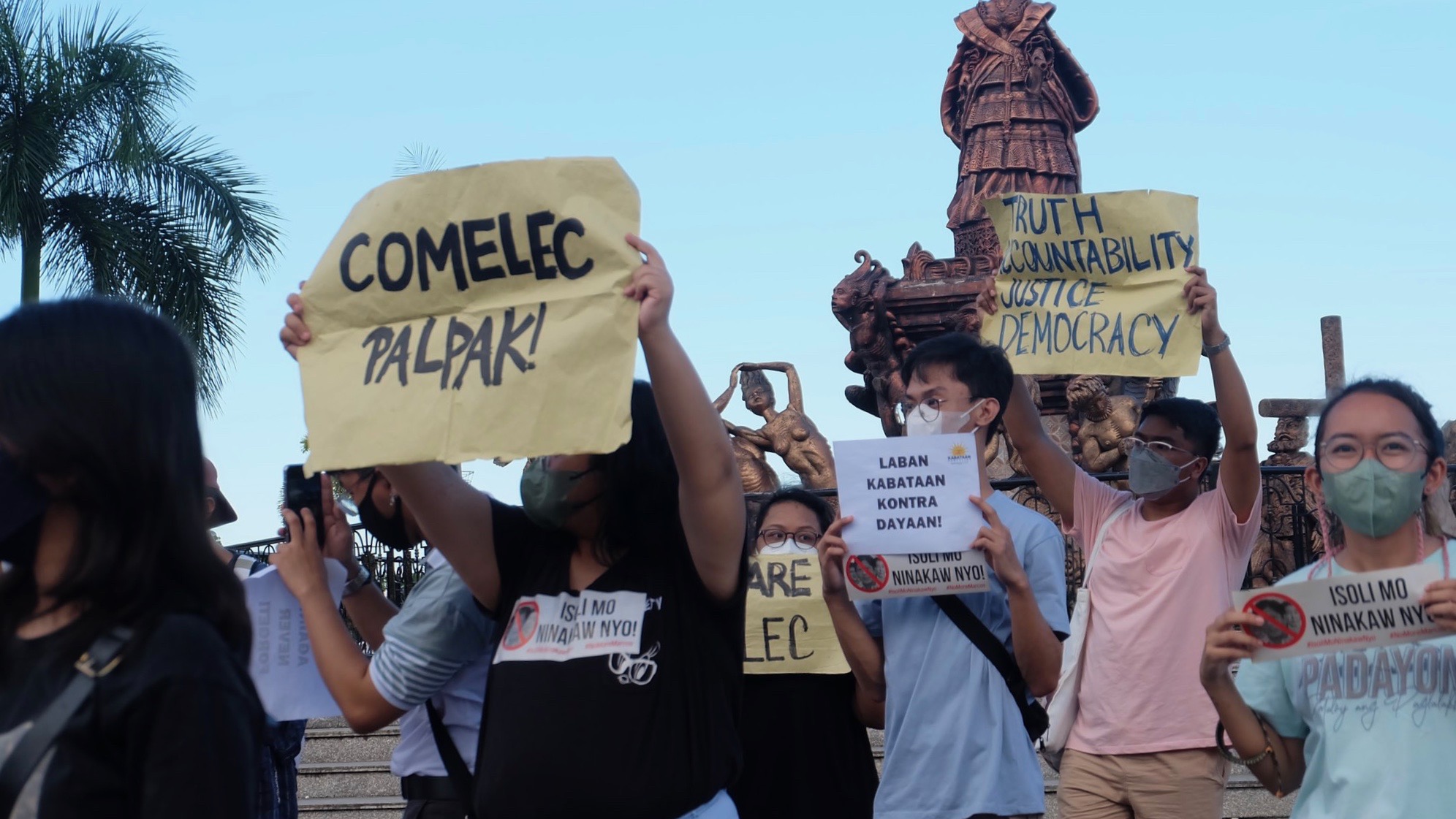 Marcos Family Returns To Power In The Philippines

36 years after a popular revolution overthrew the regime of Ferdinand Marcos, the Philippines on May 9 elected the former dictator’s son to the presidency. According to the partial vote count released by the Commission on Elections (COMELEC) at 98% reporting, Ferdinand Marcos Jr, also known as Bongbong Marcos, is set to win the presidency by securing around 60% of the popular votes counted so far.

Bongbong’s running mate Sara Duterte, daughter of outgoing president Rodrigo Duterte, also won the vice-president’s post with over 61% of the popular votes in total. The marathon round of elections had a turnout of over 80% from among the 67 million eligible voters, electing thousands of officials and legislatures at the national, state and local levels.

Leni Robredo, the outgoing vice-president who had won the post in 2016 by defeating Marcos Jr, came a distant second with around 28% votes, with no other candidate managing to gain more than 10% votes. Robredo’s running mate Kiko Pangilinan was even further behind Sara Duterte with around 18% of the popular vote.

The effects are also being witnessed in the congressional elections. Among the contenders for the 12 senatorial seats elected by popular national votes, six candidates supported by the Marcos Jr-Duterte campaign have received enough popular votes to enter the senate.

On the other hand, among the candidates supported by the Robredo campaign, only three are likely to enter the senate. Among the prominent names in the Robredo senatorial slate expected to lose is jailed opposition senator and rights advocate Leila De Lima.

While the count of the 243 single-seat congressional districts of the House of Representatives is yet to be announced, the COMELEC has reported over 98% of the votes for the “party-list” bloc of the lower house. The party-list bloc that contributes to 20% of the 304-member House, is a proportionally elected group of legislators from various interest groups.

Anti-Crime and Terrorism Community Involvement and Support (ACT-CIS) partylist group has emerged as the largest in terms of vote share for the second time in a row, even though it went down from 9.5% in 2019 to 5.8% now.

The ACT-CIS has been among the most vocal supporters of several of president Duterte’s policies, including the controversial “war on drugs”, and had extensive connections in the outgoing administration. Similarly, several other top votes-gaining groups in the partylist slate include pro-Duterte and pro-Marcos groups.

The massive mandate in favor of Marcos Jr and Sara Duterte and the conduct of the COMELEC during the campaigns and on voting day has attracted strong responses from across the country. Civil society groups have spoken about targeting of opposition candidates and parties over the course of the election.

According to Kontra Daya, a group monitoring election anomalies and possible fraud, the election was marked with disinformation, red-tagging and heightened militarization in several regions.

The claim was based on several posters and orchestrated disinformation campaigns, including anonymous text message blasts, that emerged against progressive groups like Makabayan, alleging them to be associated with the insurgent Communist Party of the Philippines.

“It (red-tagging) was massive during the campaign period and worsened as the election day approached. Trolls in uniform and those who sabotaged democracy have no place on Facebook, Twitter, and other social networking sites,” Castro added.

On Tuesday, May 10, survivors and families of the victims of Marcos-era political repression took out a march outside the COMELEC office in Manila, along with hundreds of others organized by the likes of Kabataan, Karapatan, Bayan and Kilusang Mayo Uno, criticizing the anomalies and fear of disenfranchisement of several voters on election day.

Protests also took place internationally. In Los Angeles on Monday May 9, election day, members of the Filipino community held a “vigil for democracy” in front of the Consulate of the Philippines in the city to denounce the increase in violence in the country as well as voter disenfranchisement and electoral irregularities. One of the organizers of the vigil, Audine Tayag, questioned the possibility of fair elections in the country: “With a multi-million dollar disinformation campaign by the Marcos-Duterte camp, in a country with institutions too weak to keep disinformation in check, we have been saying for months that fraud began way before Election Day.

Calls To Resist The Marcos-Duterte Tandem

In the meanwhile, there are calls for people to reject the legacies left behind by both Ferdinand Marcos and Rodrigo Duterte, as their children are set to lead the executive soon.

Karapatan argued in a statement that Marcos Jr and president Duterte have advocated “authoritarianism as a response to legitimate exercise of political dissent, upholds mendicancy to foreign interests over national sovereignty, and uses an empty and fake rhetoric of unity to sugarcoat their incompetence to respond to social problems and their adherence to neoliberal policies that will further demean human dignity.”

At the same time, academic walkouts have been planned under the slogan “No classes under a Marcos presidency.” The first call was made by the University of the Philippines Office of the Student Regent, student representative in the university’s governing Board of Regents. The call for an academic walkout was seconded by the student governing body of Ateneo De Manila University along with student councils of several of its constituent faculties. More such academic protests are expected before Marcos Jr ascends to the presidency.