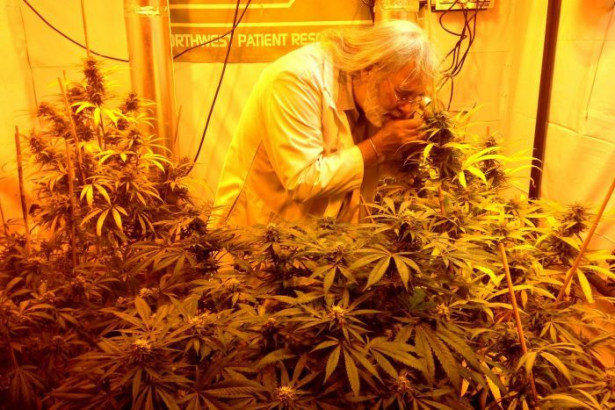 Marijuana Sales In US ‘Bigger Than Dot-Com Boom’

Above Photo: Nine states voted on the legalisation of marijuana at the presidential election. (ABC News: Louie Eroglu)

New figures put North America’s legal marijuana “green rush” above the dot-com boom of the early 2000s in terms of industry growth, according to Forbes.

North America’s legal marijuana market posted $US9.3 billion ($12 billion) in revenue in 2016 — a 30 per cent increase on 2015 — according to a report by ArcView Market Research, a leading cannabis research publisher.

The report said the industry could post sales topping $US20.2 billion ($27.9 billion) by 2021, assuming a compound annual growth rate of 25 per cent.

“To put this in perspective, this industry growth is larger and faster than even the dot-com era,” Forbes said.

The magazine reported GDP grew at 22 per cent during the dot-com boom, which saw dial-up internet replaced by broadband.

He said sales in Colorado, Washington and Oregon jumped 62 per cent between the period of September 2015 and 2016.

At last year’s US presidential election, nine states voted on whether or not to legalise the use of private marijuana or approve its use for medical treatment.

California, Massachusetts, Nevada and Maine voted in favour of recreational marijuana use.

They joined other states that had already passed similar laws since 2012, including Washington, Colorado, Oregon and Alaska.

In Australia, the main debate about marijuana has been around its medical use — especially for people with a terminal illness.

Last year, the Federal Government passed laws permitting the drug to be grown for medicinal and related scientific purposes.