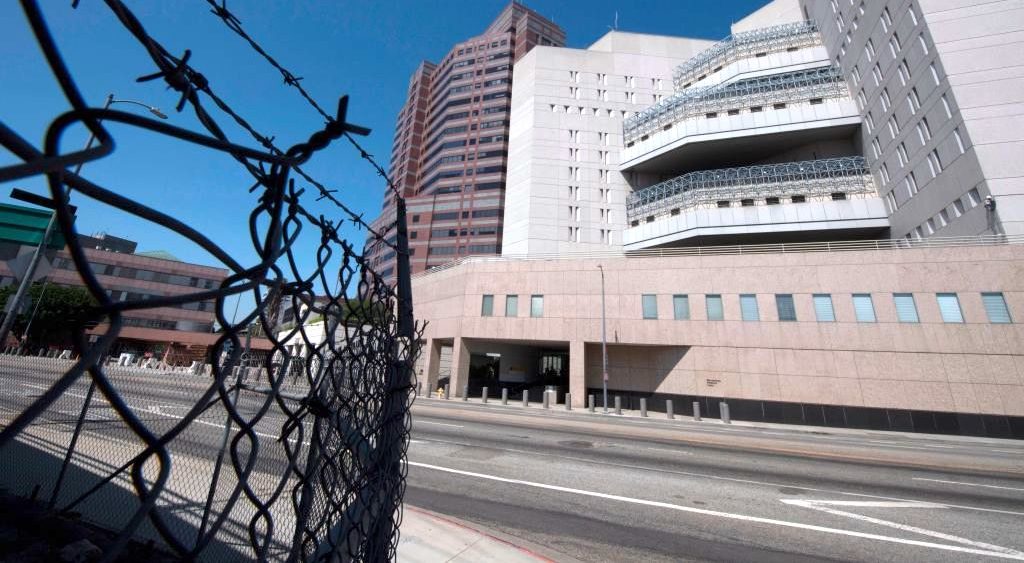 Ending mass incarceration is a dire public health concern for everyone.

A massive pandemic risk factor has been hiding in plain sight across the United States, growing exponentially in scale over the last four decades with the support of trillions of dollars spent by federal, state, and local governments. But, inexplicably, the current national policy conversation about rebuilding public health, pandemic preparedness, and biosecurity has entirely ignored it.

What is this epidemic engine that multiplies harm and then distributes it to every corner of the country? In a cruel irony, it is the very system that both Republicans and Democrats have built and defended for decades as the centerpiece of a misleading concept of “public safety“: mass incarceration.

Evidence has long shown that America’s unparalleled system of human caging does not effectively deter crime, and that US residents are no safer than peer nations, whose governments on average incarcerate at only 15 percent the US rate. Abundant data indicate that policing and incarceration are symptoms and reinforcers of our poor collective safety, not solutions for it. Now during a pandemic, the harm that this system — which houses nearly 25 percent of the world’s incarcerated people despite representing only 4 percent of the global population — inflicts on the US public at large has been illustrated with unprecedented clarity.

US jails, prisons, and ICE facilities have become the world’s most effective incubators of COVID-19. Nearly seven hundred thousand cases have been documented in US carceral facilities — a figure that is almost certainly a substantial undercount in a country that shamefully lacks a reliable system for collecting data, fails to ensure proper testing and treatment, and oversees facilities well-known for human rights abuses and perverse incentives.

Although no one knows how high the true number of COVID-19 cases and deaths in jails, prisons, and ICE facilities may be, Daniel Chen’s and my new study published this week in Proceedings of the National Academy of Sciences underlines the fact that however high numbers may be inside carceral facilities, the number of cases and deaths they have spawned on the outside is far greater.

To appreciate why, consider the scale of daily movement in and out of US carceral facilities, alongside the fact that these facilities feature among the highest viral transmission rates documented in any context in the world. Nearly eleven million people are arrested and cycled through local jails alone — not even accounting for prisons — each year. Roughly 55 percent of the jail population turns over each week, with the vast majority of detainees held for a matter of days on minor alleged offenses, often associated with poverty and homelessness, that pose no threat to the safety of others. Additionally, over 405,000 guards circulate on a daily basis between their workplaces and their home communities.

Carceral facilities are not sealed off from the outside world — they are highly porous and health conditions among incarcerated people are always in constant interrelation with community health. As a result, neglect of the welfare of incarcerated populations boomerangs back upon the rest of the United States, multiplying harm in many forms: [biological](https://www.prisonpolicy.org/blog/2017/06/26/life_expectancy/%23:~:text=Each%20year%20in%20prison%20takes,life%20expectancy%20by%205%20years.&text=individual’s%20life%20expectancy.-,With%20over%202.3%20million%20people%20locked%20up%2C%20mass%20incarceration%20has,life%20expectancy%20by%205%20years.), psychiatric, economic, and social. Even just short pre-trial detention in a jail followed by acquittal inflicts long-term disadvantages on individuals and their communities.

Consequences of this interrelation between carceral conditions and community wellbeing — what I call in my research the fact of “carceral-community epidemiology” — have been well-documented around the world in relation to infectious diseases like HIV, tuberculosis, viral hepatitis, influenza, and yet other infectious diseases, now including COVID-19.

In Paraguay, for example, a recent study showed that increasing incarceration rates in the country, which led to higher tuberculosis transmission in prisons and then later in communities, threatened to undermine the entire country’s program for tuberculosis control.

In the United States, with the largest carceral system in the world and notoriously poor health care, documenting similar dynamics has often been difficult due to lack of data availability. Now, despite still-inadequate public health data infrastructures, the pandemic has brought a flood of data that researchers will be sifting through for years to come.

This is the context for our new study using data from Chicago and Cook County Jail to investigate the relationship between infections in the jail and the spread of coronavirus to surrounding communities. (To Cook County Sheriff Tom Dart’s credit — despite his politicking denialism in relation to our research and his refusals to collaborate with the goal of persuading higher political authorities to support reforms that he, as an elected politician, has used to brand himself — his jail was one of the very few facilities around the country that was responsive to our data requests.)

Confirming and extending our preliminary research published last summer, we found that the cycling of arrested individuals through Cook County Jail in March 2020 accounted for 13 percent of all documented COVID-19 cases in Chicago by August 2020. But this jail-linked additional COVID burden is far from evenly distributed. While only 6 percent  of COVID cases in majority-white ZIP codes can be attributed to the jail, 17 percent of all jail-linked cases appeared in majority-black and/or majority-Hispanic. Cases connected with movement through the jail in this single early month of the pandemic accounted for fully 21 percent of COVID racial disparities in Chicago as of August 2020.

Although lack of data access limited our study to Chicago, given well-documented racial inequalities in policing and incarceration nationally, jail- and prison-linked spread of the coronavirus is certain to be a major contributor to COVID-19 racial disparities observed across the country.

Decarceration and Systems of Support

Clearly, the wide-ranging harms of policing and incarceration extend far beyond their most spectacularly violent forms like police killings. Over time, the harms that accumulate to criminalized people contributes to a chronic deprivation of life-enabling safety, especially in communities of color. And when a novel pathogen arrives and provokes a pandemic, the scene is set for an acute disaster of precisely the kind to which we have borne witness over in the last year.

We should hold our elected officials and law enforcement agencies responsible for the harm that the systems they oversee have caused, but we should not allow ourselves to be distracted by petty blame games or the public relations concerns of elected politicians like county sheriffs. The real problem is far greater than any single jail, sheriff, police department, or mayor. The spread of disease and death associated with Cook County Jail is but a downstream symptom of America’s broader policing and incarceration policies that have been constructed with bipartisan support over decades.

For real change, all the urgency of the pandemic must be carried into a sustained political movement for decarceration in which federal and local officials, policymakers, community activists, criminalized communities, and scholars work together to build new systems that deliver genuine safety and security for American residents. We cannot settle for projects of empathy or goodwill, which, if not backed with action and dollars, are worse than meaningless.

“Building back better” from the pandemic and the damage inflicted by mass incarceration requires an organized program of massive investment in public systems of support for criminalized communities and the formerly incarcerated: housing, health care, education, employment, and other social welfare policies, not policing and punishment.

The pandemic has made clear that a well-funded national program of decarceration is not just an urgent matter of ethics and justice. It is also essential for the public health and safety of everybody, regardless of race and class, in a world of increasingly fragile planetary health and growing pandemic risk. If we fail to implement real changes to US criminal punishment, we will be inviting a repeat of our current catastrophe.