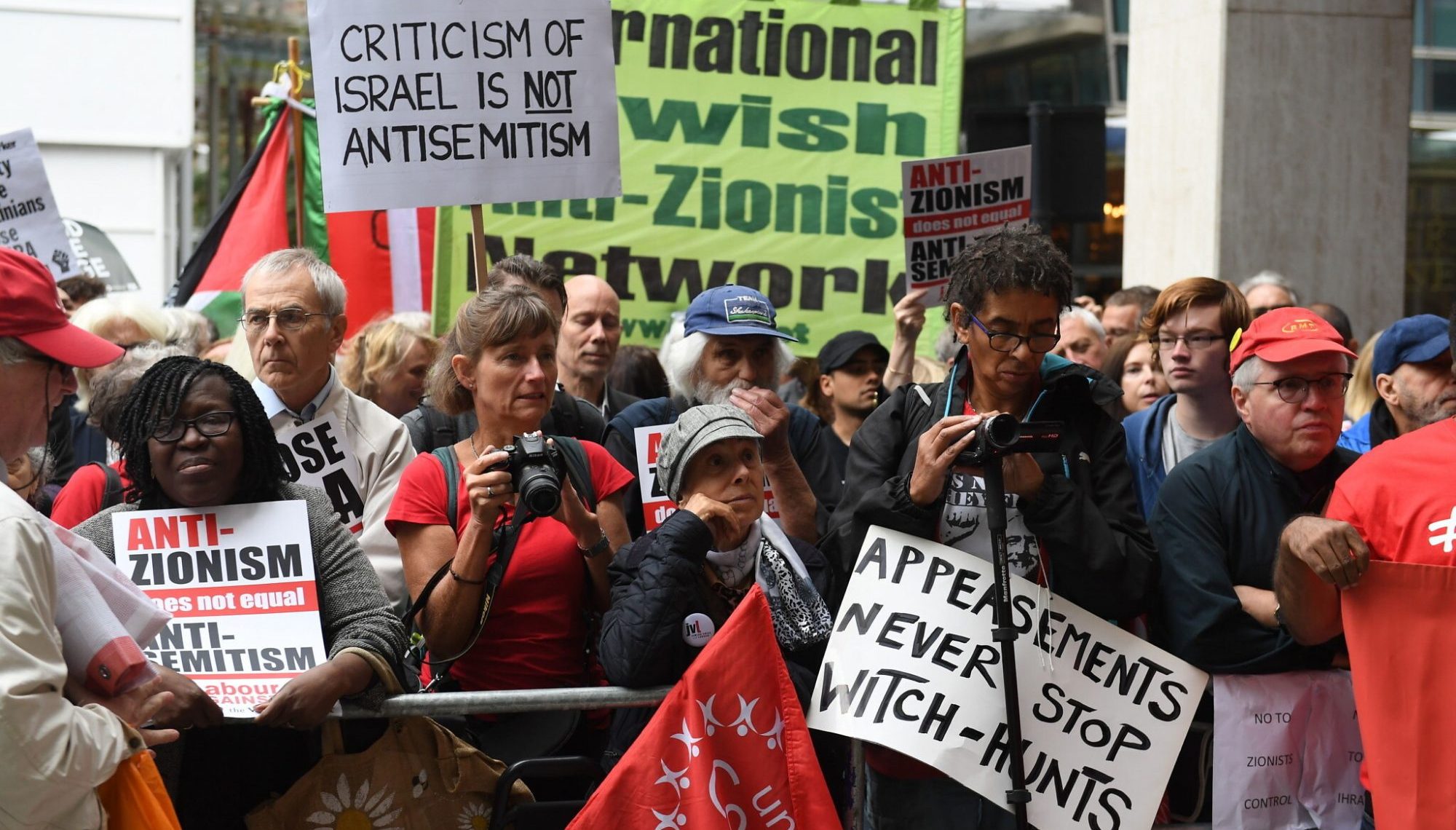 The problem amendment, called “Condemnation of Antisemitism and Adoption of IHRA Definition”, was submitted by Rep. Howitt (R. Seekonk) as amendment #300 to the state budget bill, H.4000.

With only two days to respond before the amendment was considered, Jewish Voice for Peace- Boston, Massachusetts Peace Action, the Alliance for Water Justice in Palestine, and the Unitarian-Universalists for Justice in the Middle East mobilized quickly and contacted representatives and Palestinian rights supporters. Over 400 people wrote to Aaron Michlewitz, chair of the House Ways and Means Committee, to other Ways and Means leaders, and to their own representative and senator, warning of the serious damage that would be done by the amendment.  Legislators expressed their views as well.  One progressive representative, Liz Malia, who had signed on to the amendment thinking it was a legitimate anti-discrimination measure, dropped off the list of supporters once she realized what it really meant.   The amendment was then removed by the Ways and Means committee, effectively killing it.

Elsa Auerbach of JVP Boston wrote this analysis of the amendment on behalf of the groups that worked together to oppose it:

We condemn antisemitism, Islamophobia and all forms of racism. But this amendment is the wrong way to fight anti-Jewish hate.

The IHRA definition is hugely controversial.  More than two hundred global experts on antisemitism, holocaust and Jewish studies who signed the Jerusalem Declaration on Antisemitism have repudiated the IHRA definition as inadequate and misleading. They have asked governmental organizations not to sign it.  The American Civil Liberties Union, the Centre for Constitutional Rights, the Foundation for Individual Rights in Education, the National Lawyers Guild, and and other civil rights organizations have condemned it on constitutional grounds. Over two dozen US based Jewish organizations oppose codifying it into law.

The IHRA definition is deceptive. Rather than focusing on right-wing white supremacist attacks on Jews, this definition says promotes the view that it’s anti-Semitic to criticize Israeli violations of human rights, international law, and discrimination against Palestinians.  That actually makes it harder to identify actual forms of anti-Jewish hatred.

The definition threatens to silence our free speech in order to protect Israel.  Speaking out against violations of human rights and international law is protected political speech that has nothing to do with discrimination based on religion.  The first amendment protects our right to condemn the policies of any government.

This was just one more effort by Rep. Howitt (after his multiple failed prior bills and amendments) to get the Massachusetts legislature to penalize those who oppose Israeli policies.   Congratulations to those who mobilized quickly and successfully stopped this anti-democratic amendment.

This experience once again highlights the extreme secrecy and undemocratic procedure that the Massachusetts House of Representatives follows. Critical amendments are decided on three days after being posted.  The meeting at which the amendment was discussed was not open to the public or even to legislative staff, but only to legislators, and no record was published of the discussion.   The amendment was rejected by the Ways and Means Committee leadership who then posted an amendment package.   That amendment package was then passed a few hours later by a vote of 159-0 with 1 not voting.  The Act on Mass coalition has been campaigning for the House to do its work with full transparency. It abysmally failed at transparency this week, as it does every week, although the outcome was a good one in this case.

Massachusetts Peace Action is the state affiliate of Peace Action, the nation’s largest peace organization, founded in 1957 as the Committee for a Sane Nuclear Policy (SANE). Peace Action works to abolish nuclear weapons, promote government spending priorities that support human needs, encourage real security through international cooperation and human rights, support just and nonmilitary solutions to the conflicts in Afghanistan, Iraq, Syria, Yemen, and Palestine, and prevent war with Iran, Korea, Venezuela, and China. The public may learn more and take action at masspeaceaction.org.  For more up-to-date peace insider information, follow us on Twitter, Facebook, Instagram or Youtube at @masspeaceaction.